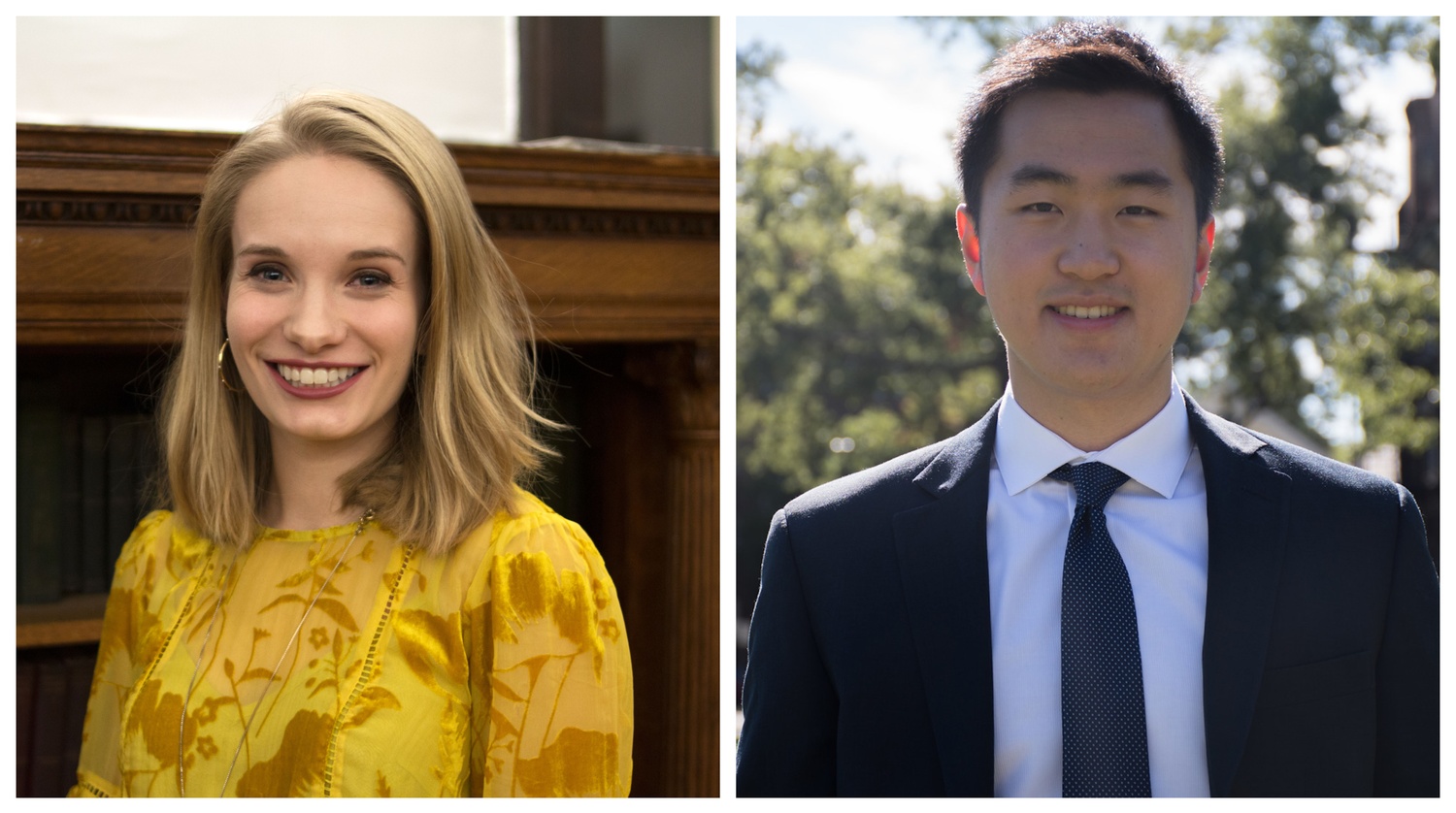 Two Harvard seniors — Brittany N. Ellis '19 and Jin K. Park '18-'19 — have won the prestigious Rhodes Scholarship and will continue their studies at the University of Oxford next year, the American secretary of the Rhodes Trust announced Saturday.

Park is the first beneficiary of the Deferred Action for Childhood Arrivals program to become a Rhodes scholar in United States history. This year marked Park’s second time applying for the Rhodes — and the first year that DACA recipients were eligible for the scholarship.

DACA is an Obama-era initiative that allows undocumented youth to legally live and work in the U.S. President Donald Trump sought to repeal the program in Sept. 2017, but his work to end DACA met with significant legal challenges. The phase-out is currently on hold pending action in court.

Last year, Park was ineligible to apply for the Rhodes under the scholarship guidelines then in place. He went for it anyway. Operating with support from Harvard's Office of Undergraduate Research and Fellowships, Park underwent the rigorous application process in the hopes that undocumented students might eventually be considered for the honor.

Though he was not selected last year, Park's application caused the Rhodes Trust to rethink their criteria for DACA recipients, according to URAF Director Gregory A. Llacer.

“It basically was this kind of watershed moment, that [Park’s] application and his fortitude opened up,” Llacer said. “So it’s really gratifying to see him be successful.”

Park said in an interview that his undocumented status has formed his academic interests and career aspirations. A concentrator in Molecular and Cellular Biology with plans to go to medical school, Park said he wants to use his medical training to improve health-related policy for immigrants.

“Growing up as an undocumented person in New York City, I had a lot of formative experiences that have taught me that it’s important for me to use my talents and my educational training to give back to the undocumented community,” Park said. “And I wanted to do that through the lens of healthcare.”

Park is the founder and co-director of the non-profit organization Higher Dreams, which aims to help undocumented students navigate the college admissions process.

At Oxford, Park said he will pursue Masters degrees in Global Health Science and Epidemiology as well as Migration Studies.

“I proposed the Migration Studies to gain skills that I can use in the field to responsibly record and document the narrative and the lives of undocumented immigrants in New York City,” Park said.

Park and Ellis are among 32 American recipients of the 2019 Rhodes Scholarship, which pays for several years of postgraduate study at Oxford. Over 350 Harvard students have been selected as Rhodes Scholars since the program’s establishment in 1902, meaning the College has graduated more Rhodes scholars than has any other university.

This year's group of winners boasts the greatest number of women — 21 — ever elected to an American Rhodes class. Nearly half of the class are immigrants or first-generation college students.

Rhodes hopefuls must seek endorsements from their college or university; this year, more than 2,500 sought endorsement and 880 were ultimately endorsed by 281 unique institutions.

Ellis — a Crimson news executive — said she has been thinking about the Rhodes since she was 10 years old. She said she has always been “interested in learning for as long as possible.”

“[The Rhodes scholarship] seemed like the pinnacle of research and scholarship and I knew from a young age that I loved school, that that's what I wanted to do with my life,” Ellis said.

Ellis’s interest in the Rhodes matches her passion for museums. She said she has been “enraptured” with them since she was 12 or 13 years old.

“I think that they are the best institutions to bring people together to learn about contemporary and past societies,” Ellis said.

An Anthropology concentrator, Ellis said she hopes to pursue a Masters in Visual, Material, and Museum Anthropology at Oxford. Ultimately, Ellis hopes to practice “cultural research” and help institutions like museums and universities “tell the stories of cultural objects.”

She noted that both museums and universities are associated with “colonial and imperial pasts,” but said she hopes to change that culture by designing exhibits that reflect both scientific and community interests. Her dream job is to work at the British Museum.

“I'm really committed to making sure that those institutions and projects going forward are as inclusive, accessible, and mutually beneficial as they can be,” Ellis said.