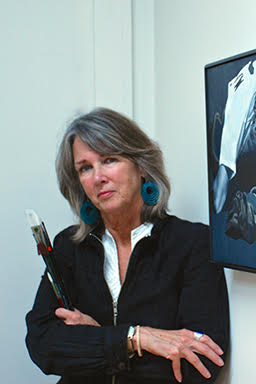 When painter Susan E. Miller-Havens opened the first ever artist-operated gallery in Harvard Square earlier this fall, the development and rising rents of the Square had long been on her mind. Miller-Havens, who has two works displayed in the Smithsonian National Portrait Gallery, has lived in Cambridge since 1968. Two years ago, she came face to face with a redevelopment project that made her plans for the near future inextricable from the state of the Square. Strolling among dozens of her paintings arranged salon-style at 9 JFK Street, Miller-Havens spoke to The Harvard Crimson about her gallery’s role in the Square and the challenges of her profession.

The Harvard Crimson: You’ve said the title of this exhibit, “Now You See It Now You Don’t,” refers to businesses closing in Harvard Square. Why is it important to send this message?

Susan E. Miller-Havens: Harvard Square is a wonderful, wonderful place full of eclectic, family-run businesses. Regency Centers purchased this block, including Curious George, Tess, and Urban Outfitters about two and a half years ago for 84 million dollars. Every day we come to work, there’s another business that’s gone because of the rent.

THC: How have you and the Harvard Square community responded to the development?

SEMH: I belong to the Harvard Square Neighborhood Association and Harvard Square Business Association, and we have been at Regency about their empty storefronts and the fact that there’s no art in the Square because it’s not affordable. It’s not something any artist would think they would ever do, unless they were extraordinarily wealthy. Regency has listened to the community and did scale back a lot of what they were going to do. It is still an enormous project which is supposed to begin in February.

THC: Why did you open this gallery at 9 JFK Street?

SEMH: My present studio is at 18 Brattle Street, where I’ve been for seven or eight years. I felt I needed to start packing up and figuring out where I’m going in February. I had a problem with putting my inventory in storage for however long it takes them to finish this, and we don’t even know if we can afford to come back. The property manager suggested I look at this storefront. I said that was very nice, but I couldn’t afford it, and she said I could pay the rent that I’m paying and be here for four months.

You could sit here all day long and watch the people walk by. It’s just fascinating. A lot of people that come in are surprised because they think the sneaker store is here and because there aren’t any art galleries in the Square. They’ve never had anything like it.

THC: What plans do you have for your time here?

SEMH: This was a sneaker store, and it’s absolutely perfect for a gallery. The lighting is perfect. All we had to do was paint the walls. I’d really like this gallery to be a place where people enjoy coming in. I’m planning to have some events here, some music. I wish Regency would understand that to have a space like that in Harvard Square would really be important, but it’s not their priority. For the next four months, we’ll just make use of it and, hopefully, be able to sell some of my inventory so that I’m not in dire straits in February.

THC: What is your favorite memory of Harvard Square?

SEMH: What I remember most of all is walking down the Palmer Street alley and down the stairs to Club 47 to hear Paul Butterfield. I could not believe we were going do that in this very small place, sitting right up front. In those days, you didn’t have to go to the Orpheum Theatre or Boston Garden or some huge venue to hear a musician.

THC: Another Cambridge location that houses your art is Cambridge City Hall. How was your experience painting former Mayor Alice K. Wolf for that space?

SEMH: The mayor didn’t want to have her portrait painted at all to begin with. Part of the problem was that some of the paintings done of former mayors that hang down in City Hall. [sic] There are some really beautiful paintings down there, but some are just very uninspiring. It’s all men in there, and almost everybody has a red tie on. I think she thought I would be able to do something different, and she wanted a local woman to paint her portrait.

She loved to wear scarves, so I had her bring a whole box of scarves so I could find something that didn’t look like the wallpaper. We had a wonderful time. In Alice’s portrait she is gesturing, which is what she did constantly. When I told her that, she didn’t quite believe it until I showed her the photographs.

THC: You received your Doctorate in Human Development from the Harvard Graduate School of Education. How did your psychology background inform your pieces here?

SEMH: When you try to get to know someone — I was a therapist in the past — it’s often helpful to not stare at them and to give them space. In the “Women’s Best Friends” I wanted to capture that if that if you know the person, you will know her by simply the way that she’s sitting, and, by her relation to the dog, the loyalty the dog has to her. The other psychological part is the absence of background. I want you to be drawn into the person and not into the space behind.

THC: What is the most difficult part of the painting process?

SEMH: People say, “Painting, it must be so much fun!” Well, actually, it’s not fun at all. It’s only fun if it works. When the painting doesn’t speak to you at all, when it doesn’t move you at all, there’s something wrong with it. It has to sing somehow. And it’s also physically hard work.

THC: What are you working on next?

SEMH: At this point in my life, I don’t have the energy to paint big pieces anymore. I’m looking for some more inspiration, and I got a little inkling of it a couple of weeks ago. When you’re putting on something like this and have to be an administrator, it doesn’t lend itself to painting. I have to go back to my studio and close the door and make myself do something.

—Staff writer Liana E. Chow can be reached at liana.chow@thecrimson.com.