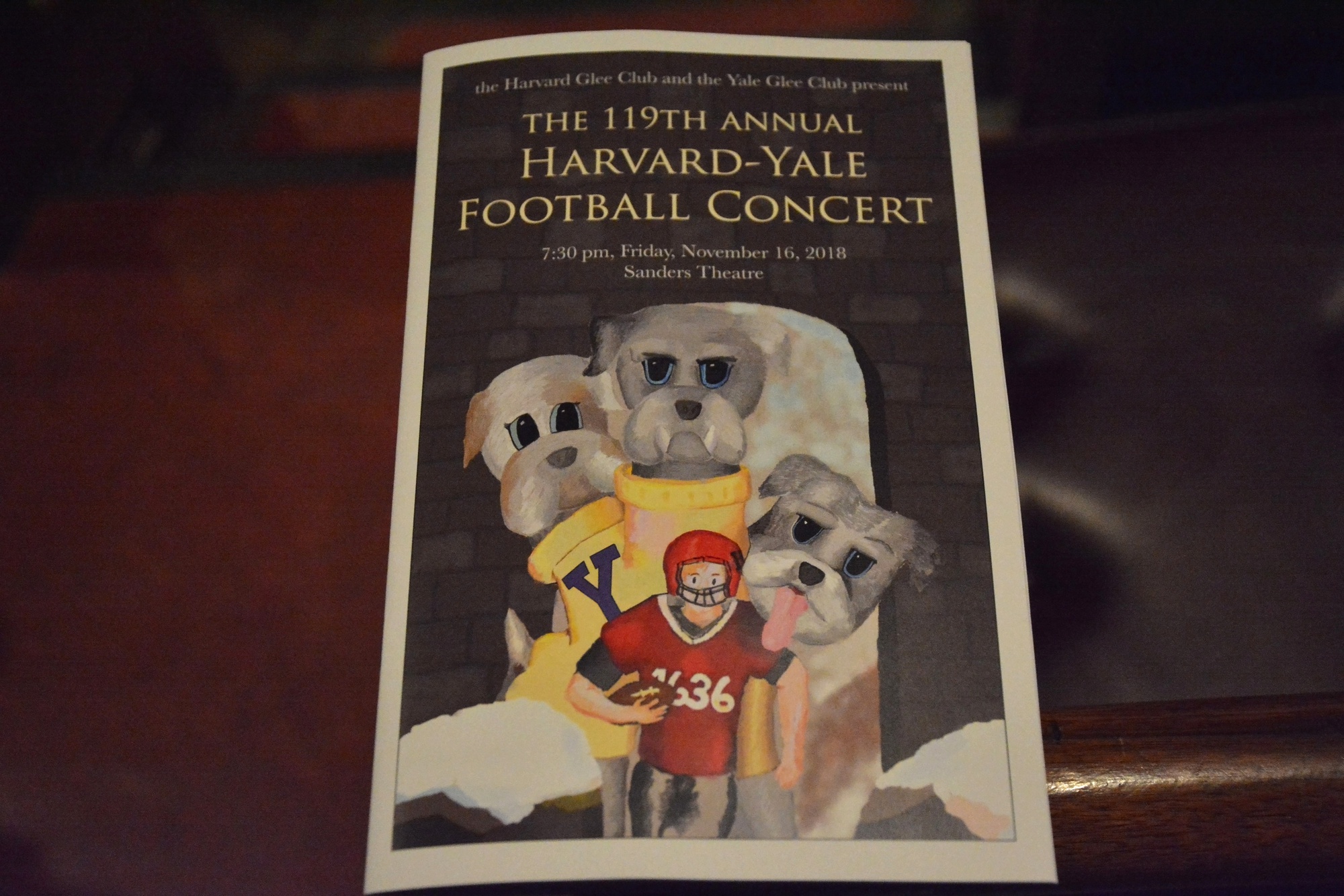 The night before the 135th playing of The Game — as football players for both Harvard and Yale prepared to do battle on the gridiron — student singers took the historic rivalry to the stage.

Glee clubs from both Harvard and Yale mounted the wooden dais at Sanders Theater on Friday, Nov. 16 to perform the Harvard-Yale Football Concert, an annual joint production. Yale's mixed undergraduate choir sang alongside Harvard's Tenor-Bass choir, an affiliate of the Radcliffe Choral Society. The concert closed, per tradition, with a number sung by both students and alumni.

Below, relive the evening in photos. 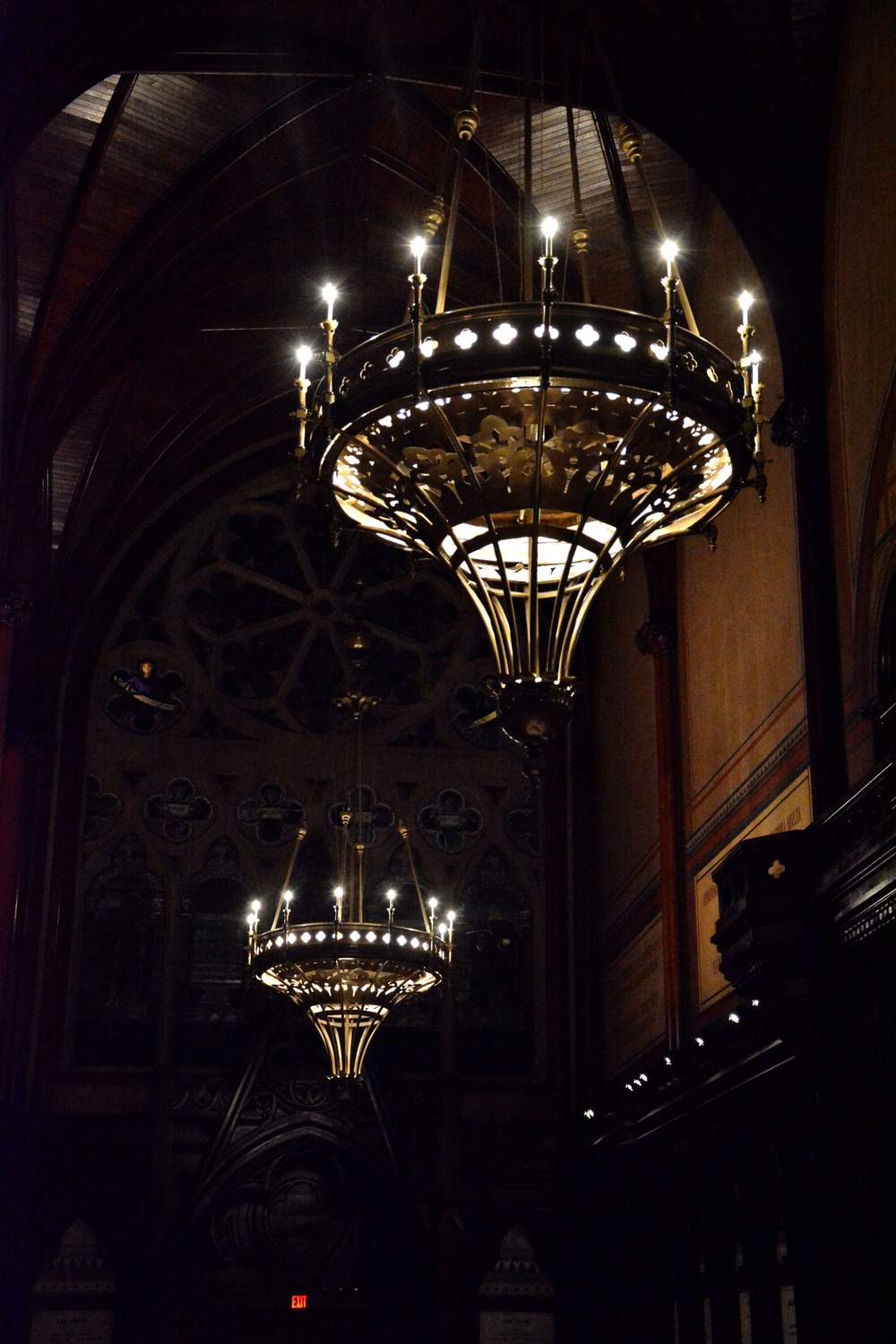 Sanders Theater has long been the venue of choice for Harvard choral groups. Singers point to its historic value — completed in 1875, it is a member of the League of Historic American Theatres — and its stellar acoustics. 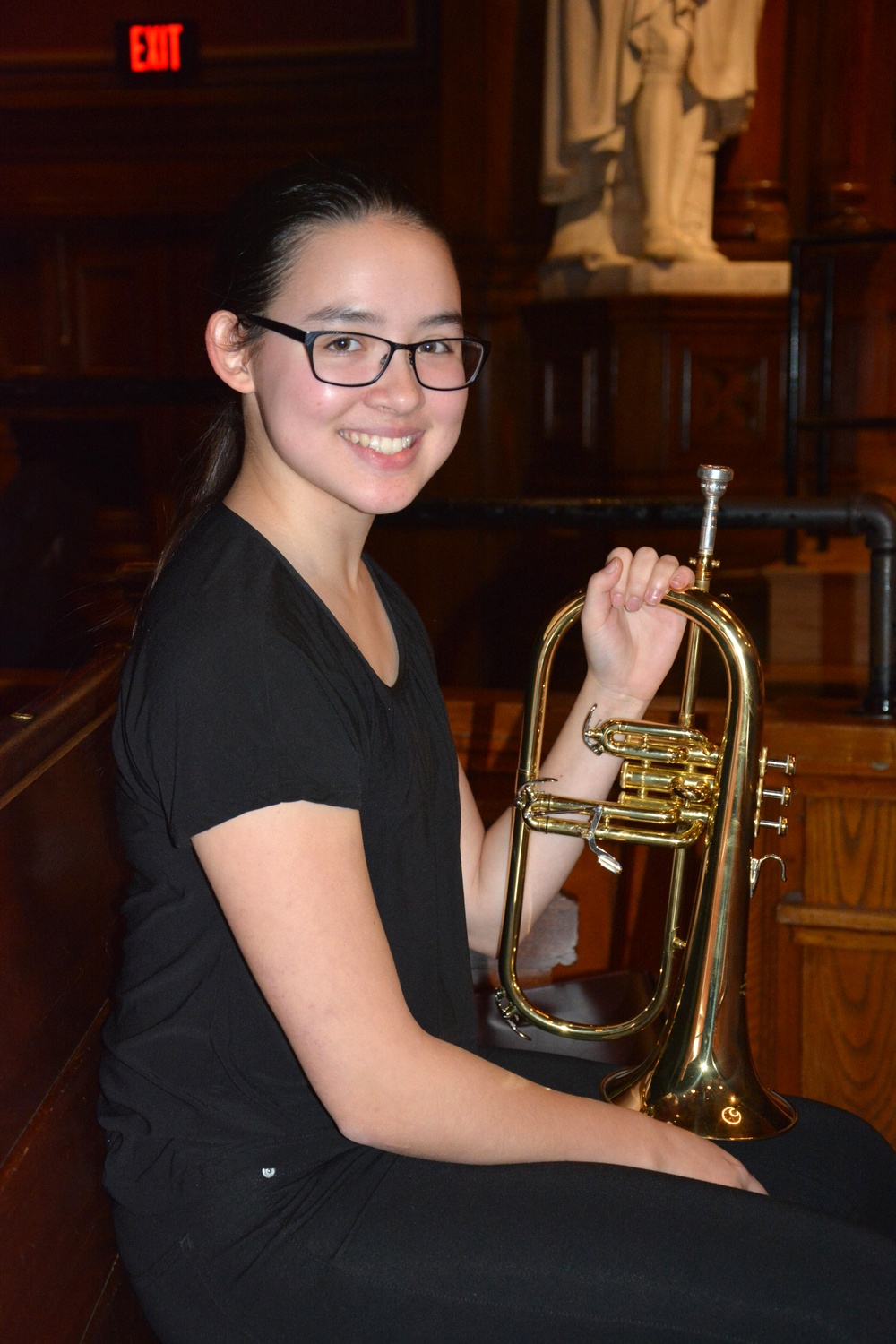 Nina K. Chung '22 of Virginia accompanied the Harvard Glee Club for two songs on the flugelhorn. A member of the Harvard Wind Ensemble and the Bach Society Orchestra, Chung said she stays very involved in the music department at Harvard. She noted in an interview that flugelhorn soloists rarely get the chance to accompany vocalists and said she felt excited to play at the concert. 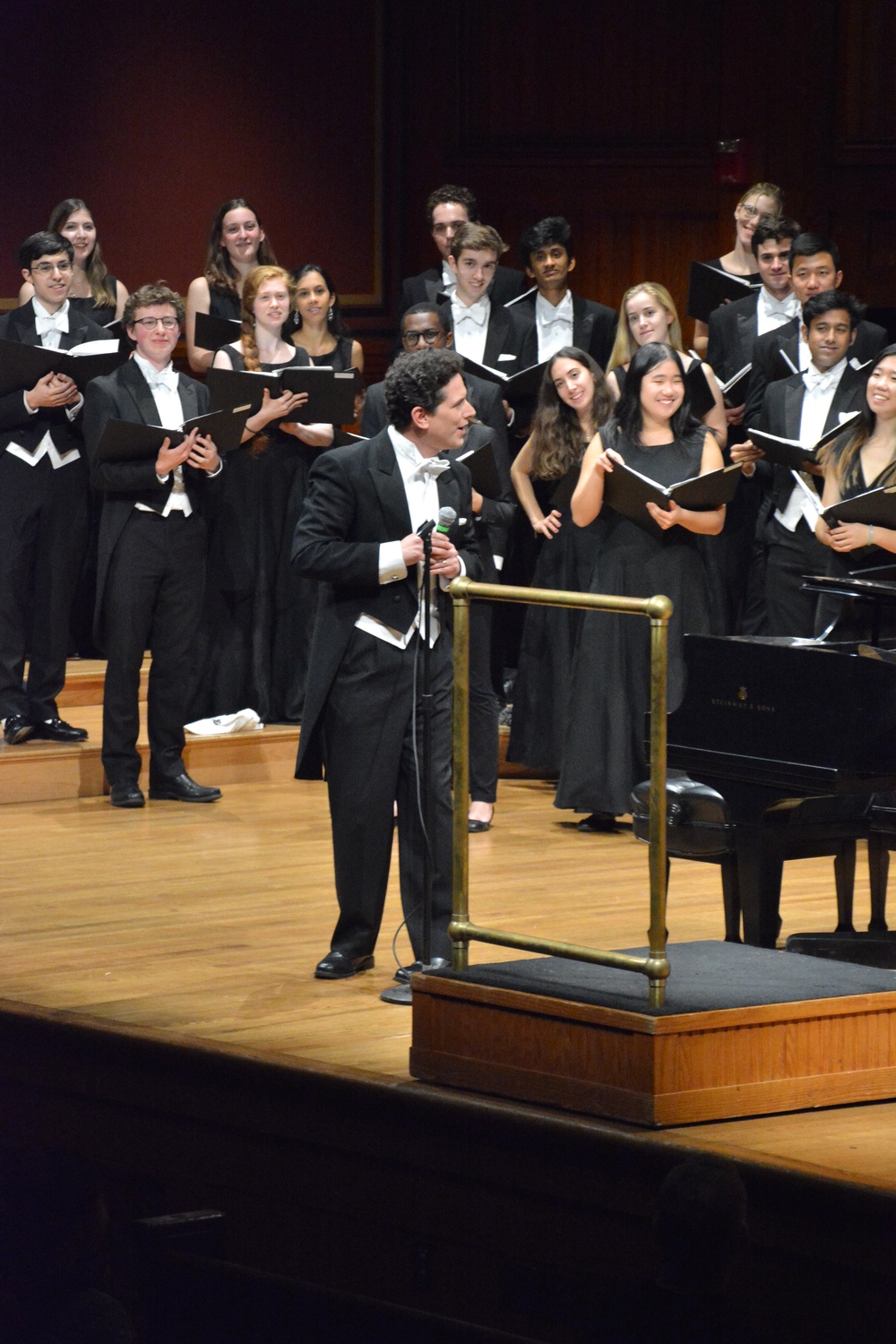 Members of the Yale Glee Club chuckled when director Jeffrey Douma momentarily misremembered the lyrics of a composition he was introducing. 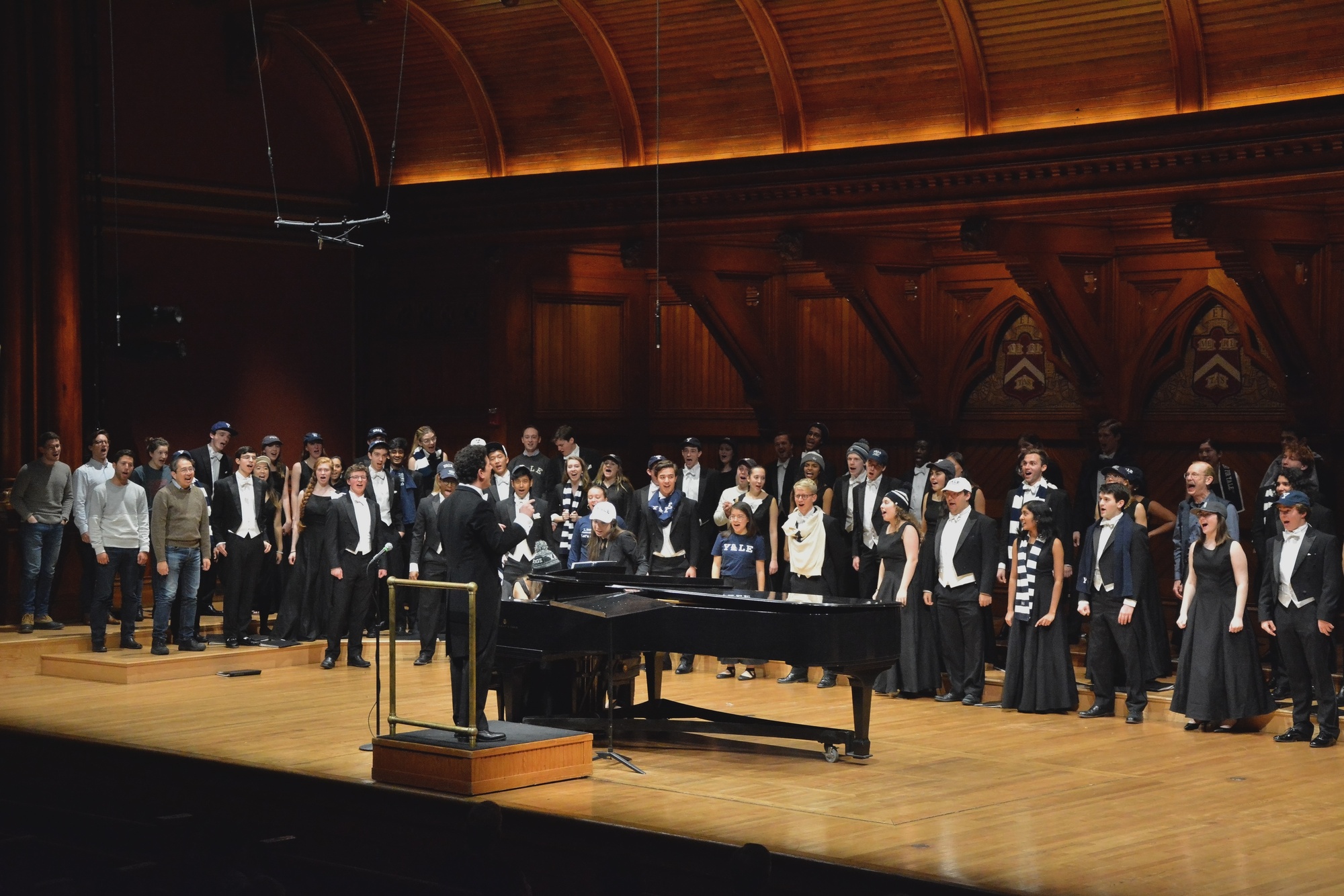 The Yale Glee Club quickly switched into Yale apparel as they sang the Yale Football Medley with alumni onstage. 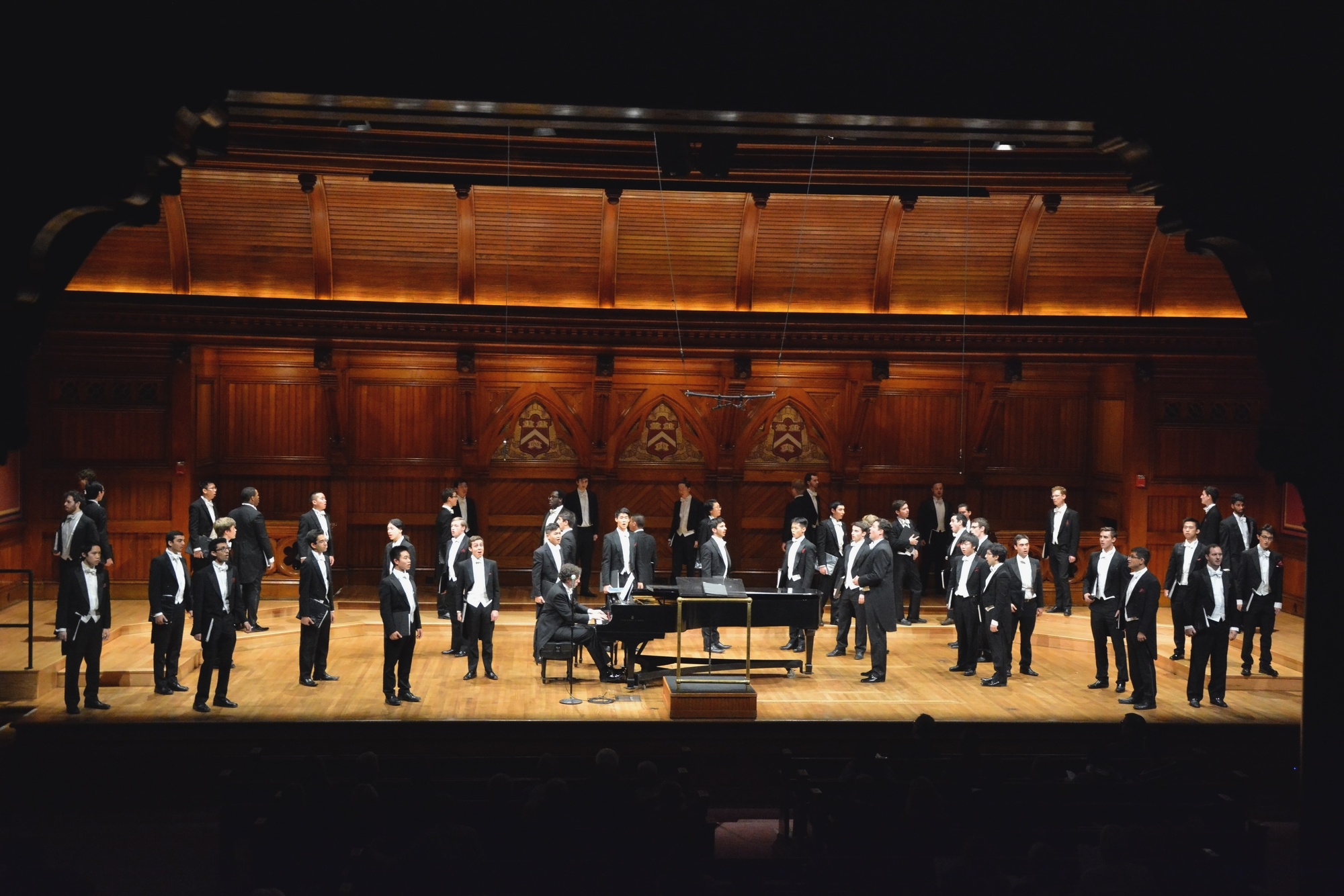 Harvard’s choir positioned performers in an unconventional orientation during the opening song — a strategy meant to allow singers to move about the stage as the number progressed. 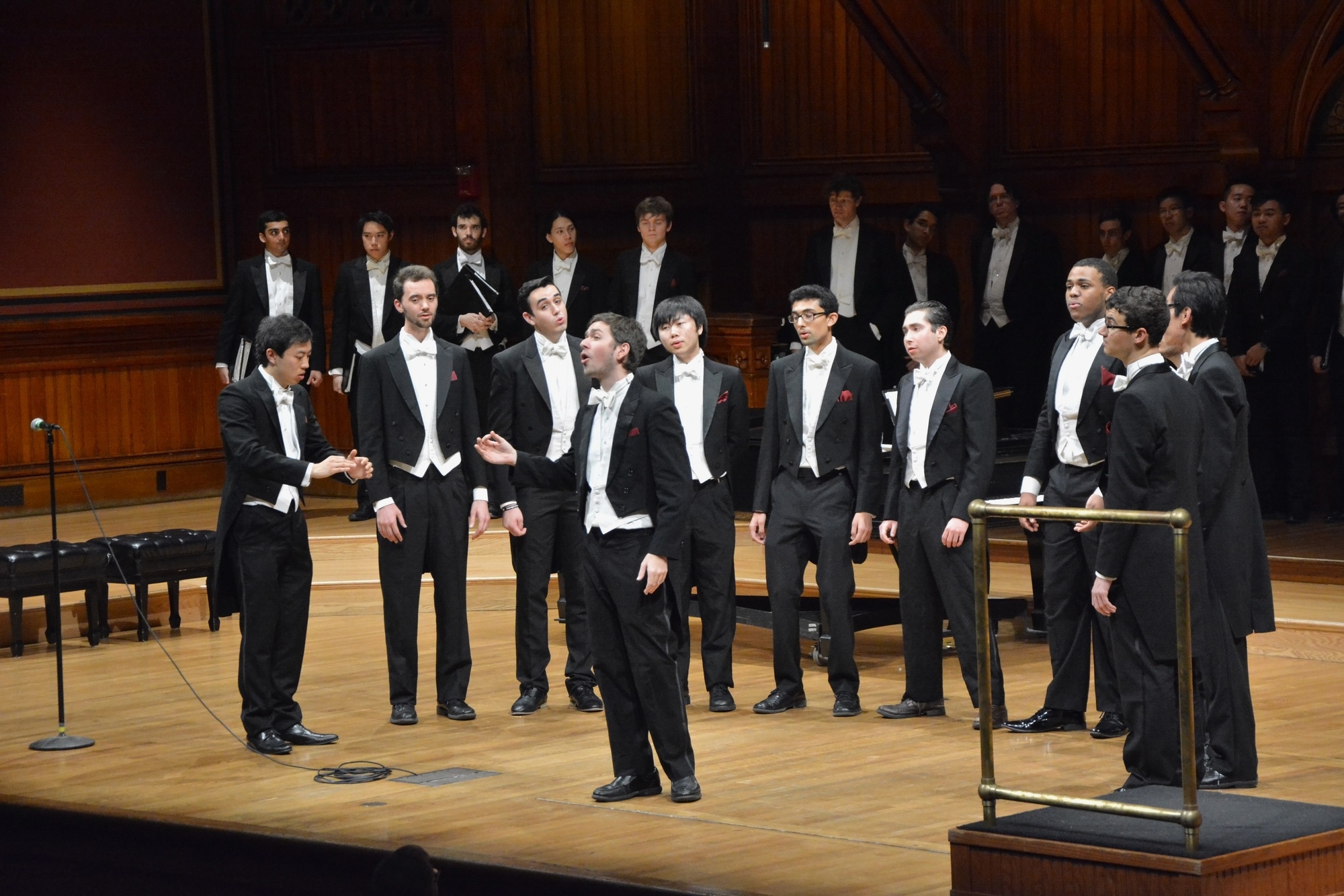 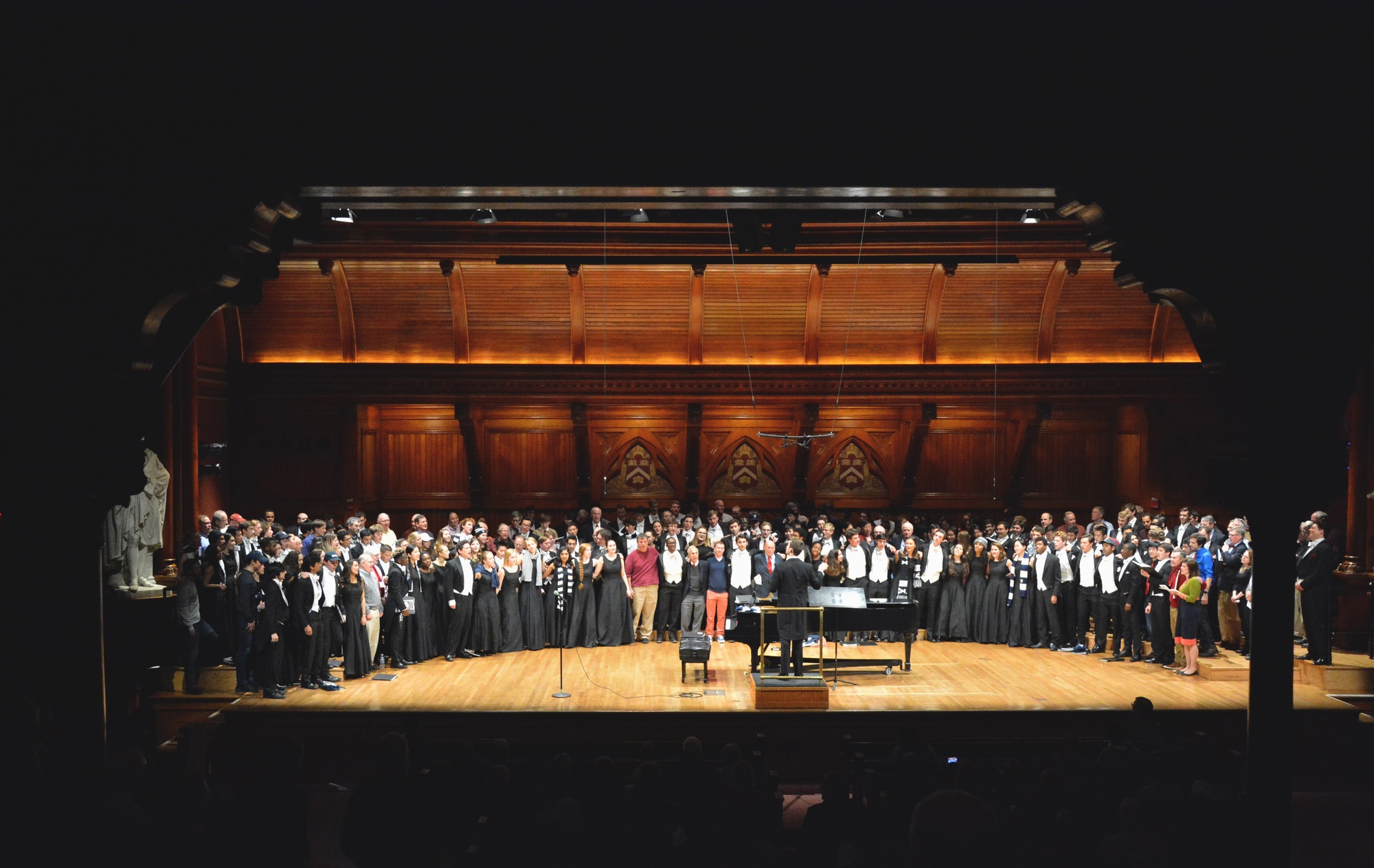 The concert ended with a joint performance by the Harvard and Yale Glee clubs; alumni from both groups joined in to sing “Bright College Years” and “Fair Harvard.” 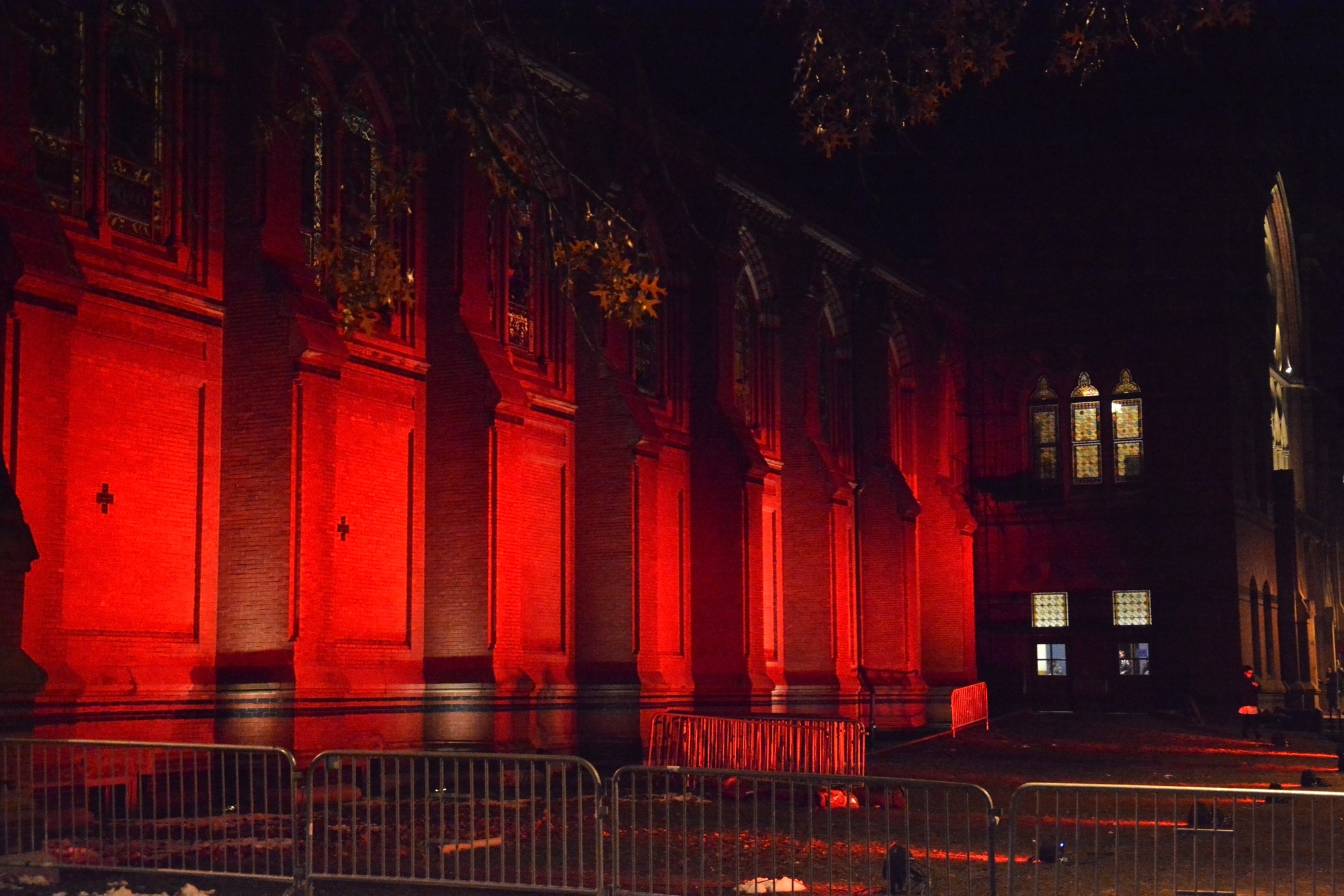 As spectators exited Sanders Theater, they met with the sight of Annenberg dining hall, lit up in Crimson red in support of Harvard football.