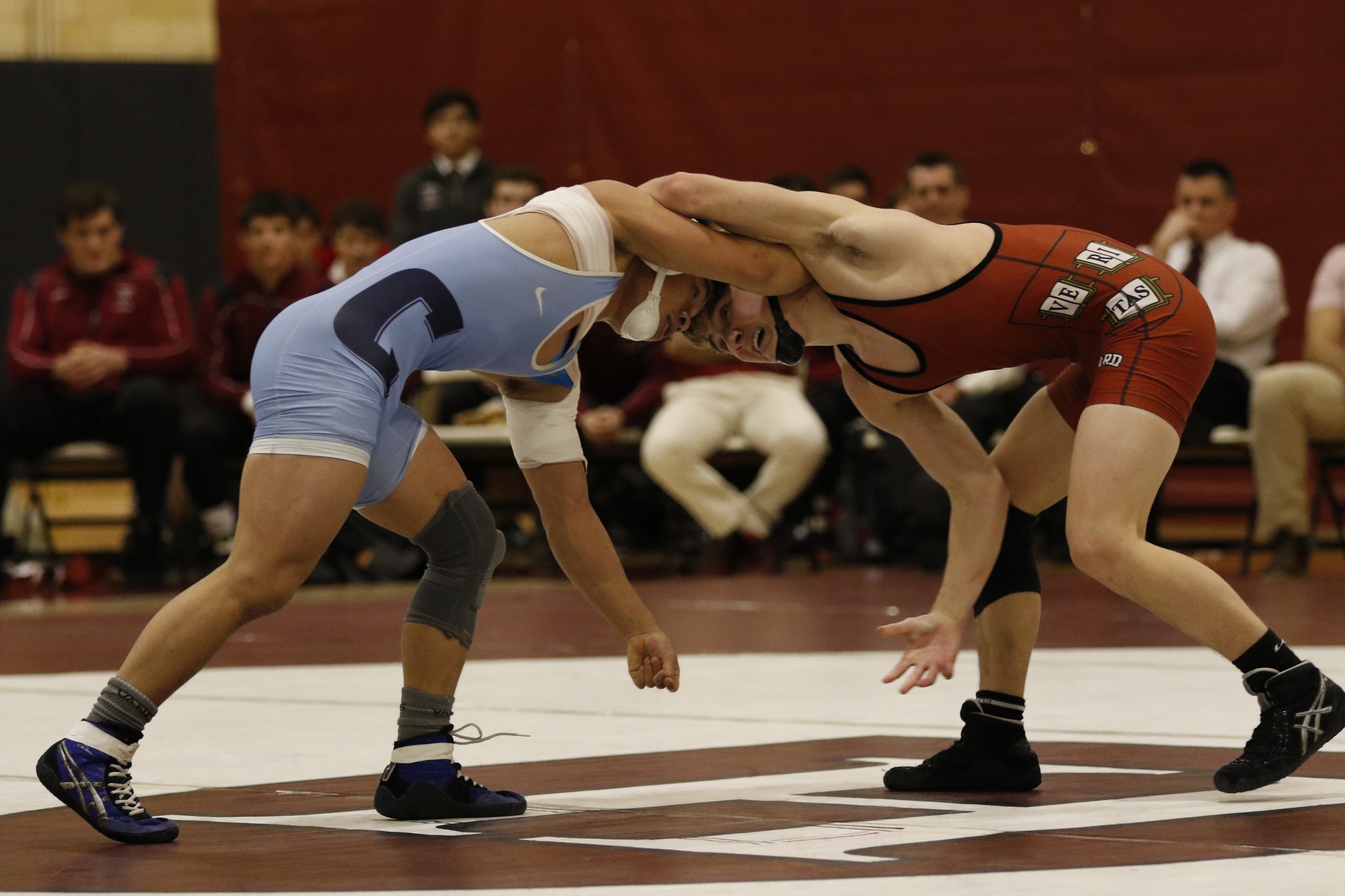 This weekend, the Crimson will be heading across the country to take on some of the nation’s top competition at the Cliff Keen Las Vegas Invitational. The field features 42 teams, headlined by a strong core of top-caliber programs. No. 2 Ohio State, No. 5 Michigan, No. 6 Missouri, and EIWA conference foe No. 8 Cornell highlight the tournament and should give Harvard an opportunity to compete against the nation’s best.

“It’s super exciting. This is the biggest tournament of the year for us outside of post-season,” said sophomore Lukus Stricker (133 pounds). “It’s our best chance to go in, give our all against some really talented guys, try to knock off some really big names, and make a name for ourselves.”

Echoing a similar theme, senior Nolan Hellickson (125 pounds) recognizes the weekend as an opportunity to send a message to other competitors, particularly rivals and familiar foes.

“It’s a prime opportunity...to try to make a big statement before the bulk of our dual meet season,” Hellickson said.

The Crimson will be looking to build off of a series of top individual performances from its last meet, the Keystone Classic in Philadelphia, Pa. Six Harvard wrestlers pushed themselves to top-six finishes, with junior Hunter Ladnier (157 pounds) and freshman Joshua Kim (165 pounds) fighting their ways to third-place honors. This pair in particular will look to keep up momentum after a hot start, having compiled top-five finishes in their respective weight classes in consecutive meets.

Outside of these two wrestlers, the Crimson showed a great deal of depth in its attack in Philadelphia, including strong bouts by Stricker and Hellickson. Going into this weekend, while different weight classes could mean varying dynamics by individual wrestlers, a universal goal will be to stick to the game plan and not let the opponent set the tempo and style.

“I just have to control the pace of the match, dictate my ties, and get to the holds that I want to be in,” Stricker said.“I think if I wrestle with confidence, there’s not really many people out there who should be able to beat me.”

Beyond sticking to individual game plans, another key for Harvard will be to keep the mechanics simple and tune out the fanfare that surrounds a major tournament. With so talent topping each weight class, tunnel vision will be crucial.

“The biggest thing is just taking it one match at a time,” Hellickson said.

Regardless of the result, the weekend should resonate with the Crimson considering the team will not return to the mats until Dec. 29 at the Ken Kraft Midlands Championships. Realizing that this match could set the tone for a long time, even into the conference season in the new year, the wrestlers will be locked in.

“It would be huge to have a really solid tournament here, carry that energy for the next month through our training, and then carry that into Midlands. This one is really important for us,” Stricker said.

More tangibly, the invitational could have major postseason implications.

“You have a big weekend here, and you’re pretty much set to qualify for NCAAs,” Hellickson said. “I think guys on our team are excited about that, and we all know there’s been a lot of work culminating up to this point.”