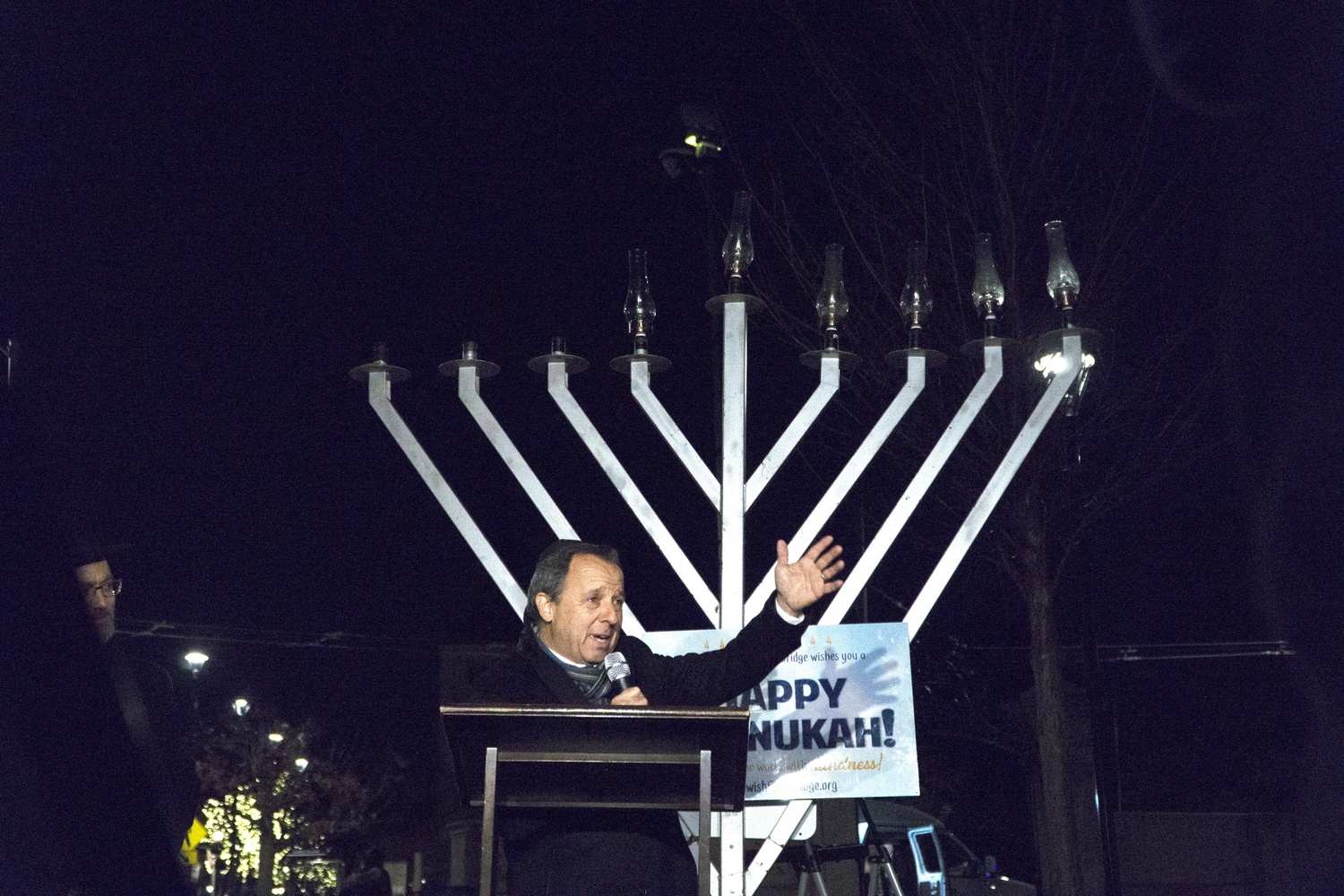 On the fifth night of Hanukkah, dozens of Harvard affiliates and locals gathered in Cambridge Common to light candles on a large silver menorah four days after an unidentified man deliberately knocked it down.

Cambridge police termed the Sunday incident a “possible hate crime” after witnesses reported seeing a man dismount a bicycle and push the menorah to the ground.

Thursday’s gathering marked one of two events held after the toppling of the menorah, placed there every winter for the past 19 years by Harvard Chabad. Chabad students also held a candle lighting earlier this week on the Widener Library steps.

The crowd gathered in the Common participated in typical Hanukkah festivities, singing “Ma’oz Tzur” — a traditional song — and eating latkes and frosted jelly doughnuts. But they also spoke about the toppled menorah and what one speaker termed “a time in which the fundamental principles of this country have been challenged.”

Sunday’s incident comes amid a rising tide of anti-Semitic events in the United States. On Oct. 27, 11 people died and six were wounded in a mass shooting at the Tree of Life Synagogue in Pittsburgh, Penn. The Anti-Defamation League reported that anti-Semitic events increased by 60 percent last year, marking the largest single-year spike on record. 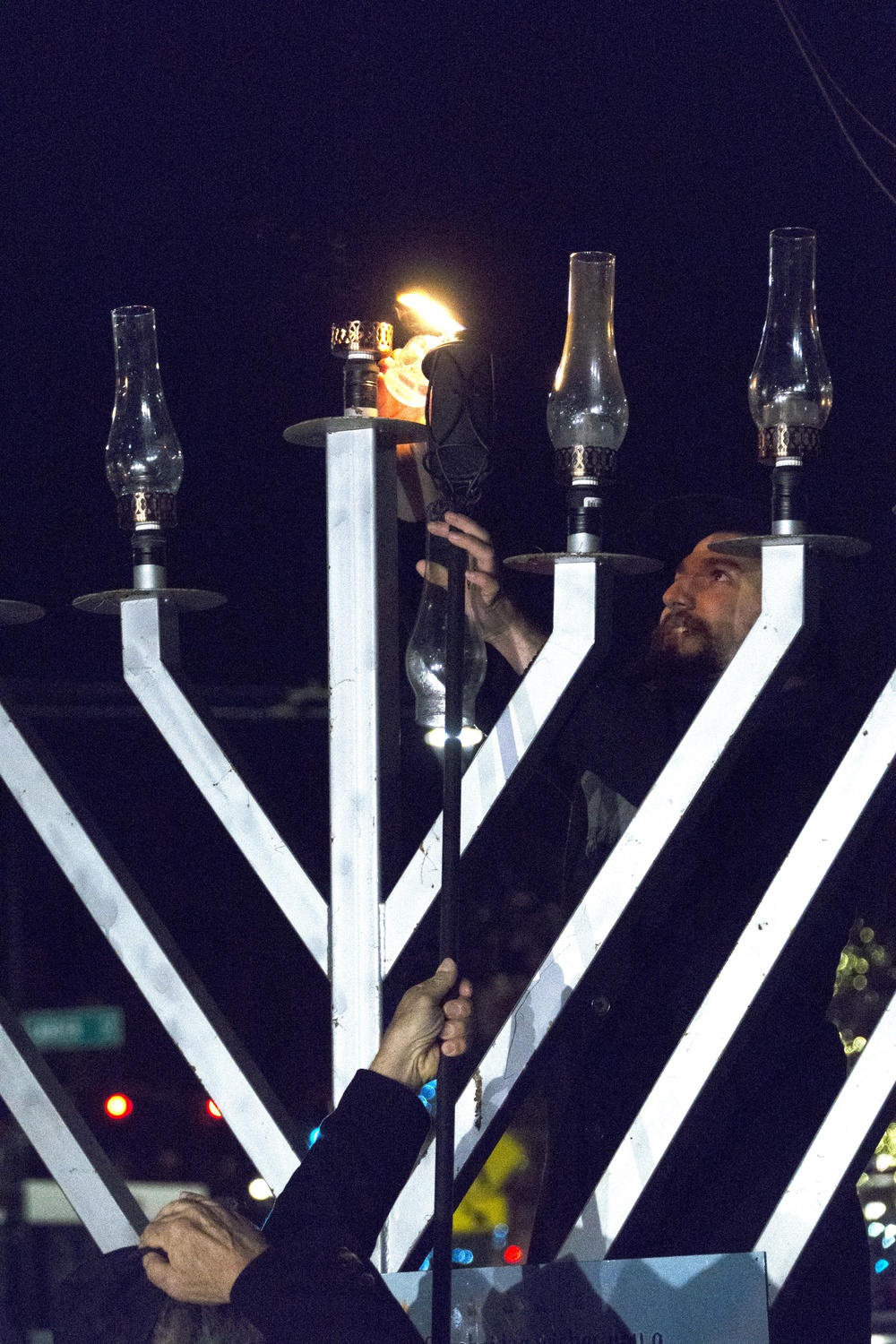 Harvard students and Cantabrigians gathered at Cambridge Commons to hold “a show of unity” after a man toppled the Menorah on Sunday. By Allison G. Lee

At Thursday’s lighting, Cambridge Mayor Marc C. McGovern thanked the Cantabrigians who pushed the menorah upright, including Harvard affiliate and Pulitzer Prize-winning journalist Ron Suskind. After seeing the menorah on the ground Sunday afternoon, Suskind and several others worked to restore the menorah while waiting for the police to arrive.

McGovern presented Suskind and the other menorah-savers with certificates honoring their service to the city of Cambridge.

Several speakers at the event, including Suskind and McGovern, said they saw Thursday’s candle lighting as a show of unity.

“This generation is one in which horrible things have occured, each of them giving us an opportunity to show that thing we share,” Suskind said. “Before we said, ‘In God we trust,’ the motto of this country was ‘E Pluribus Unum’ — from many one — and I see that as the moment of opportunity now, that this diverse group of people got together and did something for the good of all.”

Others pointed to the meaning of Hanukkah, the symbolism of the menorah, and the importance of the candles. Rabbi Hirschy Zarchi, the founder and director of Chabad, said his group chooses to place the menorah in Cambridge Common each year because of its visibility to students and residents. He said he hopes people passing the menorah in cars or by foot can “listen to the message of the flames.” 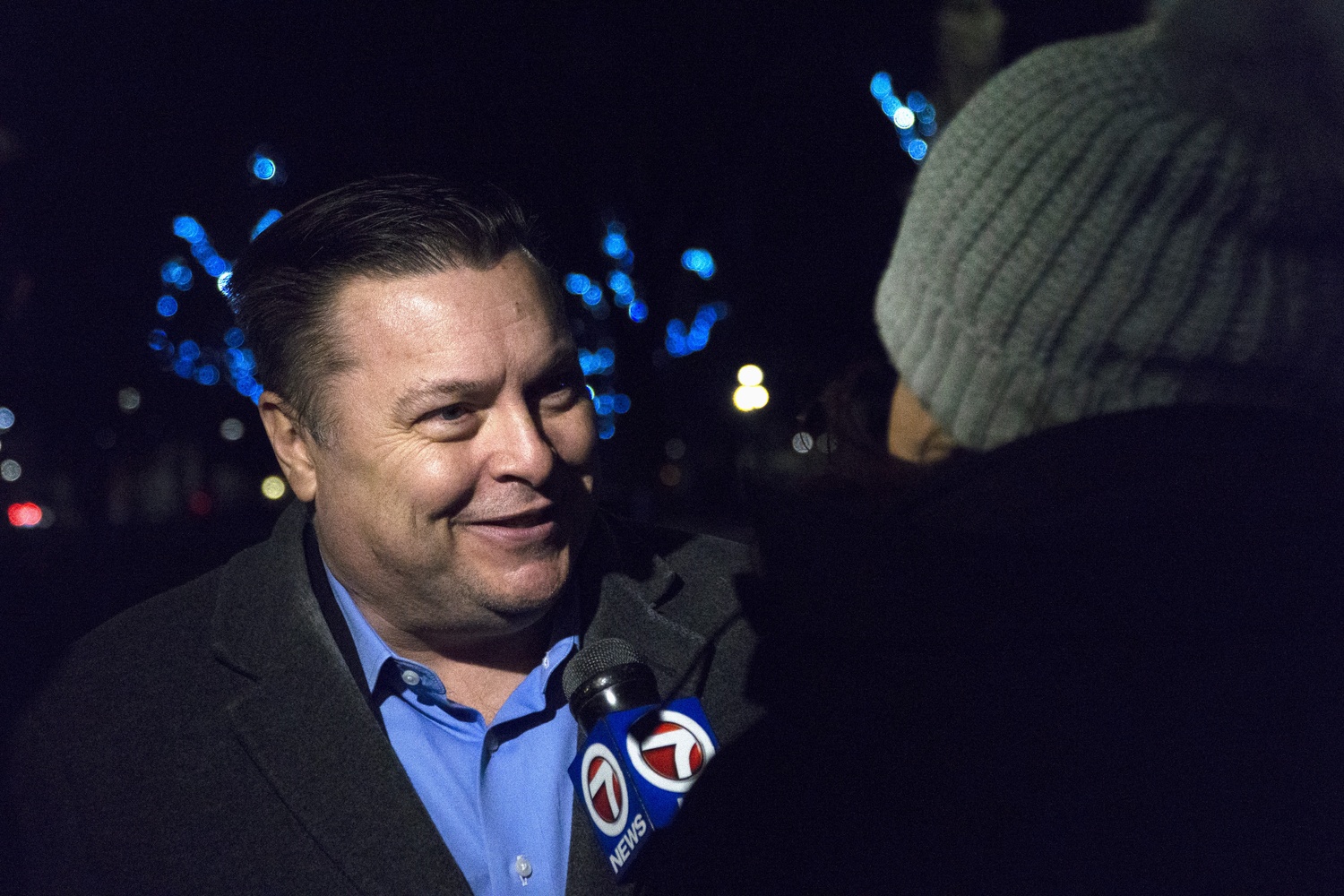 “We are focusing on the act of the response — that’s been what was unique about this event,” Zarchi said. “It was very much in the Hanukkah spirit: to restore, to rebuild, to introduce the light and dispel the darkness. That’s the story we tell, of love and light triumphing over darkness that drove this individual.”

Cambridge Police Department spokesperson Jeremy Warnick wrote in an email that the CPD investigation into the incident remains open, but that the Department has “yet to identify a suspect.”