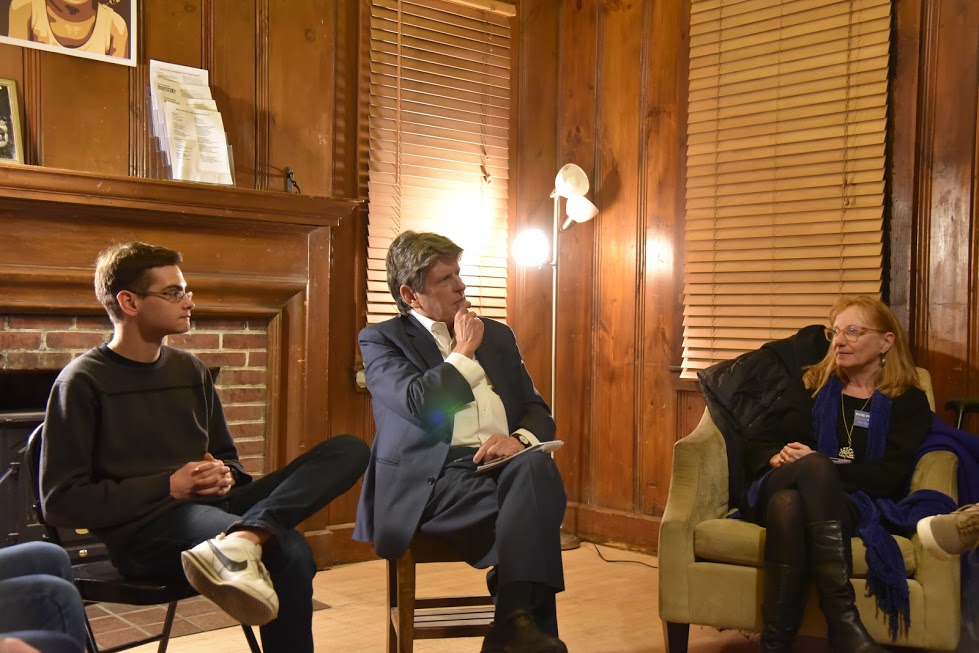 Activist and author Robert “Bob” K. Massie visited The Democracy Center on Friday to discuss his campaign for the Democratic nomination to challenge incumbent Governor Charlie D. Baker ’79 this November.

Massie was hosted by “Harvard Students for Massiechusetts”, a student group led by Ted G. Waechter ’18, a Crimson editorial writer. Throughout the conversation, Massie criticized the Baker administration.

Massie, a graduate of Harvard Business School, is one of three confirmed candidates in the Democratic primary. Jay Gonzalez, the former Secretary of Administration and Finance for Mass. under Governor Deval L. Patrick ’78, and Setti Warren, former Mayor of Newton, are also running.

In his speech, Massie—a self proclaimed “lifelong progressive”—discussed his focus on reducing economic inequality and placed particular emphasis on improving the Mass. public transit system and removing barriers to upward mobility.

Massie said the relationship between President Donald Trump and Baker, both Republicans, is a major concern.

“I think people are tired of Baker playing footsie with Donald Trump,” Massie said. “I worry that the country is really drifting in a dangerous direction and that we do not have the leadership in this state to fight back.”

Despite low approval ratings for Trump statewide, a majority of Mass. voters approve of Baker’s performance, according to a WBUR poll. Massie discussed Baker’s high approval ratings and the challenge of running against an incumbent.

“The governor wants to encourage this idea that he's unbeatable but that's a mistake, anybody can be beaten,” he said.

Massie ended the evening by taking questions from students and inviting them to visit his campaign headquarters. He urged them to remember their values and be passionate about them.