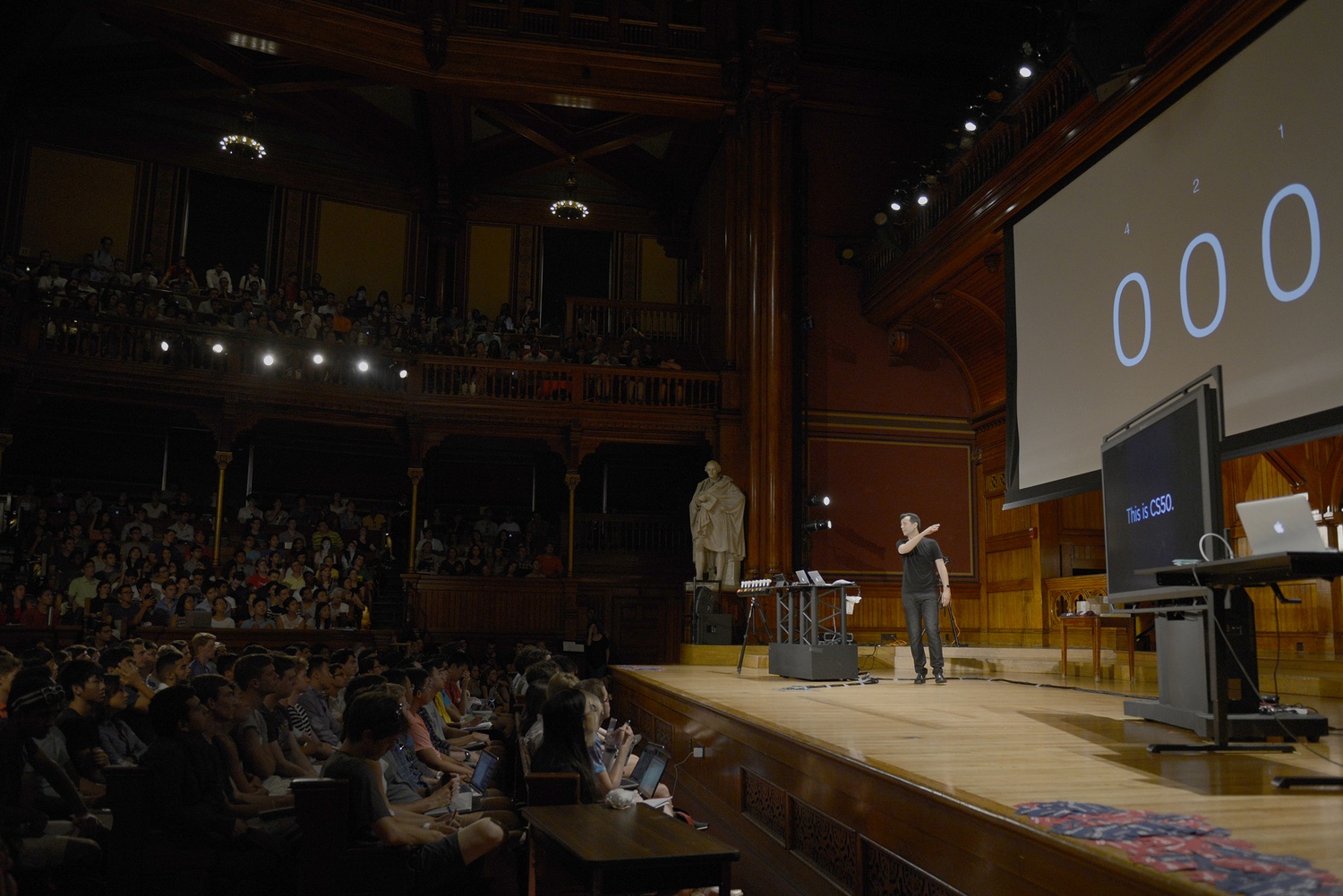 Staff for Harvard’s most popular Computer Science class have changed the way they report academic dishonesty cases to the Honor Council roughly a year after a wave of cheating in Computer Science 50 swept the class and stretched the Council to its limits.

Course staff also for the first time “collaborated” with an “academic integrity fellow” on issues of “academic honesty” every single week of the past fall semester, course head David J. Malan ’99 announced in a blog post Tuesday.

The Crimson reported in May 2017 that over 60 CS50: “Introduction to Computer Science I” students—roughly 10 percent of the course’s total fall 2016 enrollees—appeared before the Honor Council to face charges of academic misbehavior.

In the wake of the cheating scandal, CS50 drew criticism from students and Honor Council members for staffers’ method of reporting all allegations of cheating in one batch at the end of the semester. Under this system, Malan did not check for cheating until near the end of the fall semester, when he ran an algorithm that flagged potential plagiarism, according to five current and former staffers.

Undergraduates and at least one member of the Honor Council said this method of checking for cheating caused CS50 Honor Council cases to take longer than other cases. Current and former course staff also said they believed this method disadvantaged enrollees, meaning students remained in the dark about possible violations of course policy for months.

Now, Malan has updated the way he and course staff report allegations of cheating to the Honor Council, according to his post. He wrote Tuesday that the majority of fall 2017 CS50 Honor Council cases were “referred within days of the submissions in question,” rather than together at the end of the term.

Malan detailed the responsibilities of the new academic integrity fellow—Erin Carvalho, a preceptor in Harvard's Division of Continuing Education—and explained she is also working with other Computer Science courses across the Faculty of Arts and Sciences, in addition to CS50.

Carvalho serves as the “primary point person for preemptive conversations” and “students’ confidant” in CS50, according to Malan.

Malan wrote he thinks some of the changes to the course last semester—particularly Carvalho’s involvement—helped reduce the number of CS50 students referred to the Honor Council for academic dishonesty between fall 2016 and fall 2017. Last semester, just 29 students appeared before the Council, representing roughly four percent of total course enrollees.

In a blog subsection titled “From Reactive to Proactive,” Malan called the reduction in cheating allegations “leaps forward.”

CS50 is also updating its penalties for late assignments, according to Malan’s blog post. Under a new policy slated to debut in fall of 2018, course staff will “minimize or waive” penalties given to students who request extensions specifically to avoid the temptation to cheat, Malan wrote.

The new lateness policy is inspired in part by a “near occasion of sin” policy previously instituted in a Princeton Computer Science course, according to Malan’s Tuesday post. The rule—established by Princeton professor Christopher Moretti—allows students to receive extensions with little or no penalty if they email the professor and explain they need more time because they will otherwise feel tempted to cheat.

“Christopher shared that he offers students faced with panic and temptation an even more proactive solution, this one for students themselves,” Malan wrote, referring to the “near occasion of sin” policy. “So will CS50 have something similar in Fall 2018.”

CS50’s current course syllabus already contains a “regret clause”—first introduced in fall 2014—that allows students who admit to cheating to avoid referral to the Honor Council if they self-report their dishonesty within 72 hours. Undergraduates who report themselves are subject only to “local sanctions,” including a possible failing grade on the assignment in question.

The update to lateness penalties follows several other changes to CS50 course policy Malan made in Sept. 2017. Malan recommended that enrollees attend class—rather than watching lecture videos—and announced that CS50 would be graded on a “Satisfactory/Unsatisfactory” basis by default, though students could elect to take the course for a letter grade if they wished.

Malan also required as part of these changes that students attend a session in part dedicated to discussion of “how to navigate issues of academic honesty” before the start of the fall 2017 semester.

In his blog post Tuesday, Malan also published data detailing the exact number of CS50 students referred to the Honor Council—or the Administrative Board, which adjudicated academic dishonesty cases until 2015—for every year since 2007. The number consistently ranged from around 10 to 30 individuals, but in fall 2016 it surpassed 70, confirming The Crimson’s May 2017 report.

Malan’s blog post also included data on the number of students who invoked the “regret clause.” Only seven students did so in 2016, the year of the cheating scandal, compared to 26 in 2015—the most per year since the creation of the clause.

In the post, hosted on Medium, Malan wrote that CS50 “unfortunately” refers more students than any other Harvard course to the Honor Council.

Malan wrote he has “higher confidence” that the course would catch instances of cheating given recent changes he made to the course’s policies of checking assignments for improper collaboration.

Though he used to be the only staff member who reviewed potential cheating cases, in recent years, a “pipeline of multiple staff” has begun to look them over, too, he wrote.

Malan further detailed CS50’s process of checking for cheating in his post.

“For each problem set, the software ranks those pairs of submissions, with the most similar pairs up top,” he wrote. “With human eyes do we then review those ‘matches’ and decide if the similarities are indeed worrisome, unlikely to be the result of just chance.”

“No one should leave this room not understanding 100 percent what it is that you may and may not do in this course,” Harris said, adding he thinks cheating is “boneheaded.”