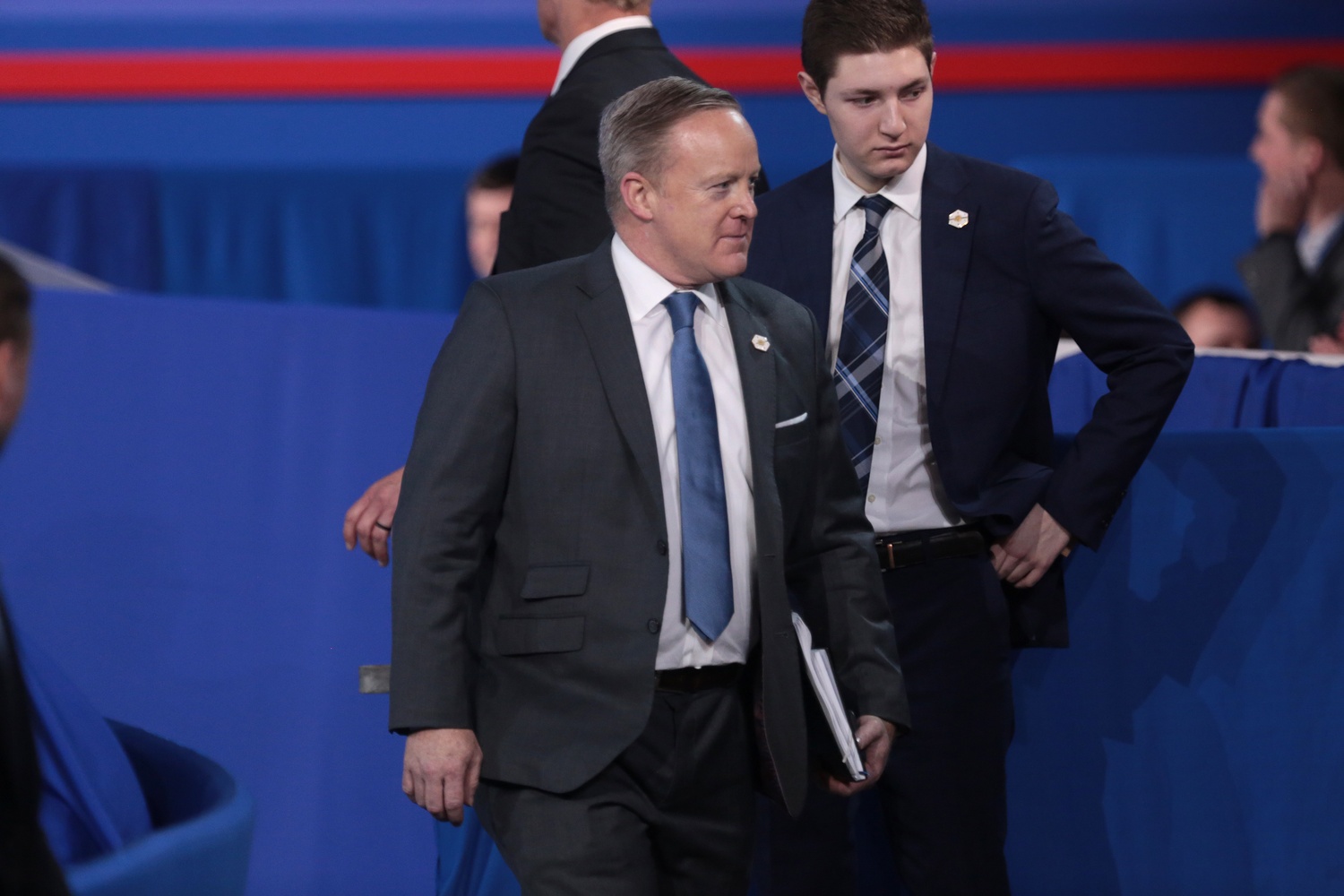 The conversation was to center around the 2018 midterm elections, according to an email sent over an Institute of Politics email list.

Spicer previously came to Harvard as a visiting fellow at the Institute in Oct. 2017, when he spent three days attending classes and off-the-record meals with students.

The IOP’s decision to grant Spicer the fellowship sparked pushback from students and alumni at the time. More than 600 Harvard alumni signed an open letter calling on the IOP to rescind its fellowships for Spicer and for former Trump campaign manager Corey Lewandowski.

While on campus in October, Spicer attended 11 events, all of them off-the-record and closed to the general public.

The IOP Weekly Newsletter did not feature an announcement of Spicer’s visit. The email announcing his visit was sent at 8:00 p.m. Wednesday.