A Mixed ‘Sound of Music’ 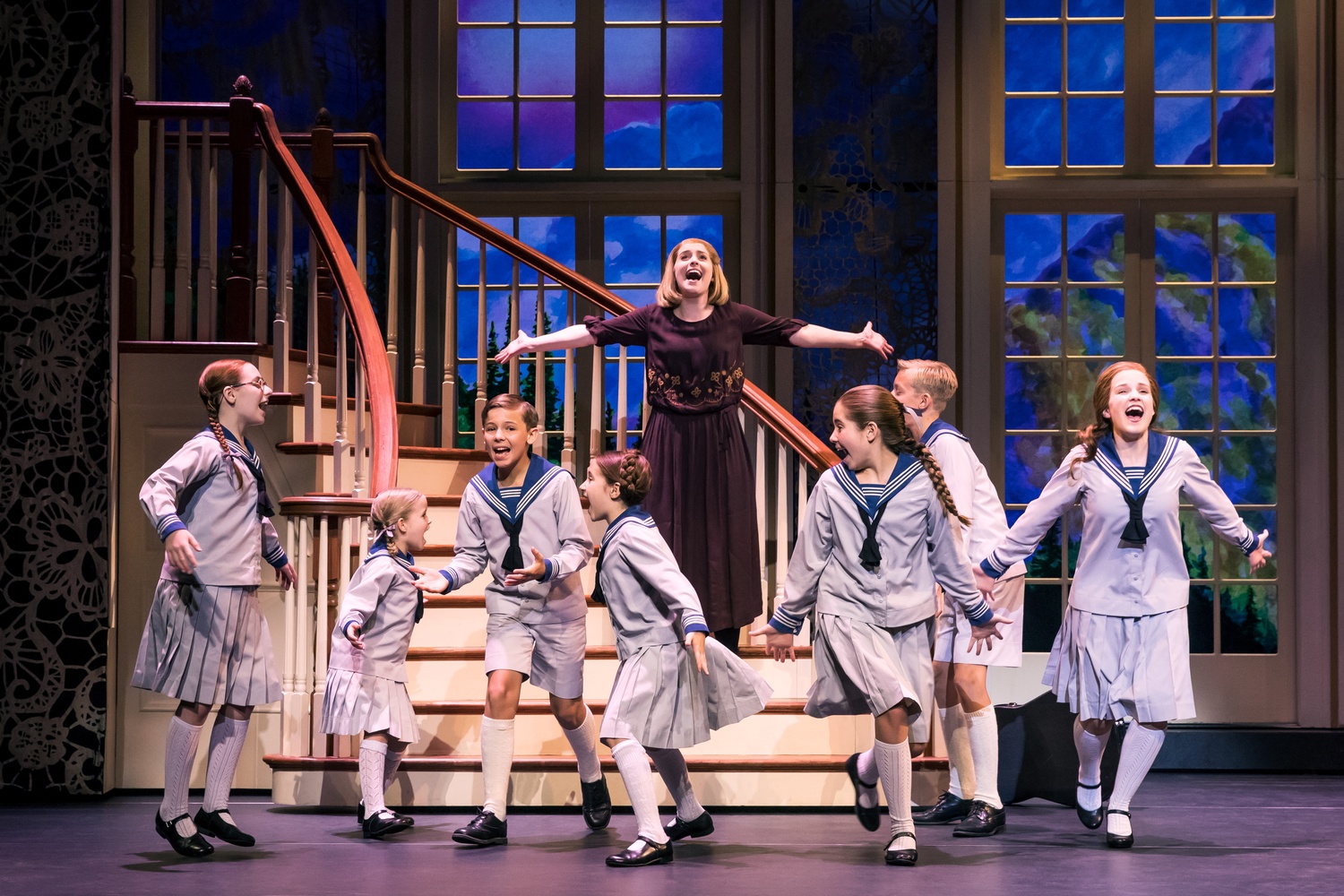 In the memoir “The Trapp Family Singers,” which inspired the musical “The Sound of Music,” the real-life Maria Augusta Trapp recalled how her love for the von Trapp children—not for the von Trapp patriarch Georg—permeated her marriage. In fact, Maria, who was on the path to becoming a nun, was disappointed that the nuns encouraged the marriage as God’s will. “Th-they s-s-said I have to m-m-m-marry you!” Maria writes in the memoir, capturing the sobs she heaved as a conflicted young woman pressured into marrying the Captain. Her prose describes less of a romantic love story with the Captain, and more of a stick-it-out-for-the-sake-of-the-children endeavor.

In a new production of “The Sound of Music,” a fictionalized portrayal of the character Maria Rainer’s transition from postulant to governess, wife, and stepmother centralizes the bond between Maria (played by Jill-Christine Wiley) and the seven von Trapp children. At its best, this production, which is playing at the Wang Theatre from May 1 to 13, provides an evening of favorite songs and lighthearted family fun, epitomized by these endearing relationships. Some poor blocking choices, jarring transitions between scenes, and an overall unresolved tension between the production’s crisp 21st-century look and its sporadically referenced World War II undercurrent, however, detract from the viewing experience.

Wiley’s Maria has great chemistry with the von Trapp children, more than she has with Captain von Trapp (played by Mike McLean). Though this lack of romance—and McLean’s bland performance—is perhaps in line with Maria Augusta Trapp’s memoir, it dulls the mood of the musical and weakens the viewer’s capacity to buy into its dramatized storyline. In contrast, when Maria first arrives at the von Trapp Villa, she manages to pique the children’s interest and win them over with song. Together, Wiley and the cute and charming brood of young actors sing “Do-Re-Mi,” and, in Wiley’s hands, Maria builds a strong connection with them because she treats them as equals and challenges their curiosity with wordplay and choreography. She breaks down the melody into notes, tunefully explains how to incorporate words into a song, and includes each child—including a reluctant sixteen-year-old Liesl (played by Keslie Ward)—in the activity. From this foundation, Maria’s communication with the children is comfortable, believable, and heartwarming.

For fans of the 1965 movie version of “The Sound of Music,” starring Julie Andrews and Christopher Plummer, it is worth noting that this staged revival leans more toward the original Broadway musical from 1959, in terms of its songs (including “How Can Love Survive?” and “No Way to Stop It,” which are not performed in the movie) and the order in which the performers sing them. For example, on the Wang Theatre’s stage “My Favorite Things,” is not performed by Maria and the children, but is rather a duet between Maria and Mother Abbess (played by Lauren Kidwell), who encourages Maria to embrace life and love beyond the abbey’s walls. And Maria sings the yodeling-heavy song “The Lonely Goatherd” to calm and entertain the children during a thunderstorm, not during a puppet show as in the movie version. While the placement of “The Lonely Goatherd” works especially well in this production—again, foregrounding Maria and the children’s comfortable relationship—the staging of “My Favorite Things” feels a bit heavy handed in its wistfulness.

The creative team behind the production clearly aimed to reinvigorate this version by using a fresh-from-the-shop set, by intensifying dramatic moments with bright blue lighting, and by casting young actors in the principal roles. Yet irregular and dangling references to the looming war feel at odds with this staging. “Today, it’s difficult to tell who’s a friend and who’s an enemy,” Captain von Trapp says quite vaguely when thinking about whom he might invite to a dinner party. In addition to the show’s unresolved contemporary look and historical premise, throughout the production several actors inexplicably turn their backs to the audience while onstage. These blocking choices make it difficult to stay engaged with the characters. Choppy transitions between scenes further reduce the cohesiveness of the show. Despite these shortcomings, the sound of the beloved music has its winning moments.