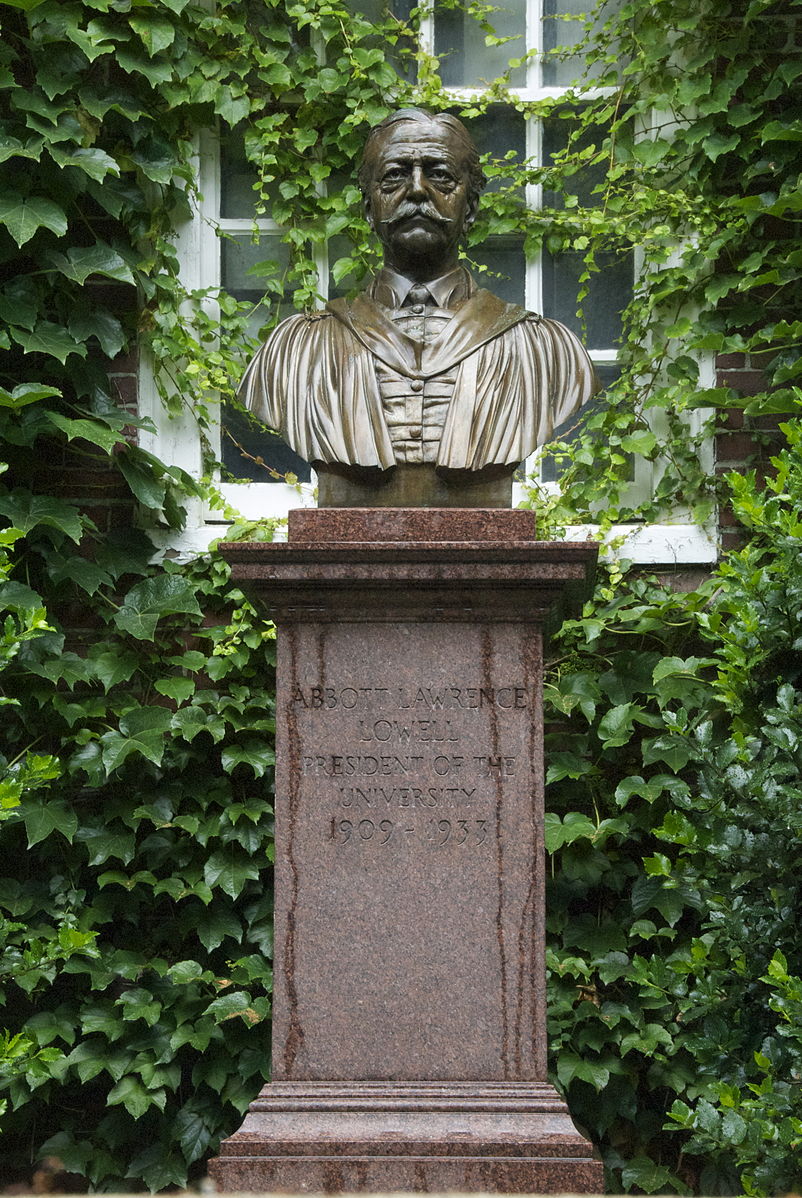 The origins of the holistic methods used to admit students to Harvard College are discriminatory in nature, anti-affirmative action group Students for Fair Admissions charged in briefings filed in federal court last week.

The documents mark the latest development in the ongoing lawsuit against Harvard, which SFFA first brought in Nov. 2014. The lawsuit charges that Harvard discriminates against Asian-American students in its admissions process. If admissions were purely based on academics, Asian Americans would make up more than 51 percent of the average admitted class, according to SFFA’s analysis of admissions data.

Admissions officers have previously emphasized Harvard does not judge applications solely based on test scores and high school transcripts. Admissions officers strive to “give deliberate and meticulous consideration of each applicant as a whole person,” according to the College’s website.

A bust of former University President Abbott Lawrence Lowell sits in the courtyard of Lowell House. By Courtesy of Wikimedia Commons

In the 1920s, however, holistic admissions were a novelty. Previously, the incoming class was selected through a single examination against which all applicants were compared. In 1926, after a four-year effort, Lowell switched the College over to a process that considered more than just academic qualifications.

Lowell first successfully took steps to diversify the student body through instituting the “Top Seventh Rule” in 1923. The rule required admissions officers to contact students in the top seventh of their class across the country in order to expand Harvard’s reach beyond boarding schools and Boston-area elites.

Lowell’s prejudices, however, also dictated his methods of diversifying Harvard’s incoming class of freshmen, according to SFFA’s filings.

In 1922, Lowell and other administrators had become “increasingly alarmed” over the rising number of Jewish students earning admission to the College based on their high test scores, SFFA’s document reads. Jewish applicants scored a significant amount of spots due to their top marks on the exam. At this time, 21.5 percent of the student population identified as Jewish.

Lowell referred to “the Hebrew question” as a “knotty one” and a “source of much anxiety.” He concluded that Harvard could do “the most good” by limiting the number of men admitted from the religious group, even warning fellow administrators and the governing bodies that unless the University took action, the “danger would be imminent.”

In the same year, Lowell attempted to institute quotas on the amount of Jewish students admitted to the College, framing it as a method to curb “increasing” anti-Semitism among the student body, Lowell wrote in a letter to Alfred A. Benesch, Class of 1900.

“If [the] number [of Jews] should become 40 percent of the student body, the race feeling would become intense. If every college in the country would take a limited proportion of Jews, I suspect we should go a long way toward eliminating race feeling among students,” Lowell wrote.

According to SFFA’s filings, Lowell—who wanted to avoid further controversy—opted to write letters in 1922 advocating for a new admissions system like the 1926 iteration that would “reduce the number of Jews by talking about other qualifications than those of admission examination.”

Lowell received pushback in 1925 from the chair of the committee overseeing admissions, who stated that Lowell’s proposal would “begin a racial discrimination at Harvard,” according to SFFA’s filings. But the chairman ultimately agreed with the proposal despite admitting “such a discrimination would inevitably eliminate most of the Jewish element which is making trouble.”

And so the 1926 changes were born and remained in effect for years. The College issued a public statement on its policy, stating that it would evaluate race, character, personality, and promise in its process, per SFFA’s filings.

“It will be said that Harvard is discriminating on grounds of race,” the College wrote. “That will not be true.”

In the Harvard Public Affairs and Communications’ “Frequently Asked Questions” document regarding the admissions lawsuit, also released on Friday, the University’s public relations group responded to a question about “systemic racism” involved in the admissions process rooted in the 1920s effort to exclude Jewish students.

“These unfortunate events from 100 years ago are a dark chapter in Harvard’s history,” the site reads. “For many years, we have been committed to evaluating the whole person and we consider each applicant’s unique background and experiences, alongside grades and test scores, to find applicants of exceptional ability and character, who can help create a campus community that is diverse on multiple dimensions, including academic and extracurricular interests, racial and ethnic background, and life experiences.”

Lowell’s policy remained in effect into the 1940s. The “character and fitness” criteria of admission revolved around “five pillars”: academic promise, personal qualities, health and athleticism, geographic distribution, and Harvard parentage. The College stressed “personal qualities of character” was of “major importance” in its decision-making process, according to SFFA’s filings. 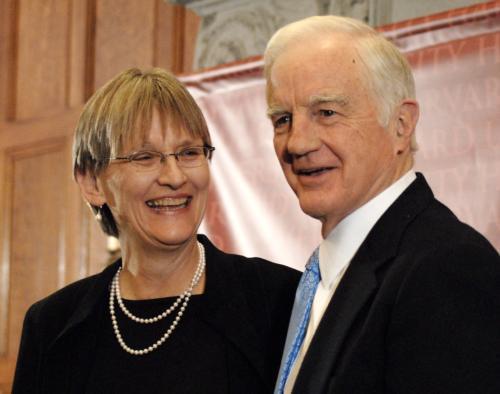 Harvard has not strayed from Bok’s position in the 1970s. Race continues to be taken into account during the admissions process. The University has repeatedly argued that race enhances every student’s experience at Harvard.

“The kind of diverse student community that is the hallmark of Harvard College is one we wish to preserve and, in order to do so, we would like to continue to take into account the wide range of factors that comprise any student's being and any student's file,” Faust said. "Race is one of these factors, but it is only one."

Both Harvard and SFFA hope to convince the judge to decide the case before it goes to trial, though experts—and the judge herself—have said this outcome is unlikely. A trial is expected for mid-October.