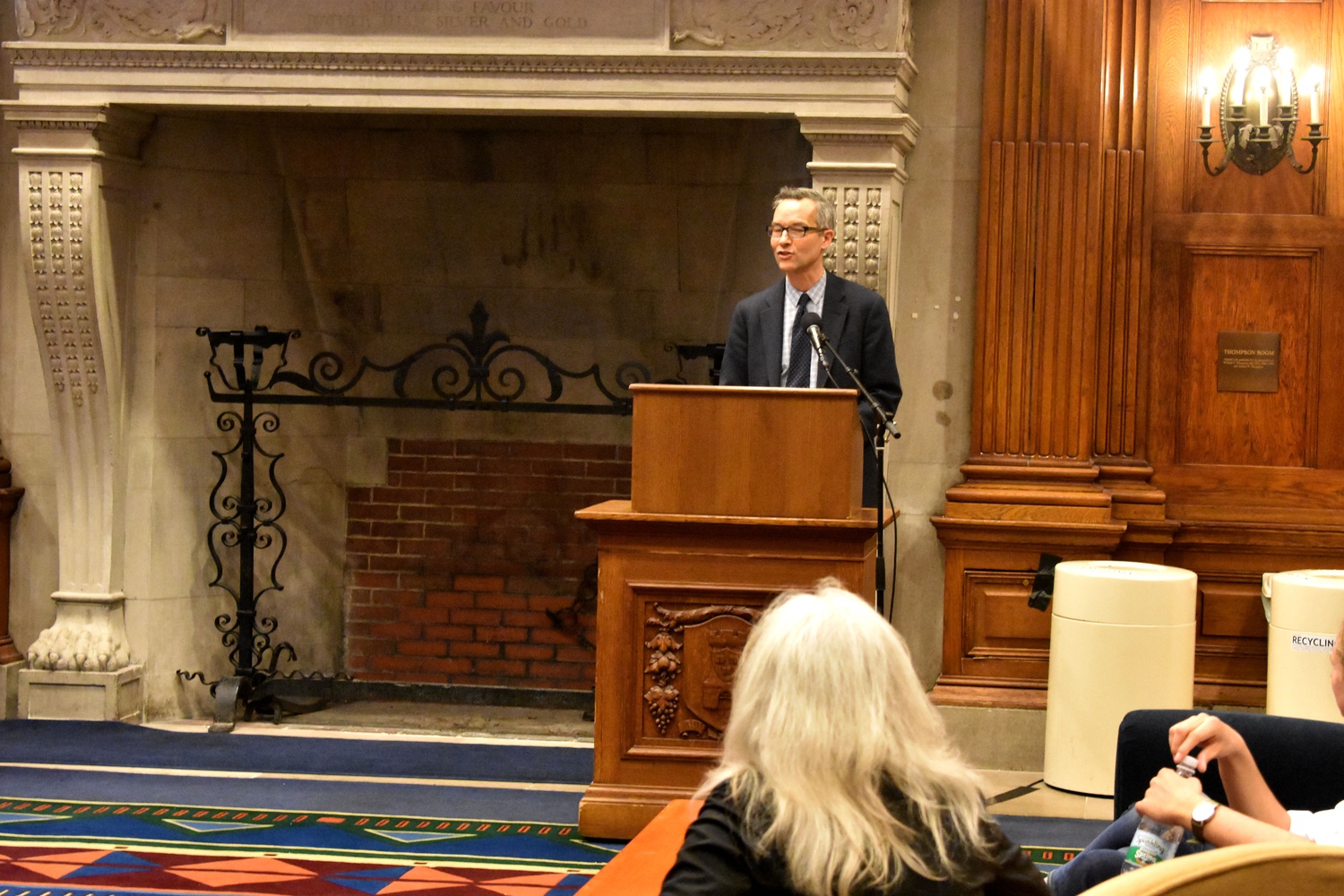 Irony is “incongruity between the actual result of a sequence of events and the normal or expected result.”

Welcome to the Transcript Project.

Announced in Feb. 2018, the Transcript Project allows students to submit pieces of work, such as prose, a photo, or a song, that discusses their academic journey at Harvard. The purpose of the project is to encourage students “to think differently about the intellectual odyssey that being at Harvard can represent,” according to the man who created it — Dean of the Arts and Humanities Robin E. Kelsey. Instead of focusing on grades, students should “recognize the spirit of adventure which the transcript represents,” said Kelsey.

Harvard has a particular problem with academic rigor and pressure to get immaculate report cards, which can create mental health issues for its students. Given the fact that some classes at Harvard College are graded on a curve (which in and of itself is not a bad thing), an immaculate transcript may inherently necessitate competing against your peers. Thus, Harvard’s academic pressure problem is compounded by and necessarily entwined with a culture of competition that exists at Harvard. It is therefore heartening that the Transcript Project was created in an effort to combat the idea of the college transcript being a source of anxiety.

In order to succeed, a successful initiative would have had to successfully combat the various pressures at Harvard that cause many students to overemphasize grades, academic pressure, and competition.

Except the Transcript Project is — wait for it — a competition.

Not only does this render the project nothing more than a ridiculous lesson in irony, but it also means that the Transcript Project inculcates the very culture it seeks to combat. In the creation of the Transcript Project, the deans of Harvard College have indeed proven that everything at Harvard is a competition between your classmates and necessitates academic pressure.

Seemingly sensing the contradictory nature of his project, Kelsey did not change the nature of it, but rather, at the event congratulating the winners of the contest, qualified the competition by saying there was an emphasis on “creativity” and “participation.”

In this case, the emphasis does not excuse the action. A competition is a competition is a competition. Indeed, the “winners” won not only the title of winner, but also a gift card. Students were pitted against other students, some of whom did better than others and were recognized for it. One could even argue the Transcript Project reflected a more materialistic and self-serving culture than any Harvard class — curved or not — since students were given a monetary reward. Imagine if for every A a student received in a class, they also received cash.

Beat your peers, and you’ll be rewarded financially.

Such is the lesson taught by the Transcript Project.

Of course, there is an important place for contests and competitions that have a select number of winners at Harvard. Academic, athletic, and other types of achievement deserve to be recognized and rewarded with monetary accolades or other forms of recognition, just not in a program whose important goal is to offer an alternative to that formula.

As an alternative, perhaps the College could take a lesson from its signature writing class — Expository Writing 20 — and work with all of the 20 or so participants in the Transcript Project to improve all of their pieces and make them worthy of recognition, instead of selecting six winners. Indeed, the Transcript Project should present “an opportunity for students of all abilities to make progress.”

But until the Transcript Project is amended or scrapped entirely, I urge my fellow students to organize against it and not submit pieces for the competition.