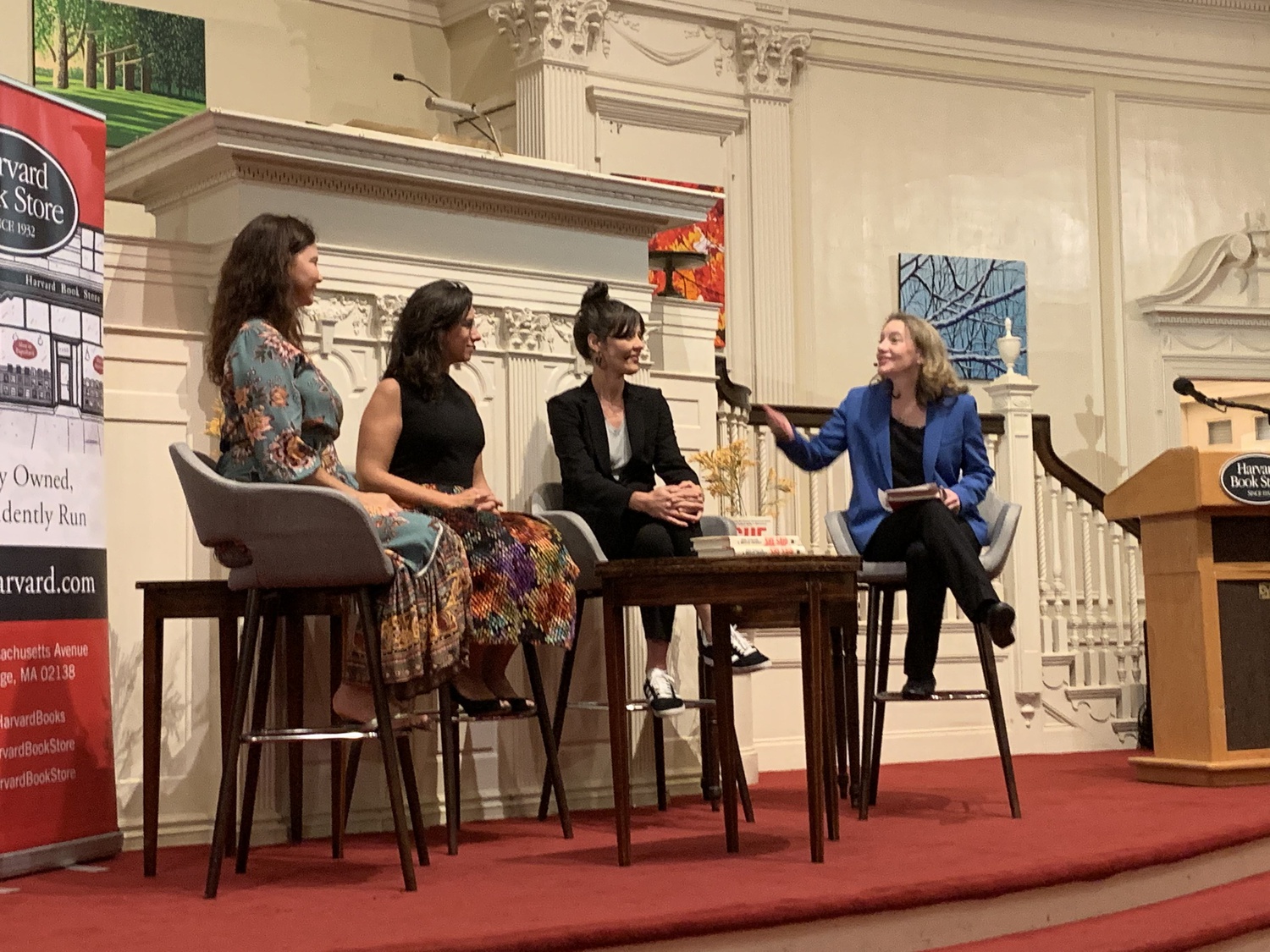 Jodi Kantor can still remember the moment Harvey Weinstein arrived at the offices of the New York Times.

It was the day before the exposé on Weinstein’s alleged sexual misconduct — the beginning of the reporting that would go on to inaugurate the #MeToo movement and win the Pulitzer Prize for public service — was slated to publish in the Times. Kantor and her reporting partner Megan Twohey were finalizing the story when they got word of Weinstein’s imminent arrival.

“Megan and I are frantically doing the 10,000 things we need to do before publication,” Kantor recounted. “Megan and I are on the fourth floor of the Times. And Megan gets the message saying, ‘Harvey’s on his way to the office now. He wants to talk off-the-record and he has really important stuff you need to see before you’re going to publish.’”

In the moment, Kantor was in disbelief.

“She sends this to me and I’m like, ‘Harvey’s on his way here?’” she said. “We had already had this well-organized series of phone calls with teams of lawyers and whatnot, and I was like, ‘We’re not going to meet with him.’”

But Twohey insisted on taking the meeting, Kantor recalled, during which Weinstein presented a folder of evidence against Rose McGowan and Ashley Judd in an effort to kill the story.

“My partner was like, ‘I’m taking that meeting,’” she said. Then, smiling, she added, “Megan relished the chance to face off against him.”

The crowd at First Parish Church applauded enthusiastically — the first of many moments like it, over the course of the event. Joined in conversation by actress and political activist Ashley Judd and moderated by NPR justice correspondent Carrie Johnson, Kantor and Twohey discussed their recently released joint memoir, “She Said: Breaking the Sexual Harassment Case that Helped Ignite a Movement.”

Both Kantor and Twohey stressed the importance of rigorous journalistic ethics, particularly while reporting a story this sensitive.

“Journalistically, you were doing something very sound,” Kantor said to Twohey, about her willingness to give Weinstein an audience on that hectic day. “Because you were saying, ‘I want to see everything. If there’s anything he’s going to try to rebut this story, we want to see it before publication, and not after.”

The book, Twohey continued, walks readers through each step of the journalistic process.

“You can see the painstaking work we do when it comes to corroboration, when it comes to the other types of due diligence, when it comes to fairness,” she said. “At the very end, we were able to walk readers through what it was like when we finally had to go to Harvey Weinstein with all of our findings, and give him an opportunity to respond.”

Yet despite harrowing moments like these, the journalists were motivated by the potential to effect change on a large scale.

“We go through all of that work, even when it involves Harvey Weinstein barging into the New York Times in the eleventh hour to try to stop us,” Twohey said. “Because we really feel like, as reporters, we have confidence in that process and feel like if you’re able to adhere to it and publish the truth, it can actually bring about change.”

Kantor and Twohey were not the only ones facing adversity, though — for Judd, the decision to come forward as one of the first named sources in the story required thoughtful consideration. It began when, while on vacation from filming, Judd received a message from Nicholas Kristof, the New York Times journalist.

“He said, ‘You know, I have a journalist friend who would like to talk to you,’” Judd said. “And I thought, ‘This is about Harvey. Somebody’s finally going to write this story.’”

After Kantor reached out to Judd, the actress began contributing sources and possible leads. It wasn’t long before Kantor asked her to be quoted on the record.

But then Kantor raised an important counterargument, one that ultimately counteracted Judd’s reluctance.

“Jodi did something really wise,” Judd said. “She said, ‘What’s the best case scenario? How could this play out optimally?’”

All things considered, it did play out optimally. The publication of the story sparked a wave of sweeping sexual misconduct allegations in the fall of 2017, eventually leading to the #MeToo and Time’s Up movements for gender equality and women’s rights.

Still, the journalists admitted, there is much progress to be desired, particularly in governmental institutions.

“The government really has ineffective ways of speaking out to these individuals and curbing this behavior,” Kantor said, citing the Equal Employment Opportunity Commission as an insufficient resource for addressing workplace discrimination. “That mandate that’s now, I think, over 50 years old reflects a totally different reality in which so much more is brushed under the rug.”

Despite this lack of institutional response, there were still moments of peace to be found amidst the upheaval that followed — namely, an afternoon spent in Gwyneth Paltrow’s living room in Brentwood, Los Angeles. In attendance were Kantor, Twohey, and Judd, as well as Christine Blasey-Ford, the psychologist who testified against now-Supreme Court Justice, Brett Kavanaugh.

“It was beautiful,” Judd remembered. “I was the one in my pajamas. I flew from Germany to be there. It was very special to be there, with that circle of women.”

Surrounded by others with similarly painful experiences, the women who convened in Paltrow’s home felt finally at peace, according to Judd.

“The world’s good at talking, but we all need to be listened to,” she said. “There was a little bit of healing for each of us, during those two days.”