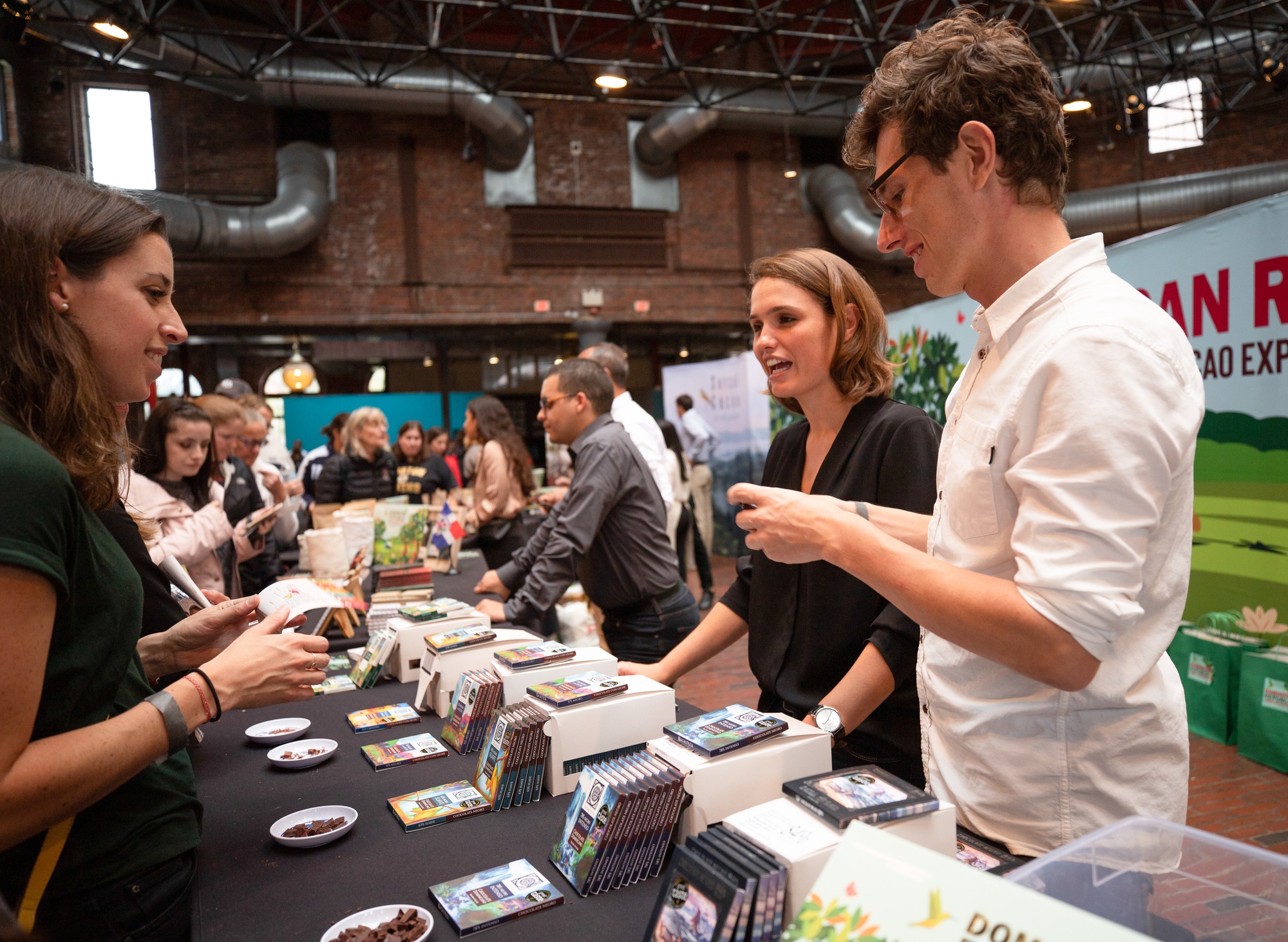 FM Gets a Golden Ticket

Swarms of chocoholic pilgrims wander in search of edible alms. The New England Chocolate Festival’s Chocolate Pavilion has officially overtaken the Cyclorama at Boston Center for the Arts, a mammoth, hexadecagon-shaped building.

At the entrance, two women sit at a table with a handwritten sign for the “BOSTON Chocolate Club meet up.” Everyone is here: Cacao producers, chocolate makers, chocolatiers, chocolate sellers, chocolate consumers, the world’s wannabe Willy Wonkas, and even Harvard faculty members.

Carla D. Martin ’03 is a lecturer on African and African American Studies at Harvard and the executive director of the Fine Cacao and Chocolate Institute, which organized the festival. At Harvard, she teaches a course called “Chocolate, Culture, and the Politics of Food,” which will be offered in the spring semester. Martin introduces me to many of the festival’s vendors and explains the nuances of chocolate production. 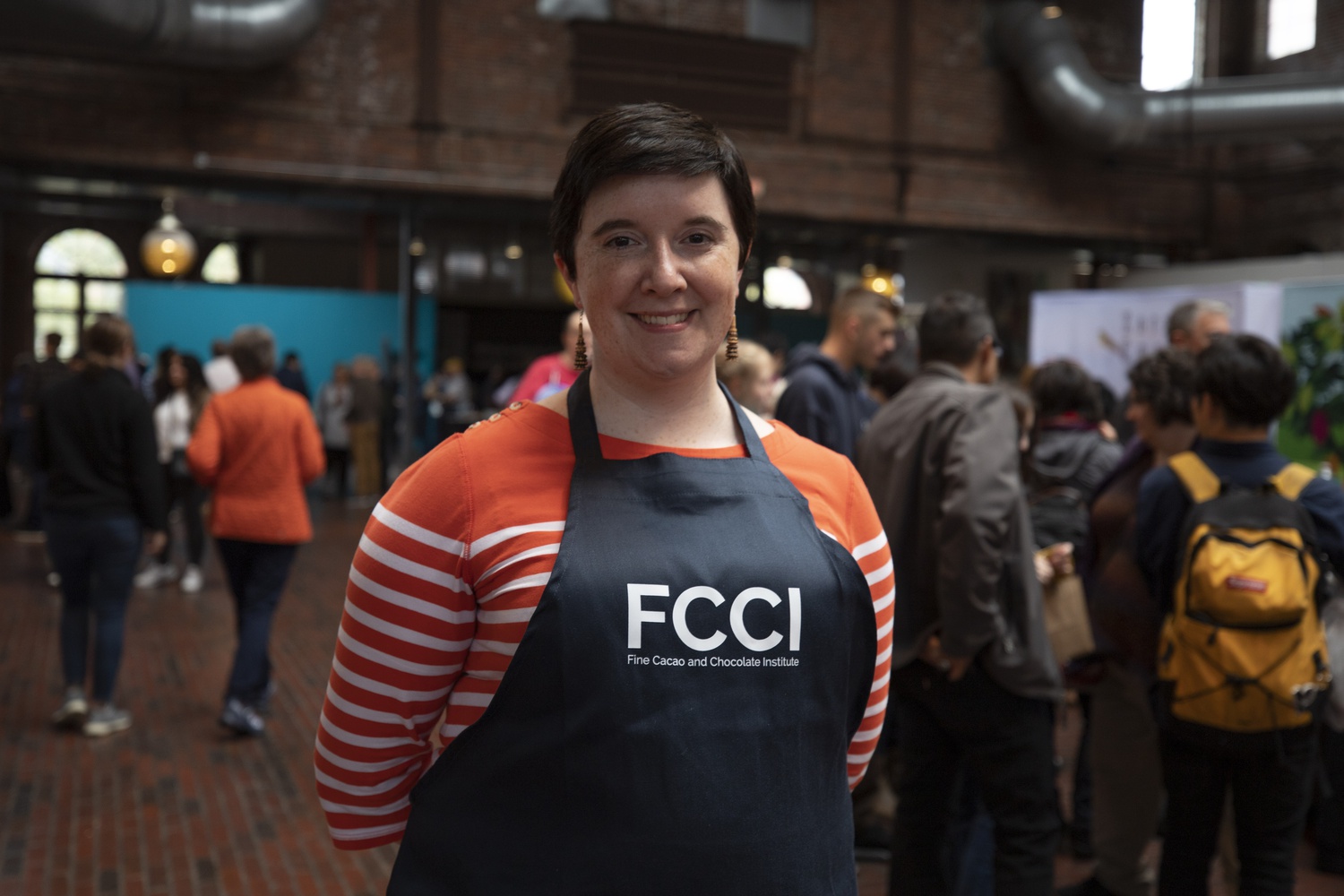 Carla D. Martin is the founder and executive director of the Fine Cacao and Chocolate Institute and a lecturer in African and African American Studies at Harvard University. By Caleb D. Schwartz

“Hershey’s, Mars, Nestle —” her voice fades into silence after naming these large companies. What Martin calls “mass-manufactured commercial chocolate” overshadows the importance of how chocolate is produced, she claims, because commercial companies emphasize consistency and quantity — not quality. “If you pick up a Hershey’s Kiss in Nebraska,” she explains, “and three years later pick one up in Massachusetts, the idea is that you know exactly what to expect.”

Yet, chocolate comes from a crop — cacao — and like any crop, the source determines the harvest. Every region, farm, and pod will produce something distinct. A friendly educational section of the festival explains the complexities of chocolate production, nitty-gritty details that are not found on most candy labels.

First, the cacao pods: hefty, bright red and yellow oval fruits, with ridges running all around. Cut one of the pods open and discover white, gooey pulp around soft, squishy beans. The pulp can be processed into cacao juice, a sickly sweet superfood advertised to be high in potassium and magnesium. Roast the beans, and they harden and brown, with crunchy, bitter cacao nibs inside. Separate the cocoa butter from the solids, add sugar and milk to taste, and you’ll have delectable chocolate.

One ingredient, though, is a source of controversy and spite among chocolate devotees: emulsifier lecithin granules. Widely used in commercial chocolate, lecithin granules make chocolate smoother, but suppress the natural flavor of the bean. Many craft chocolate-makers have shunned lecithin for the sake of authenticity and minimalism.

According to Martin, the contemporary chocolate connoisseur is motivated by flavor, narrative, and authenticity.

Flavor has captured most attendees' attention, it seems, due to the overabundance of free samples. Every inch of wallspace hosts a booth, each serving multiple samples that draw crowds of hungry patrons. 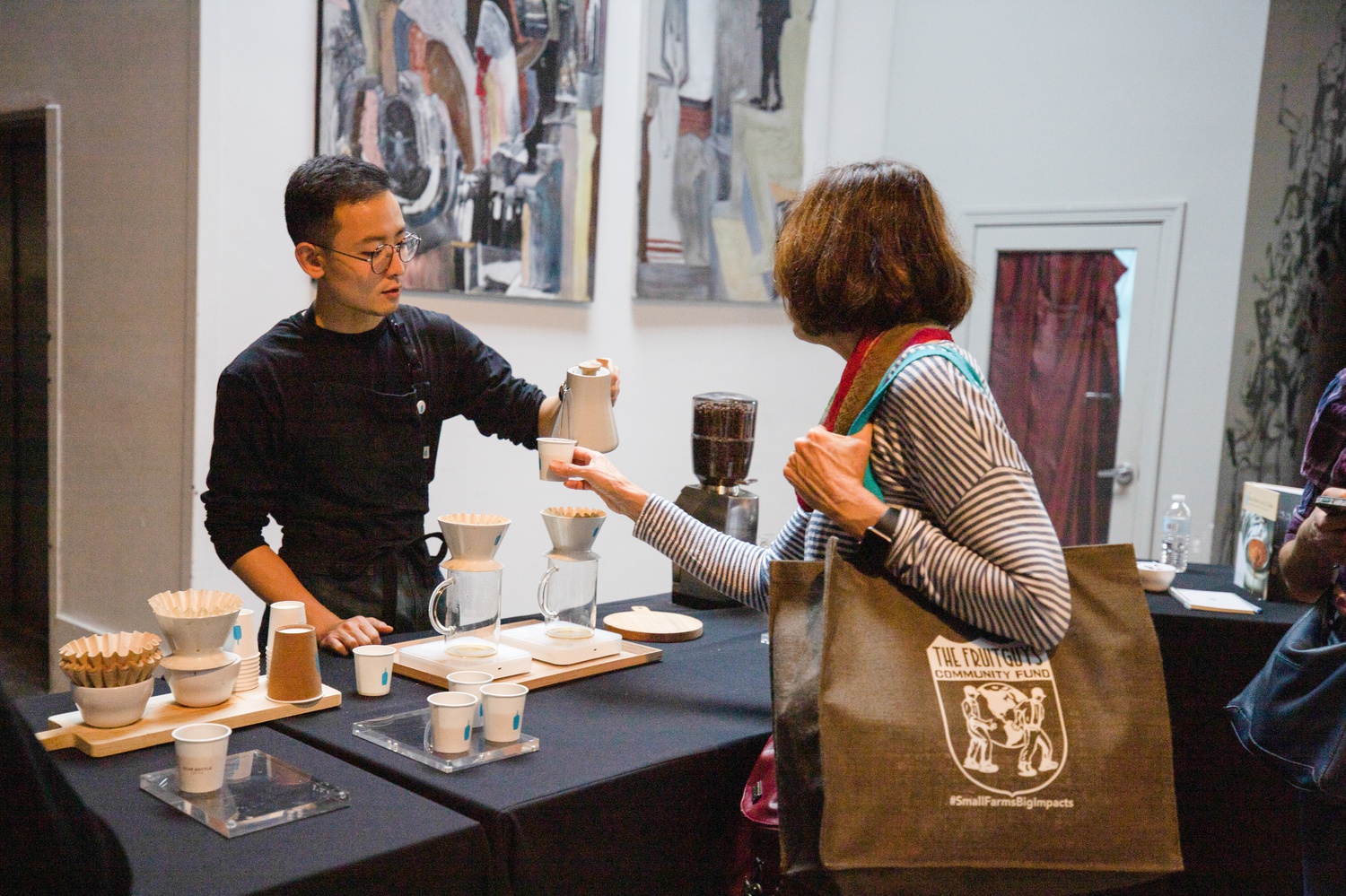 Folks chatter about “the fermentary process” and how “as an American, it horrifies me!” Makers and chocolatiers do their best to seem unique. “Our white chocolate is made with grass fed cows,” one maker tells me, “and you can really taste the grassy notes.”

There are some oddities. Bee pollen chocolate sounds mildly disgusting, tastes shockingly normal, and has an unclear reason for existence. Beer-infused chocolate initially tastes normal but makes your mouth feel like you’ve swigged a Guinness about 30 seconds after swallowing.

Two central displays, Dominican cacao and Quebecois chocolatiers, stressed narratives about their chocolate. One Dominican farm, Zorzal Cacao, highlighted its role as a 1,019-acre bird sanctuary. Quebec is still developing its artisanal chocolate scene, and corporate chocolate is as popular in Montreal as in Montana. The Quebecois chocolatiers, donning ascot caps, spoke in thick accents about their mission to liberate their people from mediocre sweets through their burgeoning bean-to-bar scene centered at the sleek shop État de choc on Saint Laurent Boulevard.

In the back of the festival stand many tall, wooden batons carved with jagged creases and abstract designs. These are molinillos, an ancient Aztec device used to whisk hot chocolate. There is a range of molinillo merchandise, including pens that are also fully functional mini-molinillos.

For two men present, molinillos are a passion. Juan Alonso Rodriguez, who works atop a platform with a range of woodcarving tools, is a fourth-generation artisan molinillo-maker. Alonso Rodriguez has traveled all over Mexico to demonstrate his mastery of the craft, but this is his first trip abroad. It takes him 30 minutes to carve a single molinillo; he has already made several today.

It’s hard to not buy into his passion for such a niche part of the world of chocolate. That world came alive to the public at the Chocolate Pavillion, revealing all of the nuances of chocolate, from its grass-fed highlights, to its lingering Guinness aftertaste.