Angel Olsen’s ‘All Mirrors’ is Worth a Second Look 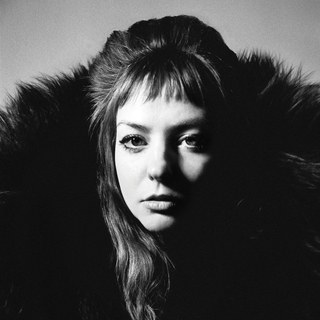 Since the days of Snow White, storytellers have toyed with the concept of mirrors as a gateway to the metaphysical, imbuing them with the power to expose our best-kept secrets. With the release of her fourth studio album, “All Mirrors,” singer-songwriter Angel Olsen earned her place among their ranks. True to its title, the album reflects Olsen’s multifaceted personality with dazzling intensity.

In a drastic shift from the minimalist guitar ballads that propelled her into the public eye, Olsen’s latest work relies on lush orchestration and electronic effects to immerse listeners in a dreamy, futuristic haze. Although artists with backgrounds in alternative music often turn to the glossy predictability of contemporary pop in hopes of expanding their audience, Olsen adamantly refuses to follow the crowd. Instead, “All Mirrors” creates an unsettling, almost esoteric first impression, which many listeners will surely find unpalatable. However, those who remain undeterred by Olsen’s uniquely experimental sound will delight in its kaleidoscopic vibrancy.

Each of the album’s eleven tracks is a study in contradiction: genuine but performative, intimate but far-reaching, repetitive but never dull. In a statement on her Instagram, Olsen acknowledged the “disjointed feelings and verses” of “Lark,” which opens the album with a blur of dissonant strings. Olsen’s voice hovers in the same low register before suddenly leaping an octave and taking on a much more robust, resonant quality. Later on, a series of piercing violin trills interrupts Olsen mid-sentence as a verse tapers off. Although the song’s radical changes in tone likely represent the complexity of human nature, a theme Olsen explores in its lyrics, they produce the effect of disparate excerpts that never form an entirely cohesive whole. The track fades out on a two-note synth motif strangely reminiscent of birdsong, giving listeners yet another idea to contemplate before leaving them in silence.

The eerie atmosphere built by “Lark” continues in the album’s lead single and title track, which puts Olsen’s musical ingenuity on full display. In a daring creative feat, Olsen explores the themes of duality and change with operatic grandeur against a sweeping orchestral backdrop. If “we are all mirrors to and for each other,” as Olsen tweeted after announcing the album, then “All Mirrors” is a meditation on the inevitable erosion of human connections over time. “All mirrors are erasin’,” she intones, her measured conviction lending the phrase a mantra-like energy. The accompanying music video depicts Olsen navigating an otherworldly dreamscape, dressed in a series of extravagant costumes. Her constantly shifting appearance and surroundings reinforce the contrasting and often contradictory aspects of human nature. Given Olsen’s penchant for introspection, it’s no wonder the drums on “All Mirrors” suggest a steady heartbeat.

The album’s remaining tracks showcase the incredible versatility of Olsen’s voice, from whispery falsetto to husky and sonorous belt. Although Olsen begins to incorporate more conventional harmonies and upbeat tempi, the rich instrumental layers prevent any song from veering too far into the realm of pop. Instead, Olsen’s eclectic blend of elements from different genres results in a sound all her own.

Love and relationships are a common motif throughout the album, and many tracks begin with standard declarations of affection. “I’d do anything for you,” Olsen sings in the second verse of “Too Easy.” However, what initially appears to be a run-of-the-mill ballad quickly spirals into an exploration of fate and Olsen’s role in the world. In the end, she leaves listeners with the sense that her real yearning is for something greater. The track concludes on a vague but momentous statement: “I looked around and found something else / Something that was / Bigger than us.”

Although “All Mirrors” will never lend itself to easy interpretation, Olsen’s creative vision is so singular and powerful that every track merits a second listen. Behind each orchestral flourish and theatrical image, her understanding of music’s revelatory potential shines through like a well-polished mirror.