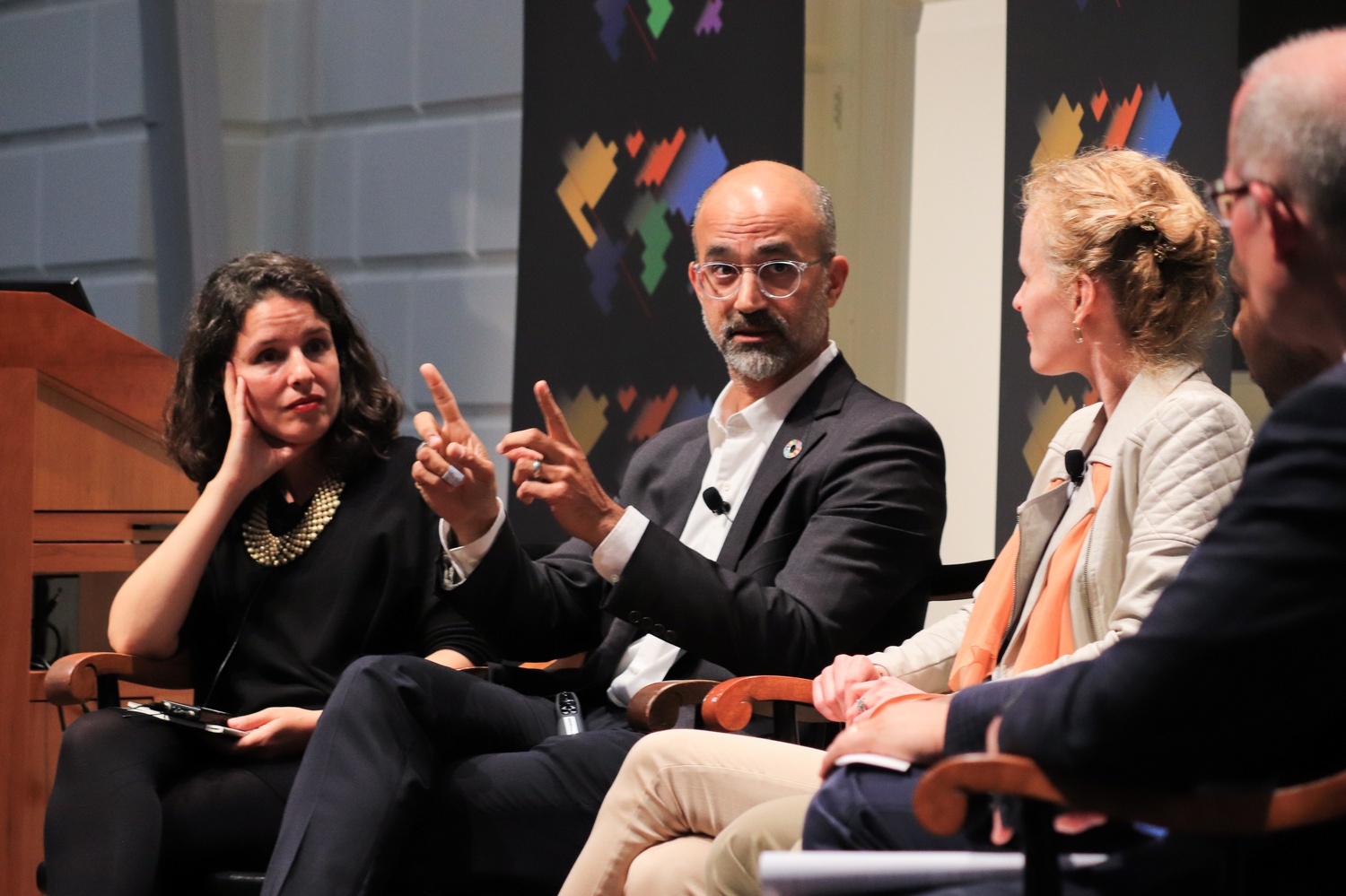 Climate experts and Harvard Business School lecturers discussed the consequences of climate change on urban development and the world in a panel discussion sponsored by the HBS Global Initiative on Tuesday afternoon.

The event was part of Harvard’s third annual Worldwide Week, an event held to highlight international research conducted by Harvard faculty and to promote discussion of global issues.

In recent years, climate change has been a hot button issue for domestic and international policymakers. In September, Harvard affiliates and students went on strike to protest perceived climate denial and inaction on the part of governments around the world.

Whiting added that one of the goals of the panel was to “stimulate research on our campus and beyond.”

John D. Macomber, senior lecturer at the Business School, began the conversation by highlighting the “dissimilar” and often “contrasting” repercussions of climate change on international communities.

Macomber added that different regions may face different environmental consequences — extreme heat versus extreme cold, for example — and as such require different approaches to solving the problem of climate change.

Macomber urged the audience to remember that the consequences of climate change may be “small inconveniences for some of us… but for others this is an existential threat.”

In a wide-ranging conversation that lasted over an hour and a half, panelists discussed the repercussions of flooding in urban areas, public health, and the impact of climate change in the developing world, among other subjects.

Anna Demina, a Masters student in urban planning and policy at Northeastern University, said that she felt that the event effectively touched on issues affecting countries with developing infrastructure as well as urban cities and developed nations.

“A lot of people who are talking about climate resilience, about water resilience, they are thinking more about how we can protect cities and developed countries, and I don’t see much discussion about developing countries,” said Demina.