Seven members of Harvard’s Class of 2020 have won the prestigious Rhodes Scholarship, the American and Canadian secretaries of the Rhodes Trust announced Saturday and Sunday, respectively.

The seven Harvard students — five Americans and two Canadians — will join 100 Rhodes scholars from across the world to begin their studies at Oxford in October 2020.

Harvard College boasted the most American Rhodes recipients of any university, and tied with University of Calgary for the most Canadian recipients. 369 Harvard students have now been named American Rhodes Scholars since the award was established in 1902. This year, College students made up five of the 32 American winners and two of the 11 Canadian winners.

Lauren D. Spohn ’20 — one of the American recipients — said Oxford has long captured her imagination because of its history.

“I grew up an intense fan of C.S. Lewis and J.R.R. Tolkien and so Oxford is always sort of like existed in my imagination as like a magical home of the inklings,” Spohn said. “Oxford just seems like an amazing place to kind of take the next step.”

Spohn, an English concentrator with a secondary in History, said she plans to pursue a master’s in 19th century literature and another master’s in intellectual history at Oxford.

“These two years I'm really seeing as a chance to explore, and to just kind of dive in and see if academia is something that I can see myself going into,” she said. 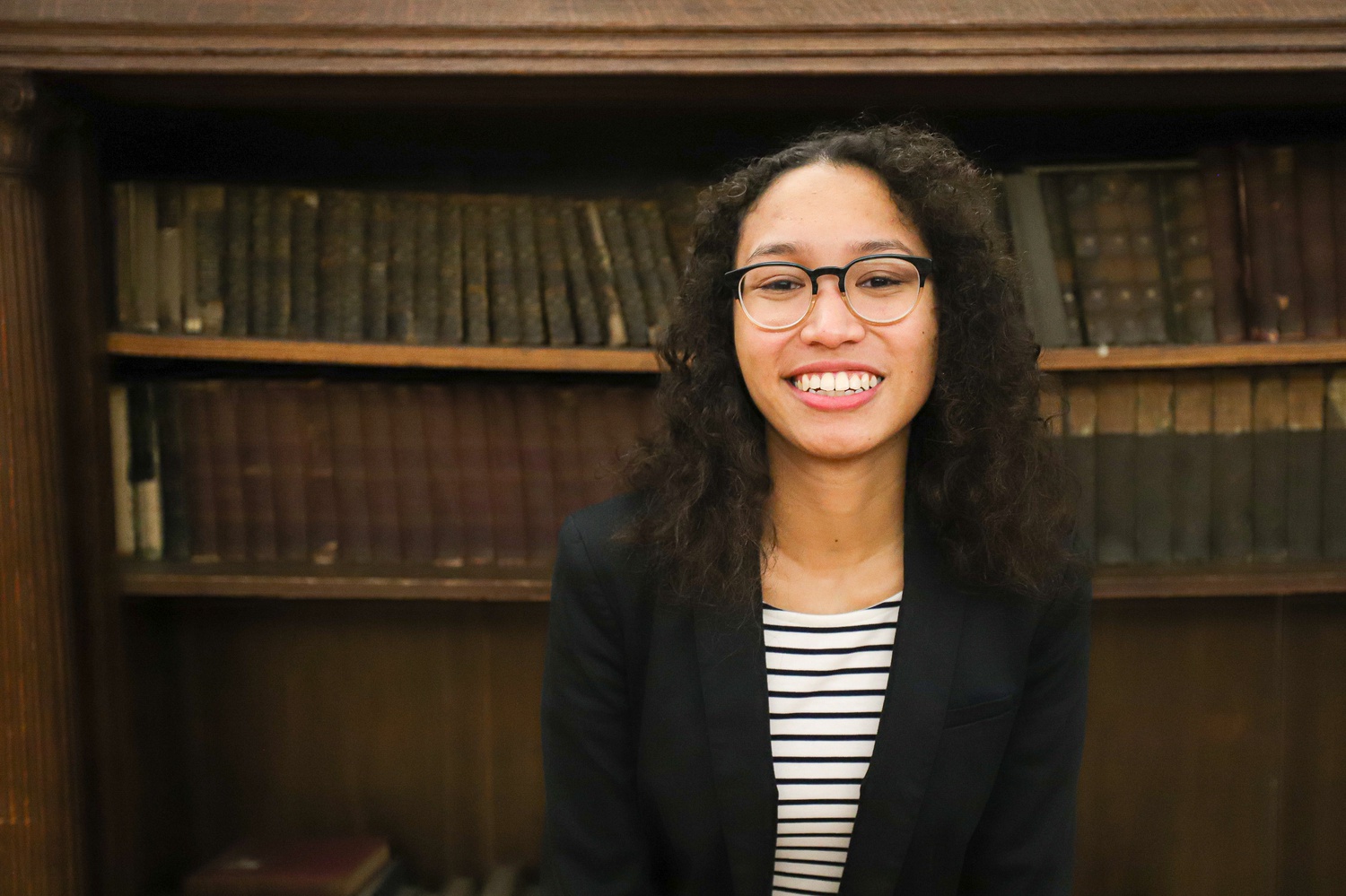 Crimson President Kristine E. Guillaume ’20 was one of five Harvard seniors selected as an American Rhodes Scholar on Saturday. By Amanda Y. Su

American Rhodes Scholar Kristine E. Guillaume ’20 — who currently serves as President of The Crimson — said she also hopes studying in England will help her “refine” her research interests for an eventual career in academia.

“Studying at Oxford will allow me both a personal and professional space to sort of grow as an academic and grow as a writer, and as a storyteller,” Guillaume said.

Several of the recipients said they hope to expand upon the research they have pursued at Harvard across the Atlantic.

Rajagopal — a Biomedical Engineering and Women, Gender, and Sexuality Studies joint concentrator — said he was conducting interviews with transgender people in South India for this thesis when he realized he wanted to explore the topic further.

“I realized it was kind of outside the scope of my thesis to do an archival research project, where I would look more at the history of trans medicine and trans folks in South India and other parts of the Commonwealth,” Rajagopal said.

He said access to archives in London and instruction at Oxford will allow him to explore the topic further as he pursues a D.Phil. there, the Oxford equivalent of a Ph.D.

“Going to Oxford and doing machine learning research, they have an incredibly strong group that I'm, you know, I feel really lucky to be joining,” Melas-Kyriazi said. 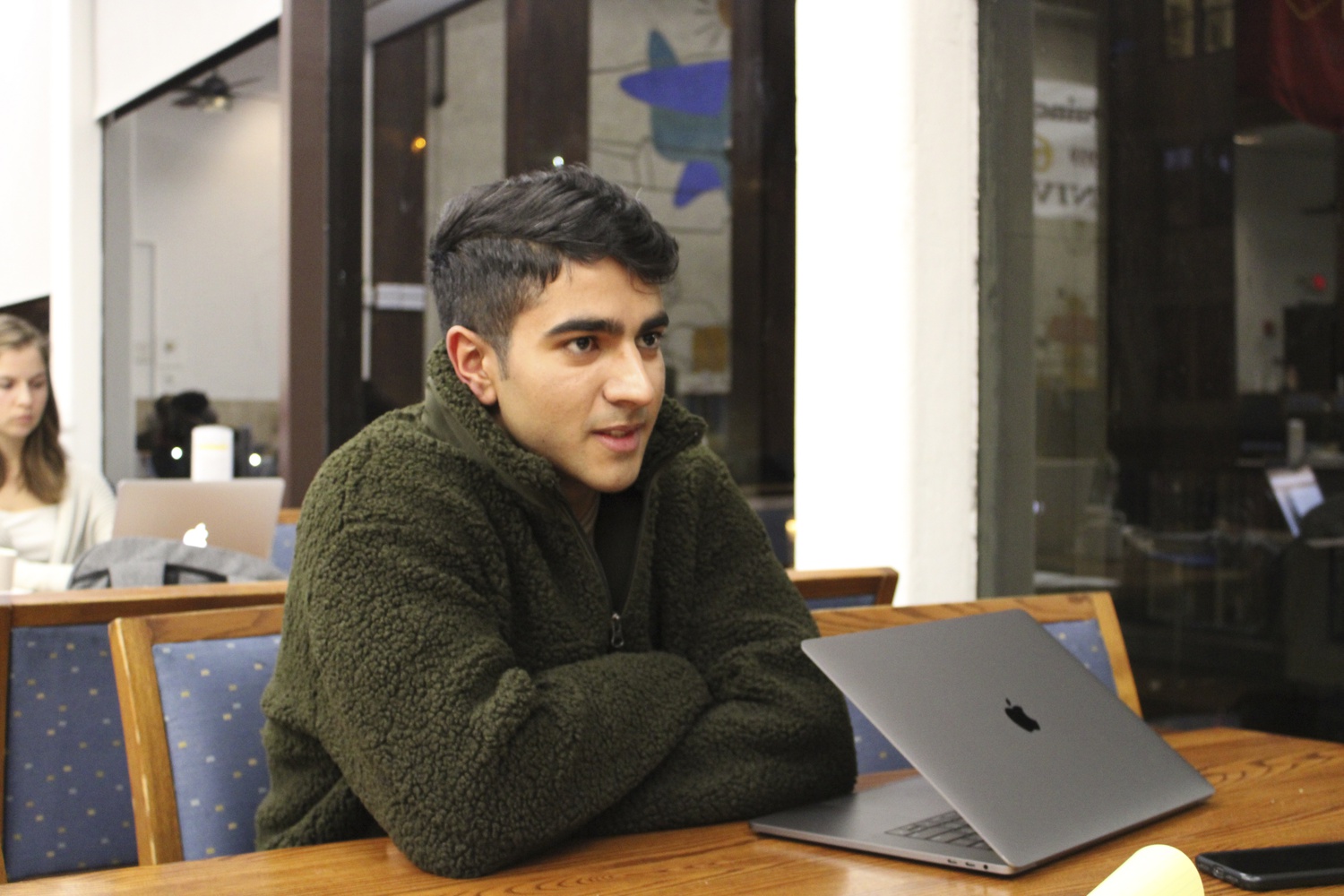 Neil B. Band '20 was one of five Harvard seniors selected as 2020 American Rhodes Scholars on Saturday. By Shera S. Avi-Yonah
Advertisement

Neil B. Band ’20 — another American Rhodes scholar — said he hopes his education at Oxford will help him solve the “problem of drug discovery.” A Computer Science concentrator with a secondary in Economics, Band hopes to develop algorithms and virtual representations of molecules that will speed up the process of developing medicines.

Several of the recipients said they appreciate the support of friends, family, and fellowships tutors in their Houses.

“I really want to stress that like this takes a sea of people and that I am so, so fortunate to have been so well-supported,” recipient Olivia J. McGinnis ’20 said. “Being in my house and the dining hall workers and everybody who's in there, the staff that like, keep our dorms, like clean and safe and warm and like give me the time to focus on my academics, like everybody is a part of this.”

A complete list of the Canadian and American recipients is below: