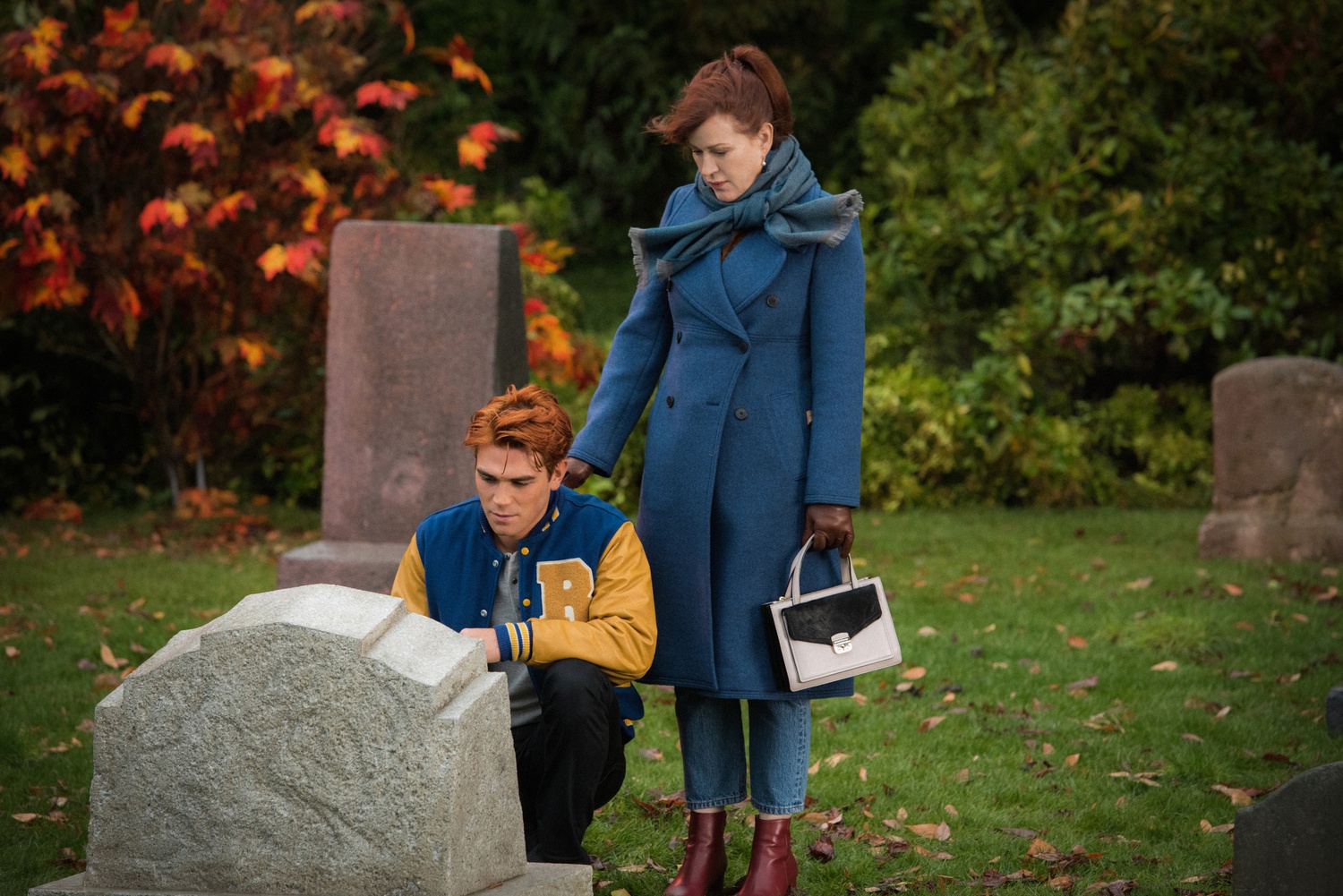 It looks like the characters of “Riverdale” celebrated Thanksgiving early, and as anyone could have guessed, no one got a quiet, relaxing dinner with their family. Instead, there were guns drawn, rum bottles broken, and murder plots partially unravelled. The plot holes that riddled “The Ice Storm” this week unfortunately overshadowed some of the sweeter, more nostalgic moments of the episode.

For one, Hiram Lodge (Mark Consuelos) announced his run for mayor just two episodes ago and because he ran unopposed, apparently he’s just automatically mayor. When Sheriff Jones (Skeet Ulrich) admits to Archie (KJ Apa) that Hiram told him to shut down the community center’s Thanksgiving, Jones explains, “He’s mayor now. He can do anything.” Either Riverdale goes by its own rules, or the writers of the show are blissfully unaware of how government in the real world works.

After Veronica (Camila Mendes) rips the tablecloth out from under her family’s expensive Thanksgiving meal — she’s mad about all the murdering, backstabbing, and the recent betrayal of her boyfriend — she uses her ever-expanding checkbook to buy fancy Thanksgiving food for Archie’s community dinner. Unfortunately Dodger’s mother, Darla (Azura Skye), shows up to avenge her son, who has been put in a coma after being attacked. What ensues is unpleasant: Darla draws her gun after a kid makes a grab for it during dinner and points it at Archie execution-style, insisting he confess to hurting Dodger (Juan Riedinger) despite Archie’s innocence. Then the kids at the dinner stand up and confess in rapid succession in what feels like a blatant rip-off of the “O Captain, my Captain” scene from “Dead Poets Society.” Darla even throws around some fighting words: “You know what I think, carrot top? I think you’ve got a hero complex.” While she isn’t wrong, it seems extreme to shoot him for this. Luckily the turkey fryer explodes and Archie’s mom gets her hands on a gun. It’s just not Thanksgiving without Molly Ringwald wielding a firearm!

Meanwhile, Betty (Lili Reinhart) travels to Stonewall Prep to spend Thanksgiving break with Jughead (Cole Sprouse). It’s pretty illogical for Betty to travel in an ice storm to the abandoned boarding school (why is this even allowed, actually?) when Jughead could just come home to his family. After all, Jughead and Betty’s parents live together in the same house now! And once the steamy reunion scene is over, Jughead ventures to the vending machine for some dinner only to find they’re not alone! Bret (Sean Depner) and Donna (Sarah Desjardins) are there in bunny masks holding axes. Luckily, it’s some weird prank, but Betty can’t help herself and is convinced there’s foul play. After an extremely-unsubtle game of “Never Have I Ever,” Betty breaks into Donna’s room and finds Mr. Chipping’s (Sam Witwer) tie pin — which is a bit suspicious because Mr. Chipping jumped out of a window during class just last week.

Eventually, Donna confesses to Betty that she was having an affair with Mr. Chipping, but she threatened to break it off just a day before he jumped. While Jughead is convinced and feels awful for Donna, Betty isn’t so sure. Now “Riverdale” writers have added an unsavory twist, in which viewers are not sure whether they should trust a student’s word that she was abused by a teacher.

But by far the most bizarre storyline, as always, is the nonsense that happens at Thistlewood. Cheryl (Madeline Petsch) has truly lost it. Last week Cheryl and Toni (Vanessa Morgan) killed Cheryl’s uncle, but unfortunately couldn’t dump his body in the river because Cheryl’s aunt is staking them out. Cheryl invites her aunt to Thanksgiving dinner, where she convinces her that the meat pie she was just served is actually her dead husband. When her aunt doesn’t believe her at first, Cheryl says, “We Blossoms have always been highly carnivorous. I mean, I ate my brother in the womb.” Cheryl’s aunt runs out in horror. So, all in all, a pretty standard Thanksgiving.

This episode does absolutely nothing for the overall plot of the season, which is perhaps fair because it is a holiday episode. Though the writers tried to put in some feel-good family moments and shout outs to the late Luke Perry, the episode is overshadowed by the unconventional — and nonsensical — events that take place.