‘Dickinson’: An Experimental Take On the Life of the American Poet 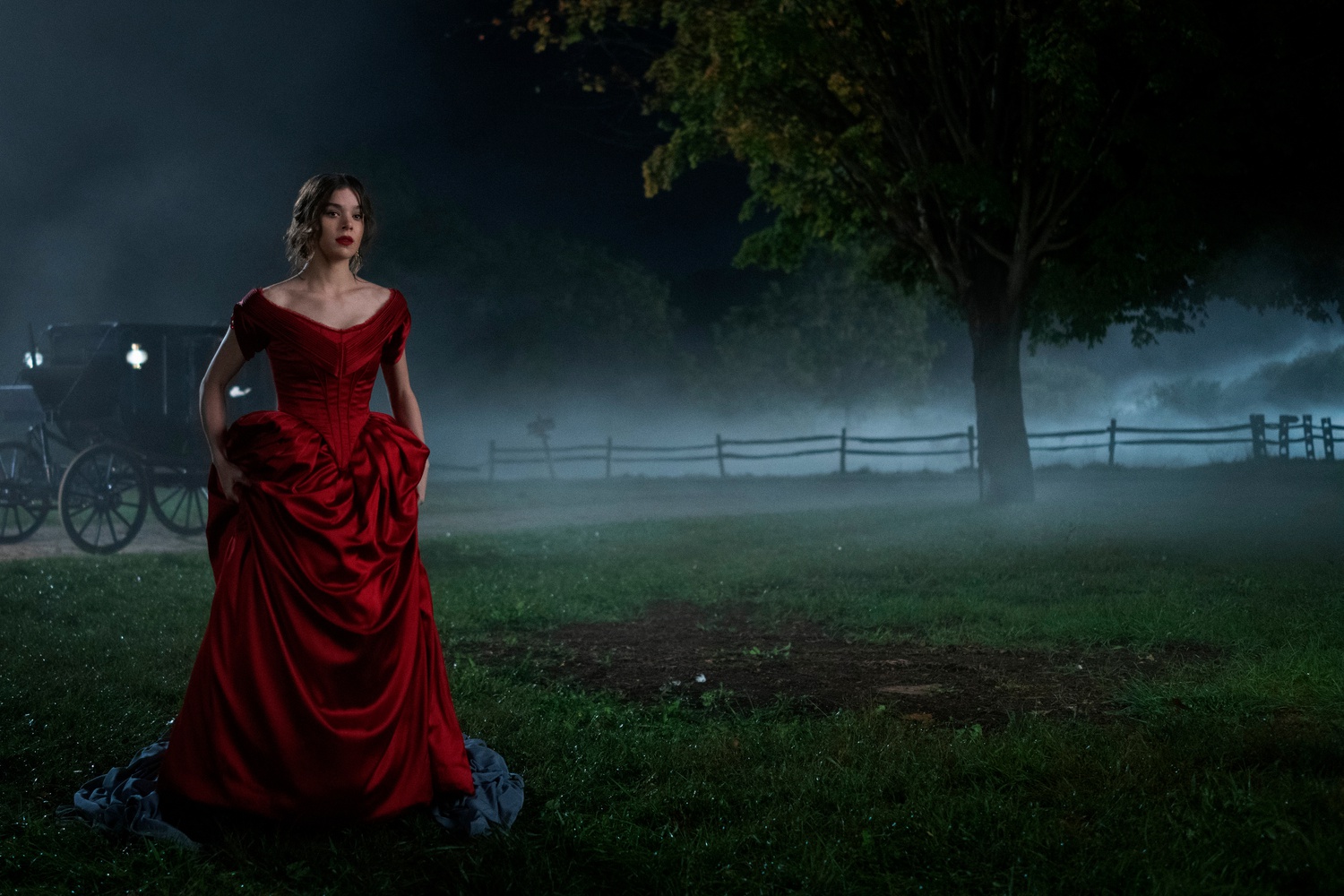 Hailee Steinfeld in “Dickinson,” premiering on the new Apple TV+. By Courtesy of: Apple TV+

In the vein of TNT’s “Will” and The CW’s “Reign,” Apple TV+’s new series “Dickinson” attempts to portray the life of a famous historical figure in a fresh and modern way. This “modern” take, however, feels a little less “new” and a little more mismatched. The show is also meant to be shocking, but it falls flat because of this more experimental take. This is not to say that “Dickinson” is unentertaining, but it feels uneven as the blend of contemporary elements with the historical narrative is unbalanced.

“Dickinson” focuses on the poet Emily Dickinson’s life in the 1850s: A frustrated, 20-something-year-old Emily (Hailee Steinfeld) spends her days doing house chores and being paraded by her mother Mrs. Dickinson (Jane Krakowski) before potential suitors in her large ancestral home in Amherst, Mass. Her nights are spent frantically writing and delving into extraordinary fantasies. Emily does not wish to get married, because she believes it will prevent her from becoming a great writer. Her father Edward (Toby Huss) actively discourages her career, believing it will bring shame to their good family name.

Emily simultaneously struggles with curbing the affections of her brother’s best friend, George Gould (Samuel Farnsworth), a local literary magazine editor who wants to marry her, and balancing her own romantic feelings for her best friend, Sue Gilbert (Ella Hunt), who gets engaged to Austin (Adrian Blake Enscoe) for financial security in spite of her feelings for Emily.

The pilot clearly lays out the conflicts that the rest of the series will address, namely Emily’s desire to write against her father’s wishes and a love triangle between Austin, Sue, and Emily, as well as Edward’s decision to run for Congress. Looming behind all these plotlines is the shadow of the Civil War, which is frequently foreshadowed by various characters.

Though the setting and costumes are period-appropriate, the show’s dialogue and music is contemporary. The choice to make the characters speak colloquially is original, but ultimately strange. While riding by on horseback, Austin greets his sister with a quick “What up, sis?” To which she breezily replies, “Nothin’, bro. Just chillin’.” All the while, A$AP Rocky’s "Praise the Lord (Da Shine)" plays in the background. The whole exchange tries too hard to feel natural and cool. It’s incorporation of contemporary rap music perhaps a poor attempt to borrow from HBO’s more stylistic “Euphoria,” which was praised by critics for its use of soundtrack. “Dickinson” can’t replicate the same sleek vision as “Euphoria” because it isn’t aware of what it wants to be exactly: A fresh, hip feminist critique or sophisticated historical period drama?

Portraying the life of Emily Dickinson means taking a lot of creative liberties, because not all that much is known about the poet whose work was only discovered posthumously. Still, it is hard to imagine the notoriously secluded Dickinson ever going into an orchard to violently embrace her best friend after she gets engaged to Emily’s brother Austin. Paradoxically, when Steinfeld speaks like a modern girl about her problems, it becomes easy to forget that she is Emily Dickinson and just how transgressive her romantic relationship would have been to those in Dickinson’s circles. Though she plays the role with spunk and humor, Steinfeld is so rebellious and stubborn that she appears a little bit more like her character in “The Edge of Seventeen” than the genius poet. She does, however, capture her eccentricity both hilariously and sensitively.

Overall, the show’s humor feels mismatched to the tone of the period. There is a strange moment, for example, when Austin tell Emily that Sue’s sister Mary died and Emily deadpans, “What? She was the healthy one!” Other moments are much more successful. All the comments about her various suitors from Emily to her mother are quite funny, as is the instant when Austin announces to his sister that Sue has accepted his proposal: A flashback unexpectedly reveals that Sue only agrees to his proposal after Austin goes down on her.

The first episode takes place on the day that Emily writes her famous poem, “Because I could not stop for death (479),” which means that the episode also focuses on her writing process of this work. The inspiration of this poem, according to the TV show that is, is a recurring dream of Death, surprisingly played by rapper Wiz Khalifa, who arrives in a black carriage. In a rather CW-esque scene, Emily emerges out of her home wearing a gorgeous, red satin gown to meet him — with Billie Eilish’s “bury a friend” ominously playing in the background, of course.

Though bizarre and comic, Emily’s exchange with Death is one of the best parts of the episode, because it allows the audience to finally see the more pensive and cerebral side of her, the side that readers of her work have come to know: her preoccupation with fame, death, and immortality. The moment contrasts rather starkly with her actual writing of the poem. When she finally champions her writer’s block and comes up with the second line of the poem, she confidently whispers, “Nailed it!”

Overall, “Dickinson” should be commended for its bold artistic choices, namely its blend of the modern and historical, but its failure to make these fuse together is ultimately unsurprising. While its experimentation might be an homage to Dickinson’s work, the show fails to be as revolutionary as its subject.