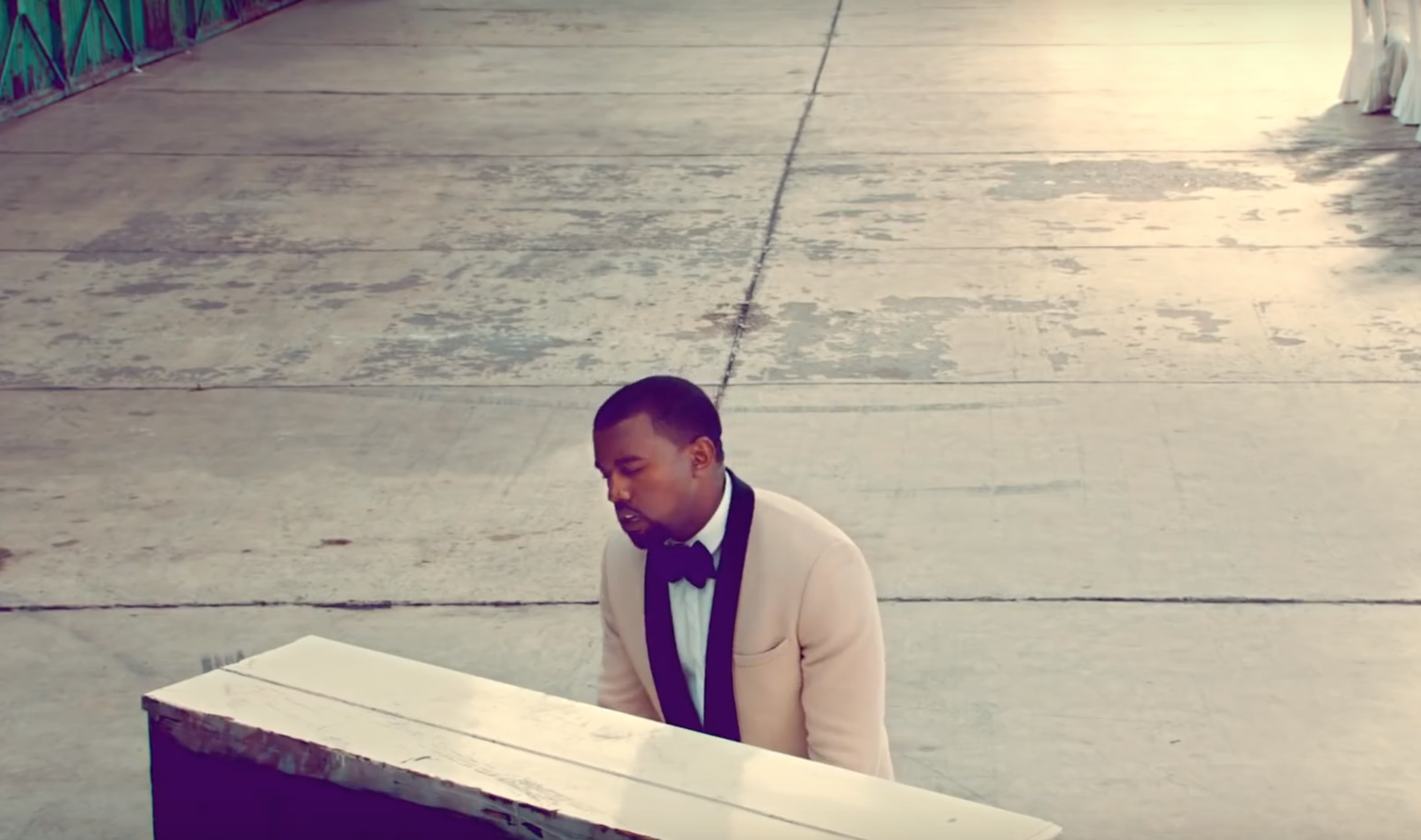 In celebration of the release of Kanye West’s newest album, “Jesus Is King,” we’re taking a look back at the artist’s prolific career. Keep reading for a complete ranking of West’s solo albums to date.

In short, “ye” is bad. Underwritten, rushed, and arguably unfinished, “ye” depicts West at his lowest: spontaneous, paranoid, yet still self-assured enough to deliver controversial social commentary. Opener “I Thought About Killing You” reads like a twisted love letter from a madman. On “Yikes,” West gives an unneeded take on the #MeToo movement, and “Wouldn’t Leave” sounds like a confessional, but West continues to defend his irresponsible decision to call slavery a “choice.” “ye” is the product of a very disorganized and chaotic period of West’s life. In a better world, it would be a quick forgettable detour. West was arguably overworked in the summer of 2018, producing five albums in rapid succession, and his “Kids See Ghosts” collaboration with Kid Cudi demonstrates his ability to shine in a duo. Unfortunately, “ye” is more likely the first in what will become a string of underwhelming solo efforts from West.

Kanye goes gospel. “Jesus Is King” suffers from the same haphazard song construction of “ye,” resulting in an 11-track album with a 27-minute runtime. The mixes sound unfinished — don’t be surprised if they’re updated in the next few weeks. It is striking that West’s biggest genre departure to date lacks urgency. Critics of artistic risks like “808s & Heartbreak” still acknowledged their importance; “Jesus Is King,” though, risks being remembered as West’s first inessential album. It is hard to imagine any of these songs having a staying power that rivals other religious-minded tracks like “Jesus Walks.” That song spoke to West’s struggle to live a pious life in a vice-ridden community. Messages like those propel religious music — the genre succeeds because it seeks to understand the world through God’s lens. “Jesus Is King” is only concerned with West bragging about his newfound religiosity: West boasts about getting into heaven on “Selah” and uses “On God” to complain about the IRS and fan reactions to exorbitant merch prices. In the end, “Jesus Is King” sounds too rushed for the Christian themes to make a lasting impact. West refuses to choose between emulating gospel and selling overpriced sneakers and hoodies. Perhaps that’s because he fails to see any difference.

Kanye’s first album may well be his most bloated. The numerous skits and cutaways ubiquitous in its era have not stood the test of time. That said, when “The College Dropout” excels, it shows West at his peak. Songs like “Jesus Walks” and “Through The Wire” will be remembered long after he abandons music to become an evangelical preacher. And “Dropout” deals with themes West continues to come back to: his faith (“Jesus Walks”), his friends (“Never Let Me Down”), and his fatalism (“Through The Wire”). The bloat keeps “The College Dropout” from being among his best albums, but the work at large is a signal of West’s developing talent, the boost he needed to fully pursue a solo career.

“Late Registration” is impressive mainly because it was released only a year after “Dropout,” but demonstrates a clear lyrical and sonic progression from his previous work. “Touch The Sky” and “Gold Digger” are roaring crowd-pleasers that still sound fresh almost 15 years after the fact, but some of the album’s best moments occur when it deals with darker topics. “Diamonds From Sierra Leone (Remix)” addresses the pitfalls of fame by focusing on the most lavish of purchases: jewelry. “Gone” could have been one of the best album closers in recent memory: “Shorties at the door ‘cause they need more / Inspiration for they life, they souls, and they songs / They said, ‘Sorry, Mr. West is gone.’” But with the addition of two comparatively needless tracks (an original mix of “Diamonds”, “Late”), the mid-2000s bloat strikes again.

“Graduation” is West’s first album free of filler tracks. Every song, even the mediocre ones, fulfill a purpose in demonstrating West’s transcendence of traditional hip-hop. “Stronger” is the most remembered track — for good reason — but tracks like “Everything I Am” and “Homecoming” show West at his most vulnerable. “Homecoming” was also the most successful collaboration from any Coldplay member until The Chainsmokers’ “Something Just Like This,” and even then, “Homecoming” evokes a feeling of nostalgia the synth-filled Chainsmokers track fails to find. Braggadocious Kanye is still here, most evidently on “Can’t Tell Me Nothing,” making the sharp left turn of his next album, “808s & Heartbreak,” all the more unexpected.

The bloat strikes back. Filled with interludes and double meanings, “The Life Of Pablo” was a precursor to West’s future release setbacks. It appeared West was back with the release of the stunning “Only One” and the catchy “FourFiveSeconds” (he was not). West was set to release a new track each week during a promotion known as GOOD Fridays. Only two were released. And like other albums, it was believed “The Life Of Pablo” was finished when released. Subsequent updates ultimately made the album better and more coherent. The addition of “Saint Pablo” in particular was worthwhile, as it is a much better closer than “Fade.” West’s misses hold the album back, though. The gospel influence that worked on “Ultralight Beam” failed on “Low Lights.” The egotistical delivery of “Yeezus” sounded unnecessary on songs like “Feedback,” “Freestyle 4,” and “Facts.” But “The Life Of Pablo” has a full album’s worth of great tracks. Songs such as “FML” and “Real Friends” deal with emotional trauma similar to “808s & Heartbreak.” “Famous,” while bombastic, deftly samples Nina Simone. Ultimately, “The Life Of Pablo” can best be summed up by West’s extended verse in “No More Parties In LA:” overlong, but impressively so.

Opaque, industrial, and postmodern, West’s sixth album “Yeezus” sharply divided fans and critics alike. Much of its criticism is warranted. The album is not “easy listening” by any stretch of the term, but its raw aggression and self-absorption make an artistic point that remains salient today. West took a stark turn on “Yeezus,” proclaiming that he was a God and demanding more of his fans than ever before. But West at his most angry also produces spectacular moments. “Blood on the Leaves” has his best beat drop to date. His roundabout way of asking for forgiveness during “Bound 2” contains some of his most intricate rhyming. Samples on “Send It Up” give the track a reggae twist. “Yeezus” had the potential to be just as influential as some of West’s earlier work, but we may need to wait a few more years to fully judge its impact. Make no mistake: If mumble rap gives way to a more aggressive era, “Yeezus” will be claimed as its inception.

If “Yeezus” divided West’s fans, “808s & Heartbreak” divided the hip-hop world. A product of despair, the album precipitated the rise of a more emotional and vulnerable rap that allowed stars like Drake to rise. In “808s & Heartbreak,” West strips his music down to its raw elements and constructs a synth-based sound that emphasizes his lyrics. Some of its results are truly unforgettable: “Love Lockdown” has a legendary drum beat and the wailing hook on “Heartless” takes on a life of its own. “808s & Heartbreak” may be West’s deepest work. Forgotten tracks like “Say You Will” and “Street Lights” display a range that answered the question of whether West is truly a great rapper. The answer to that question never mattered, since his work cannot be separated from his own production and songwriting. And when casual rap fans grimaced at “808s & Heartbreak”’ divergence from the sound of “Graduation,” other artists noticed. While it may not be his most appreciated work, “808s & Heartbreak” is certainly his most important.

“My Beautiful Dark Twisted Fantasy” fits a coveted musical archetype: The Artist, besieged on all sides, retreats to seclusion to record his greatest work yet. In the aftermath of the Taylor Swift VMAs incident, West disappeared from the public eye to a recording studio in Hawaii. Over the course of almost a year of sessions, West pushed featured artists like Nicki Minaj and Rick Ross to their limits, resulting in verses for “Monster” and “Devil In A New Dress” that may be the peaks of their respective careers. “My Beautiful Dark Twisted Fantasy” is expansive, overbearing, and fantastical, but West stands under the Sword of Damocles and makes everything work. It seems insane that “All Of The Lights” could support 10 different singers (including Elton John), but the song somehow is more than the sum of its parts. The range of samples is truly impressive, as West takes pieces of King Crimson (“POWER”), Bon Iver (“Lost In The World”), and Gil Scott-Heron (“Who Will Survive In America”). The standout, however, is “Runaway,” a nine-minute opus that distills West to his very core. “My Beautiful Dark Twisted Fantasy” lays a claim to best album of the decade.

— Staff Writer Jack M. Schroeder can be reached at jack.schroeder@thecrimson.com.