‘Last Christmas’ Has No Pulse 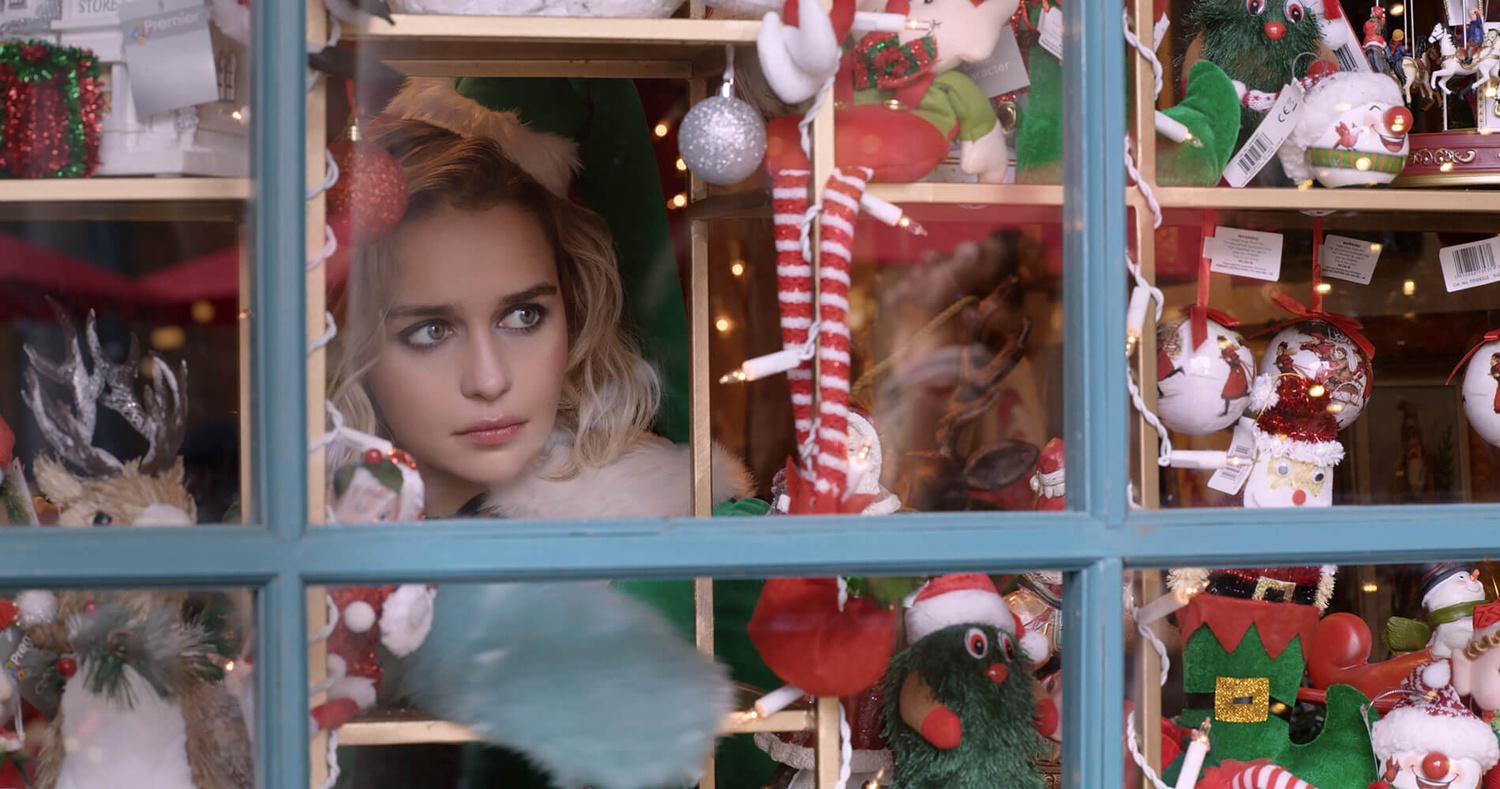 The Christmas film is a tawdry form — glittery and overwrought, it asks its spectators to indulge in the largely secular, late capitalist spectacle of the holiday season, which has more to do with sugary maxims about gift-giving than the act of charity itself. Borne out of this genre is a veritable cadre of bauble-decked monstrosities that long to be enshrined in the glimmering vault of Christmas classics.

Still, all that glitters is not gold, as is unfortunately the case with Paul Feig’s heavily-marketed rom-com, “Last Christmas.” Starring a post-“Game of Thrones” Emilia Clarke and a post-“Crazy Rich Asians” Henry Golding, the film situates itself somewhere at the nexus of Hallmark holiday schmaltz and Paul Feigian black comedy, saccharine romantic comedy fare and posthumous George Michael publicity material. The result is, to borrow Henry James’ term for the novel, a “baggy monster.” Or perhaps more season-appropriately, a baggy Grinch with a shoddy heart — a muscle that “Last Christmas” only wishes it could borrow.

Katarina (Clarke), who prefers the anglicized moniker “Kate,” is a human trainwreck who spends her days stationed as a professional elf (yep!) in Yuletide, a year-round Christmas shop run by “Santa,” a severe taskmaster in the form of Michelle Yeoh. Poor Kate balances her day job and her aspirational evening auditions to become a West End singer, all the while fending off a nagging mother (a greying Emma Thompson with a hokey Slavic accent) and an uptight lawyer sister (Lydia Leonard). An itinerant Kate wanders idly from household to household, burning one bridge after another, until she meets Tom Webster (a dashing Henry Golding, who dials the charisma up to 11). Tom’s life is a crash course in goodwill, as he meanders on bicycle from volunteering at a homeless shelter to conducting therapy sessions. The ensuing romance between Kate and Tom is less an affair of the heart, and more a philosophy lesson that maneuvers Kate gradually from selfishness to altruism, plucked imperfectly from “The Good Place” and refitted for the holiday season.

As a feel-good, Christmas rom-com, “Last Christmas” delivers until it doesn’t. For two-thirds of the movie, Emma Thompson’s writing shines. The repartee between characters is exactly what a movie of this type calls for: Nearly anything can, and will, be played for laughs. Whether Kate is getting “pooed on” by a bird or her Yugoslavian mother is discovering new English slang (“But Dick is our neighbor! His name means penis?”), the punchlines land consistently. This movie is full of precisely the sort of banter that rom-coms are expected to have, and to Thompson’s credit, it nicely positions this movie in the sweet spot between hilariously entertaining and easily digestible.

Still, though the film’s cast speaks endearingly in Thompson’s signature energetic quips, decent screenwriting struggles to mask the awkwardness of occasional, fumbling gestures at societal critique — particularly when elsewhere, the film has yet to resolve its own complicated political leanings. The same film that overtly criticizes Brexit-era racism also repeatedly costumes Michelle Yeoh in pastel qipaos (as if Chinese women don’t own other clothing) and opportunistically employs a coming out storyline as a subplot without delving into its complexity. These oversights are admittedly minor and narratively insignificant, but for a film that stylizes itself as politically aware, the tonal inconsistencies and imbalances strike a strange chord.

Unfortunately, despite Thompson’s best attempts, politics aren’t the film’s only flaw. While Golding does a wonderful job portraying a charming romantic lead, certain moments exemplify how the movie’s emotional vocabulary feels over-articulated. In a scene meant to be emotional, during which Kate is lamenting life while Tom cradles her in his arms, Tom recites a number of overwrought statements, which leaves too little unspoken. “There’s no such thing as normal, it’s a stupid word,” he says, then continues, “Just being a human is really hard.” Sometimes, it’s the moment of silence that says it all.

But “Last Christmas” can’t stay silent. Much like last year’s campy “A Simple Favor,” also directed by Feig and starring Golding, the last-act plot twist of “Last Christmas” is enough to undermine even the best of Thompson’s abilities. The final 20 minutes descends into a chaos of too-neatly resolved problems, a festive charity talent show that puts every single character into the same room, and a far-too literal reading of the titular Wham! song. The ending recategorizes the movie in the catalog of films with gratuitous melodrama, instead of branding it a delightful holiday movie. Without spoiling the final twist, it’s safe to say that the final moments of the movie rob the film of any possible emotional resonance.

Emma Thompson said it herself: “This wonderful producer, David Livingston, said, ‘Do you want to write a screenplay, kind of a rom-com sort of thing, because we need a great new Christmas movie, based on ‘Last Christmas.’ And I said, ‘Not really.’” And she’s right, we did not need a holiday film that weaves George Michael’s discography and social values into a gimmicky plot. But in the end, that’s what’s left: a movie we grin and bear, with hopes of regifting. Surely by next Christmas, we’ll have given it away.

— Staff writer Caroline E. Tew can be reached at caroline.tew@thecrimson.com