A.R.T.’s ‘Moby Dick’ Gets Lost in Its Own Production 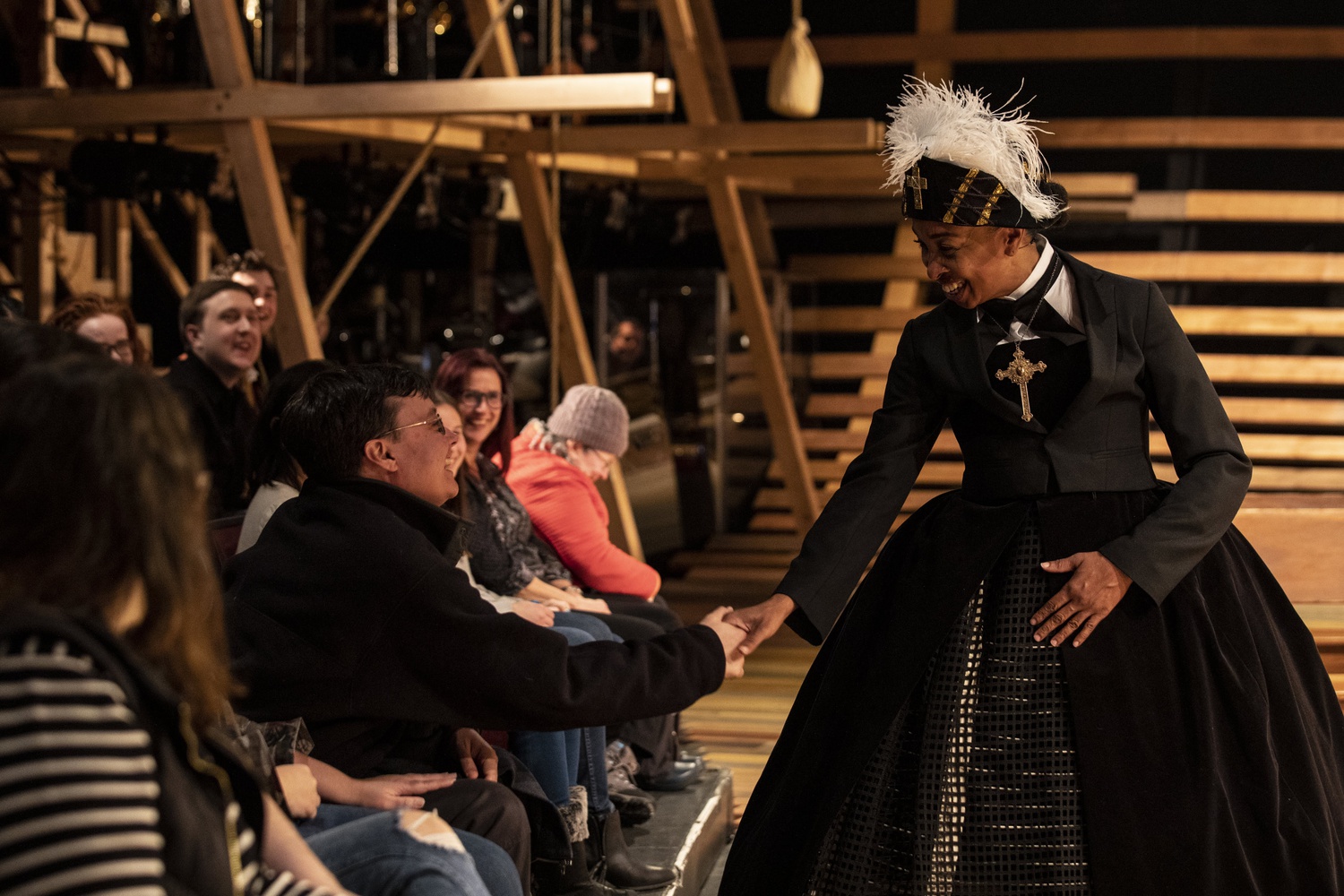 The American Repertory Theater’s world premiere production of “Moby Dick” has everything you could want in a new musical. Beautifully crafted and innovative set design, haunting music, a stellar cast, perfectly synchronized choreography, winning voices. All the elements are just right. It is a great tragedy, then, that the musical’s most successful elements are left unmoored due to the script’s mixed up themes. In efforts to bring modernity to this colossal 19th-century work, the musical loses sight of many of Herman Melville’s original themes while also tending to get lost in its own colossal production.

For the most part, the A.R.T.’s musical is a retelling of the original work. When the show begins, the narrator Ishmael, played by a compelling and earnest Manik Choksi, addresses the audience to tell them that he is an immigrant who has suffered great despair in America. In order to cope with this, he finds himself turning to Melville’s masterpiece. Ishmael begins to frame this adaptation by providing Melville’s biographical information, focusing on his very close relationship with fellow author Nathaniel Hawthorne. As Ishmael then envisions himself aboard the Pequod, the cast of characters introduce themselves through a set of jazzy, lively songs and robust choreography.

Those familiar with the book and the common queer reading of Ishmael and the harpooner Queequeg (Andrew Cristi)’s relationship will not be surprised to see a link between the introductory biographical facts and the book’s very own plot. In fact, much of the musical is influenced by their tender relationship. This is a successful choice as the play’s best musical numbers largely comes from Choksi and Crist’s chemistry and energy. Numbers like “A Bosom Friend” represent the musical’s capacity to translate the book to the stage well, producing moving and funny songs that energetically bring beloved characters to life.

Yet from the start, things are muddied as the show toes a fine line between lauding Melville’s work and criticizing it. These simultaneous goals conflict with each other so frequently that they culminate in more confusion than reconciliation.

In its attempts to atone for the original book’s mistakes, the play goes too far or else is too obvious in its efforts. It casts actors of all genders and races into the roles of white New Englanders and indigenous crew members, a choice that works well much to the credit of the cast. In particular, the performances of the fabulous and mesmerizing actresses that play mates Flask (Anna Ishida), Stubb (Kalyn West), and Starbuck (Starr Busby) illustrate that this casting is ultimately a necessary choice. The issue, however, lies in how pointedly the other characters address these ironies to the audience. Where it might have allowed the paradox to speak for itself, “Moby Dick” has the tendency to be distractingly self-reflective.

While the first couple of nudges and winks from the characters might be amusing, the constant reminders become rather too pointed. Mid-way through the play, Eric Berryman, the actor playing the mystic character Fedallah openly acknowledges this character’s Orientalism-inspired portrayal in the book and Melville’s often problematic descriptions of his characters’ identities. As he does so he removes his costume and breaks out of character, announcing himself to be the black actor that he really is. Berryman performs an initially admirable stand-up bit that relies on tongue-and-cheek jokes about the blind casting and his own paycheck.

Many of the jokes land just right largely due to Berryman’s charismatic delivery, but the longer the bit goes, the more he sinks into opaque, disparaging comments about the world. Overall, this style of humor reflects the play’s tendency to make sweeping critical remarks without citing any specific issues. Criticisms about racism and climate change are clearly articulated, but the nihilistic statements about the cruelty of humanity take no clear form and merely prolong the sentiment of being unanchored.

The musical’s numbers themselves are poppy, experimental, catchy, and stalwart, made all the better by a stellar band with fantastic saxophonists and trombone players that steal the attention of any song they perform. These musicians all mirror Melville’s own experimental form chapters beautifully. At times, the song’s lyrics themselves feel somewhat detached from the music, especially those which rely on direct lines from the book. At times, even the music mirrors the confusion of the show’s themes. All the actors and singers are mesmerizing, particularly Dawn L. Troupe as Captain Gardiner of the Rachel who performs a heartbreaking number about the desolate captain pleading for Ahab (Tom Nelis)’s help in saving his crew. Nelis also delivers an astonishing performance, perfectly straddling the embodiment of this madman while also imbuing him with pity, particularly when he delivers the famous self-reflexive “Is Ahab, Ahab?” speech.

The show’s set is absolutely brilliant and breathtaking. Costume designer Brenda Abbandandolo produced period costumes that somehow manage to appear modern, lending the work a sense of timelessness. Scenic designer Mimi Lien used wooden masts and a poop deck to create the aura of the ship, but also surrounded the entire stage with wooden canopy to resemble both the belly of the ship and the rib cage of a whale. These clever elements have the effect of welcoming the audience both onto and into the ship, making them as much a part of the production as the crew.

And yet, when the cast actually welcomes members of the audience onto the stage to participate as crew members, even whirling them around in small whaling boats, the effect is too much. The participation devolves into heavy gimmick that becomes quite ridiculous to those not directly participating. Audience participation in the beloved whale sperm squeezing scene successfully provides a reprieve from the heaviness of the work and a display of male friendship. But for the most part, these scenes only elongate what is already a very long show.

Writer, composer, and lyricist Dave Malloy and director Rachel Chavkin were bound to ruffle feathers in adapting what many hail as the first great American novel. But with “Moby Dick,” they do too good a job unravelling and rewriting the story. Sure, the product is provocative and original — at once recognizable and changed — but it doesn’t do much in the way of providing solutions to the issues it raises. Many of the show’s criticisms about Melville’s portrayal of indigenous people, his lengthy chapters, or his blatant misinformation about whales appear valid. However, if the premise attempts to convince us that the story of “Moby Dick” is the antidote America needs in 2020, then the play goes out of its way to shut down that thesis. It begs the most telling question of all: If the creators are so critical of most of Melville’s choices, then why adapt“Moby Dick” in the first place?