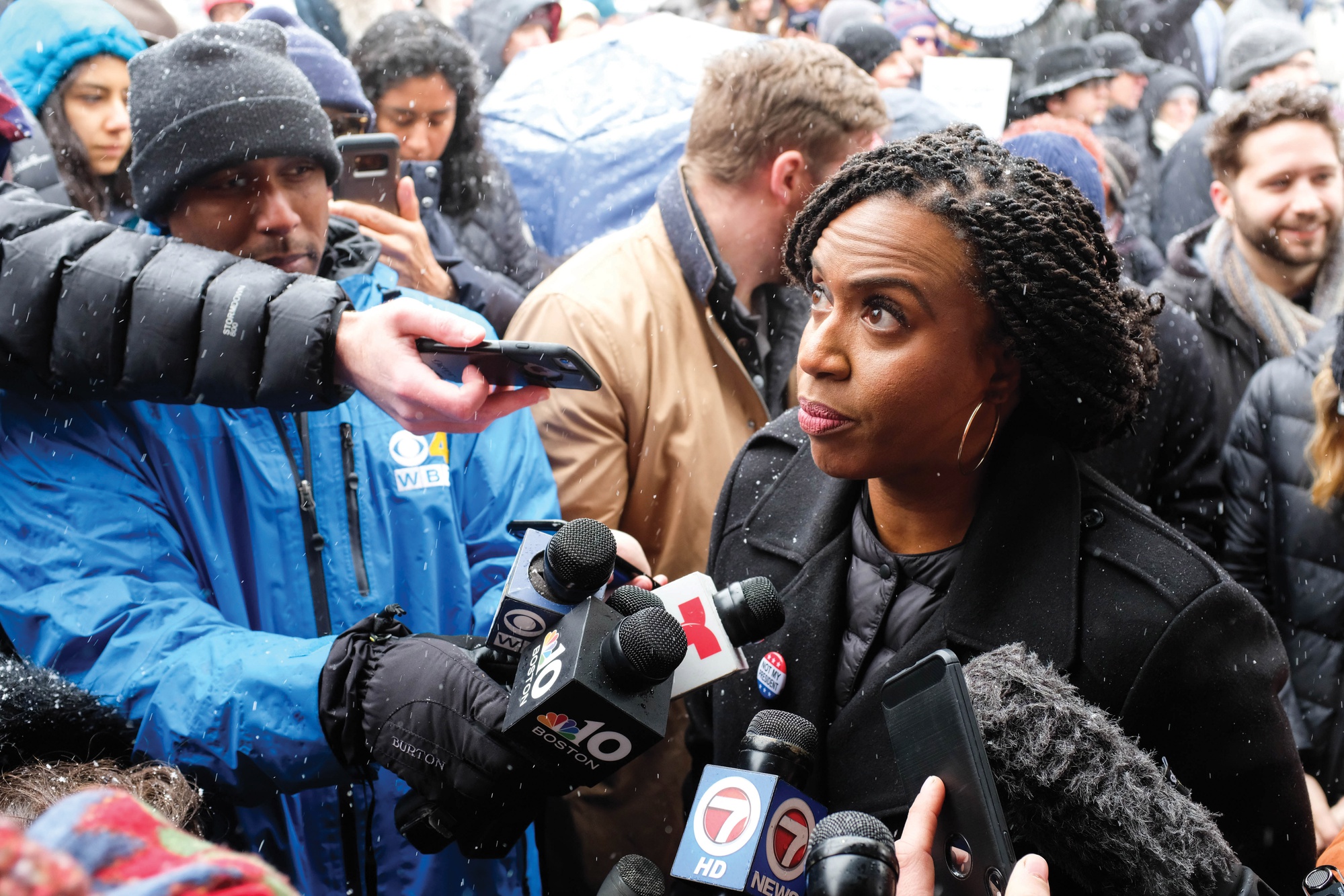 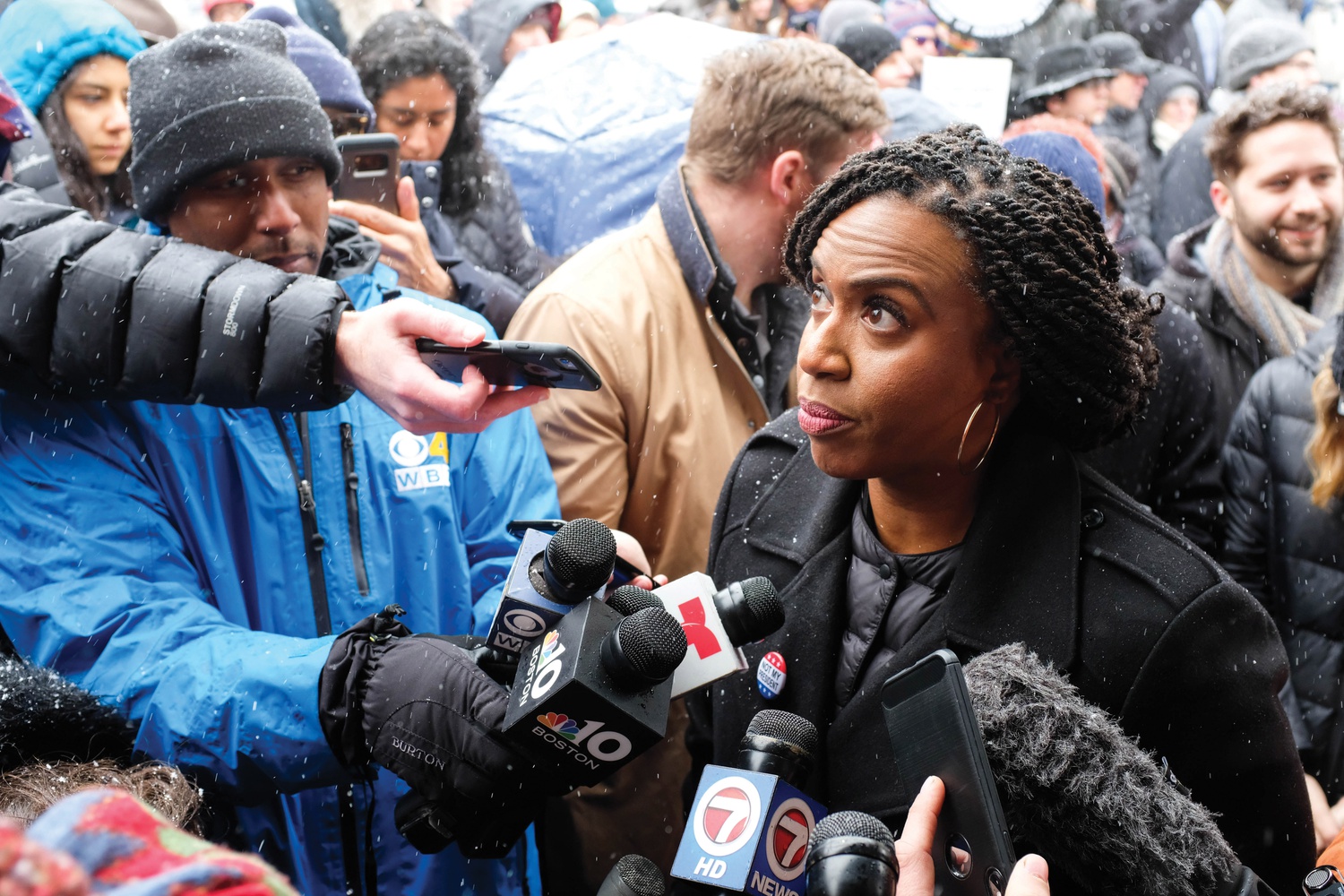 The rally, which took place in front of the Harvard Square Kiosk despite freezing temperatures and light snowfall, was part of a national mobilization effort that saw activists turn out for similar President’s Day protests across the country.

Last Friday, President Trump declared a national emergency to bypass Congress and receive funding for a proposed wall along the U.S.-Mexico border. The announcement came after Congress passed a spending bill that did not fully fund the border wall that Trump requested. Critics denounced Trump’s decision as unconstitutional, arguing that it violates separation of powers and sets a dangerous precedent for future presidential administrations.

At the Cambridge rally, Pressley criticized President Trump’s rhetoric and actions, which she said marginalize immigrant and refugee communities. She argued that the effects of Trump’s policies are not simply limited to those at the border.

“The impact of this hurt has trickled all the way down to the Massachusetts’ 7th, a district that I am proud to represent that is 53 percent people of color, 40 percent foreign born,” Pressley said. 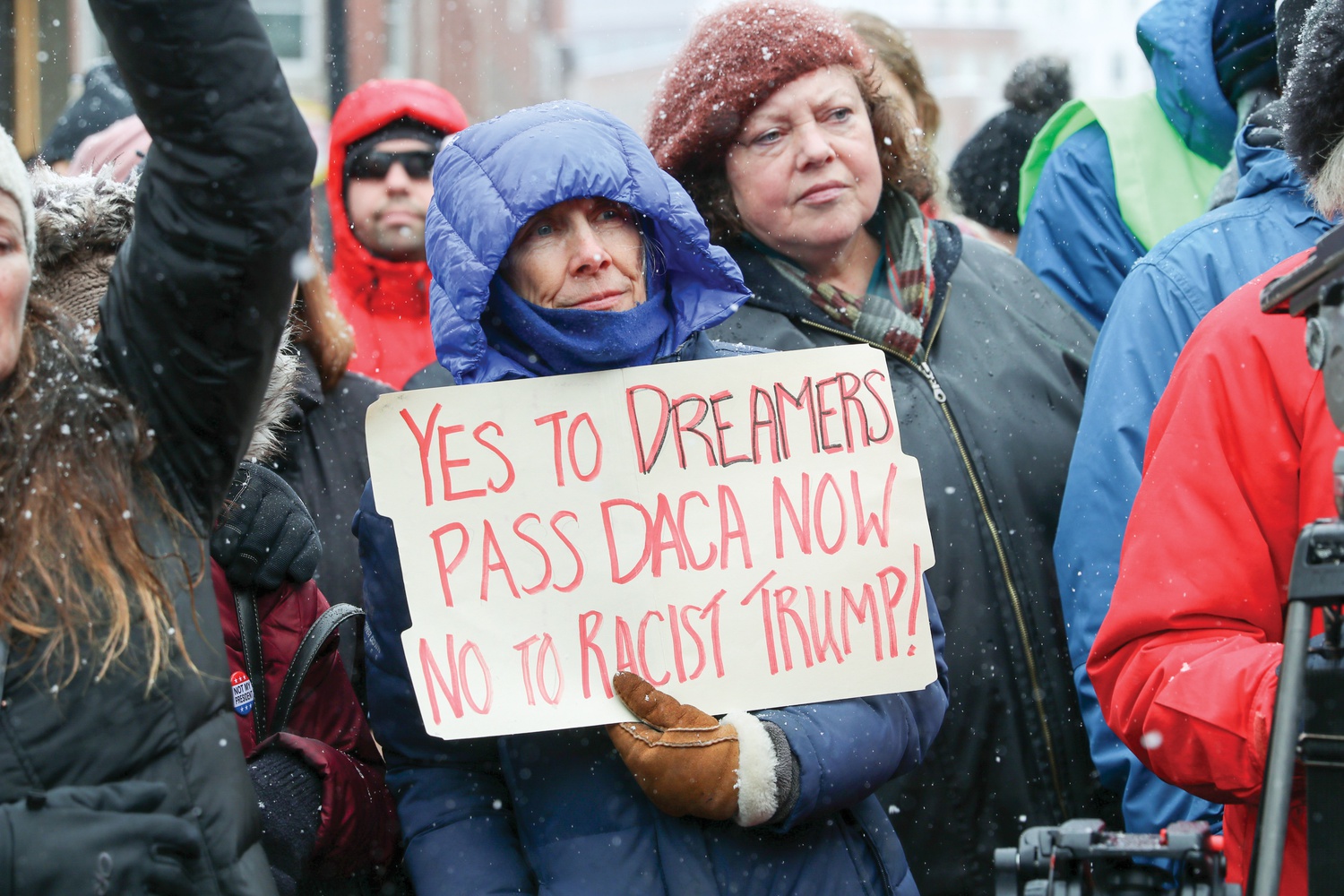 She said the United States is currently facing real emergencies — including the Flint water crisis, Puerto Rico’s ongoing struggle to recover from Hurricane Maria, unaffordable drug prices, voter suppression, and climate change — but not a security threat at the southern border. Pressley said she is a co-sponsor of a recent congressional resolution that would block Trump’s national emergency declaration.

Cambridge Mayor Marc C. McGovern also spoke to the crowd, urging them to “keep the resistance going” and to speak out against injustices he sees in the current administration. He said he believes Trump’s actions in office are “bent on hatred and racism and division.”

“When Trump was elected, many of you heard me say that I would not call him ‘President Trump’ until he started behaving like one,” he said. “Well, I’m still waiting.” 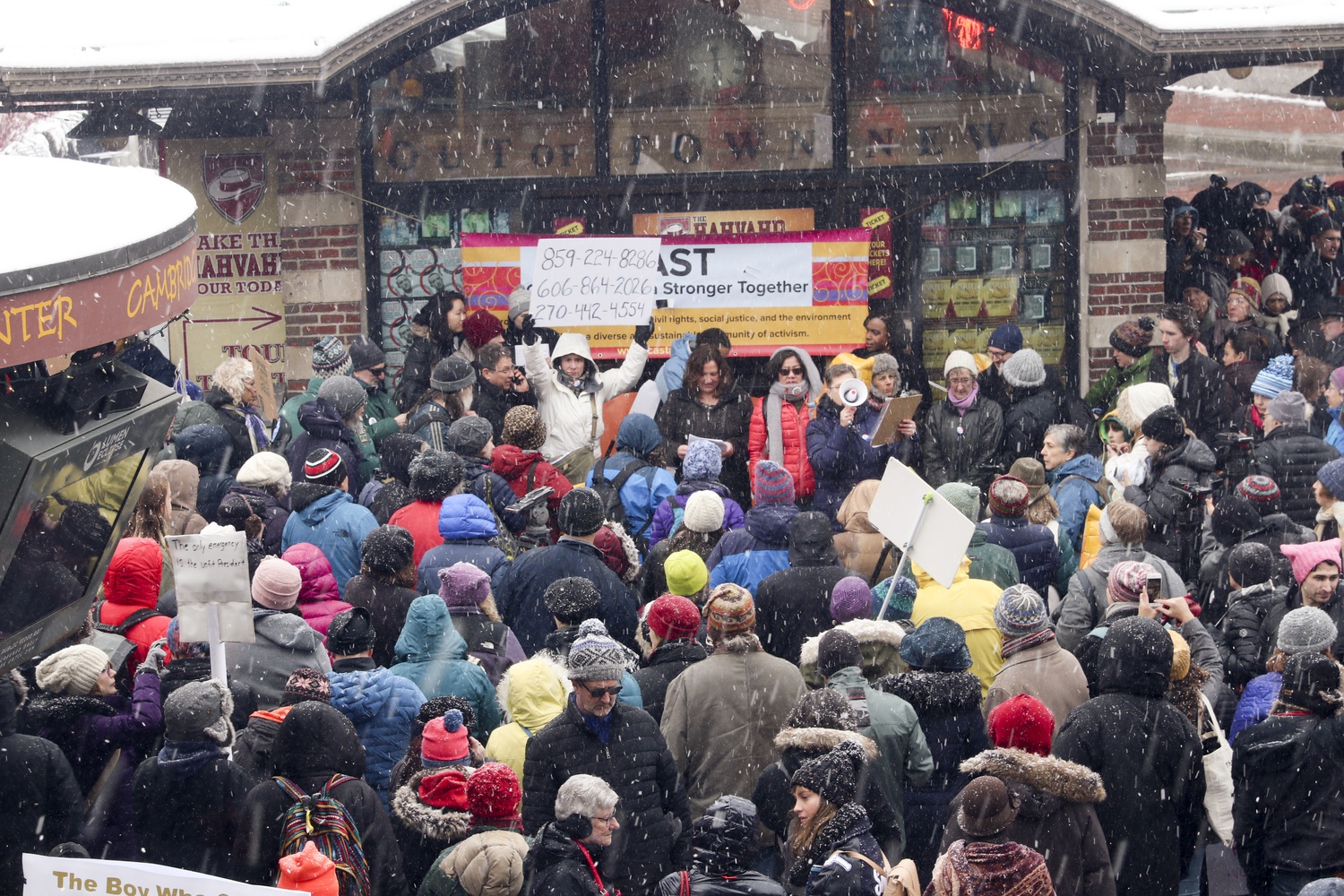 A crowd gathers near the Harvard Square Kiosk to protest President Donald Trump's declaration of a national emergency to build a wall at the country's southern border. By Amy Y. Li

The rally attracted dozens of participants from the Greater Boston area, many of whom carried signs and passed out leaflets.

Karen L. Uminski, a resident of Arlington, Mass., called the prospect of a national emergency on the Mexican border “absurd.”

“Hopefully, with this protest, we can show our representatives in Congress, and also other people who couldn't come out on this snowy day, why this is a problem,” she said.

Organizers led the crowd in several rounds of chants including, “Stand up, speak out, protect our communities” and “No ban, no wall, we welcome all.” The organizers also held up signs with phone numbers for Senate Majority Leader Mitch McConnell’s offices and encouraged participants to call and leave messages.

Pressley ended her address by vowing to continue her resistance against the Trump administration.

“This is a fake emergency, this is constitutional vandalism, this is an overreach, an over-authority, and an abusive power, and we will do everything to stop it,” she said.