Portrait of an Artist: Porsha Olayiwola 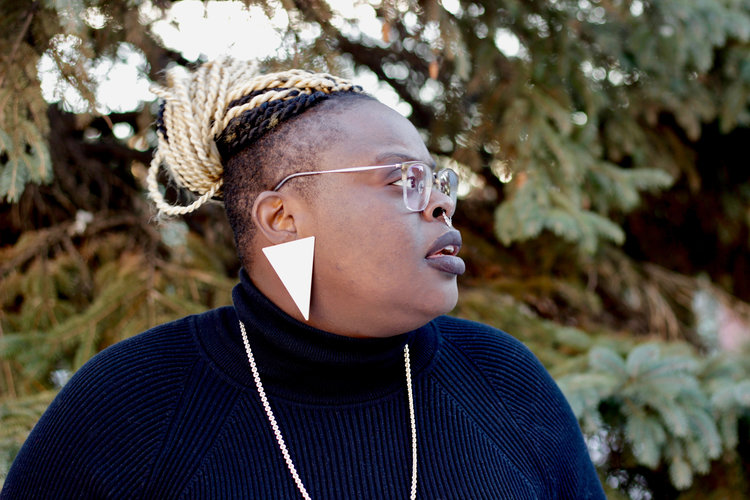 Porsha Olayiwola is the Poet Laureate of the city of Boston, a position she assumed at the start of 2019. Self-described as a “poet, queer-dyke, hip-hop feminist, and womanist” on her website, Olayiwola writes “infra-political” pieces: compositions distinguished as political due solely to the historic erasure of the identities featured. She also co-founded The House Slam, Boston’s first poetry slam venue, and serves as the Artistic Director of MassLEAP, a literary non-profit organization in Massachusetts serving youth artists. The Harvard Crimson spoke with Olayiwola about her new position, what she hopes to accomplish, and the importance of giving frequently silenced voices a chance to speak their truth.

The Harvard Crimson: When and how did you realize you maintained such a passion and talent for poetry?

Porsha Olayiwola: It's a discovery every single day. A lot of writers feel this way — it is constantly a quest for quenching and furthering the passion. I’m into inquiry, so every day I’m interested and invested in learning more.

But also, to be more specific, I have been writing for a while. Before I identified as a writer or a poet, there was a time in 2014 where I won a poetry competition, and I thought, “Hey, this something I could possibly be doing. Something somebody else thought was good — was worthy — and wanted to listen to.” I think that was the first time where I thought, “Maybe I should shift my career.”

THC: You’ve expressed your desire to give young people the freedom to express themselves through art, and the opportunity to do so. Why is artistic expression so important, and why is it specifically important to you?

PO: Artistic expression is important because it’s a necessity. It’s almost like water. Specifically for young people, it’s like, “Here are some tools, and here is a platform that says I want to hear what you think, and how you craft, and what you have to say. And I want to know what's in your mind.” I think the mind is so imaginative and so private and so intimate, but it’s also the first birthplace of the human. We exist in our minds and the world is secondary. So to tap into someone’s imagination and allow them to express themselves is a form of radical love. Young people — those who are not necessarily listened to — should know [that] we need you. We want to hear you. For anybody that’s marginalized, I think that is near life and death.

THC: You don’t shy away from discussing the intersectionality of your experiences as a black, queer woman. Have you ever felt anxious performing for crowds that don’t share your identities?

PO: Sometimes the poem has to exist. “The Joke” is a poem written about this, but also, when it is read aloud, it is meta. The poem is, in and of itself, “the joke” … So it becomes necessary, lest we balk the work. This morning I was just reading “A Litany for Survival” by Audre Lorde, and she says, “We must keep remembering we were never meant to survive.” If we remain silent, we’re afraid. If we speak, we’re afraid. So we might as well speak, knowing that it is necessary. So I have to keep those things in mind.

But also, people seem receptive! And maybe they’re not, maybe they are. Maybe they just keep it to themselves. But either way, the confrontation occurred, whether it be in their mind or in their spirit. The visibility of myself has occurred in front of their very own eyes, so I exist. I’m a whole person, and there are other people like me. So even if it doesn't spark a conversation, even if it inspiries something else, it is a form of existence. And existence is resistance.

THC: What effect do you hope your poetry, and work as Poet Laureate, will have on artists of the next generation, and the culture that those artists will exist in?

PO: I've been trying to push my work to take on a more afrofuturistic lense — magical realism, sci-fi. But also, I’m really thinking about my approach to issues as the laureate, thinking about it through a lense of radical love. I already believe in my heart that poems are an act of love. A way to know a person, or to hear a person’s voice, and see them. As the laureate, my job is to connect the whole city, so I'm constantly thinking about how I can act out of radical love. And I think radical love is futuristic. Loving people beyond what I see — which is a little magical. Beyond the hate they have given me.

THC: And do you see that as a possibility? Are you hopeful?

PO: I am the most unhopeful person ever. I often think about hope in the context of oppression. How do you keep oppression going? If you really want to destroy people, you take away their hope, or any kind of hope that they may have had. So it’s important to not lose sight of hope because if you do, that is also a tool of the oppressor. I live in Boston, and now I have this position where I am afforded the privilege to connect and work with Bostonians on every single level in a field that is very prestigious, and literary, and traditionally white-male. And so, as the position calls, and my own intersecting identities and ancestral past call, it is important for me to act out of radical love irregardless of the hope. ​​​