Harvard will receive 73,000 Turkish lira — equivalent to roughly $14,000 — after Halil Çil, a Turkish citizen, licensed Harvard’s trademark to language and private schools in Turkey without the University's authorization.

Harvard notified Turkish lawyer Okan Çan of the issue in 2014 and found that Çil had licensed Harvard trademarks to 30 different educational institutions across Turkey. Çan, an intellectual property lawyer with the Deris legal group who has represented Harvard before, said that Çil's use of the Harvard trademark took many forms. 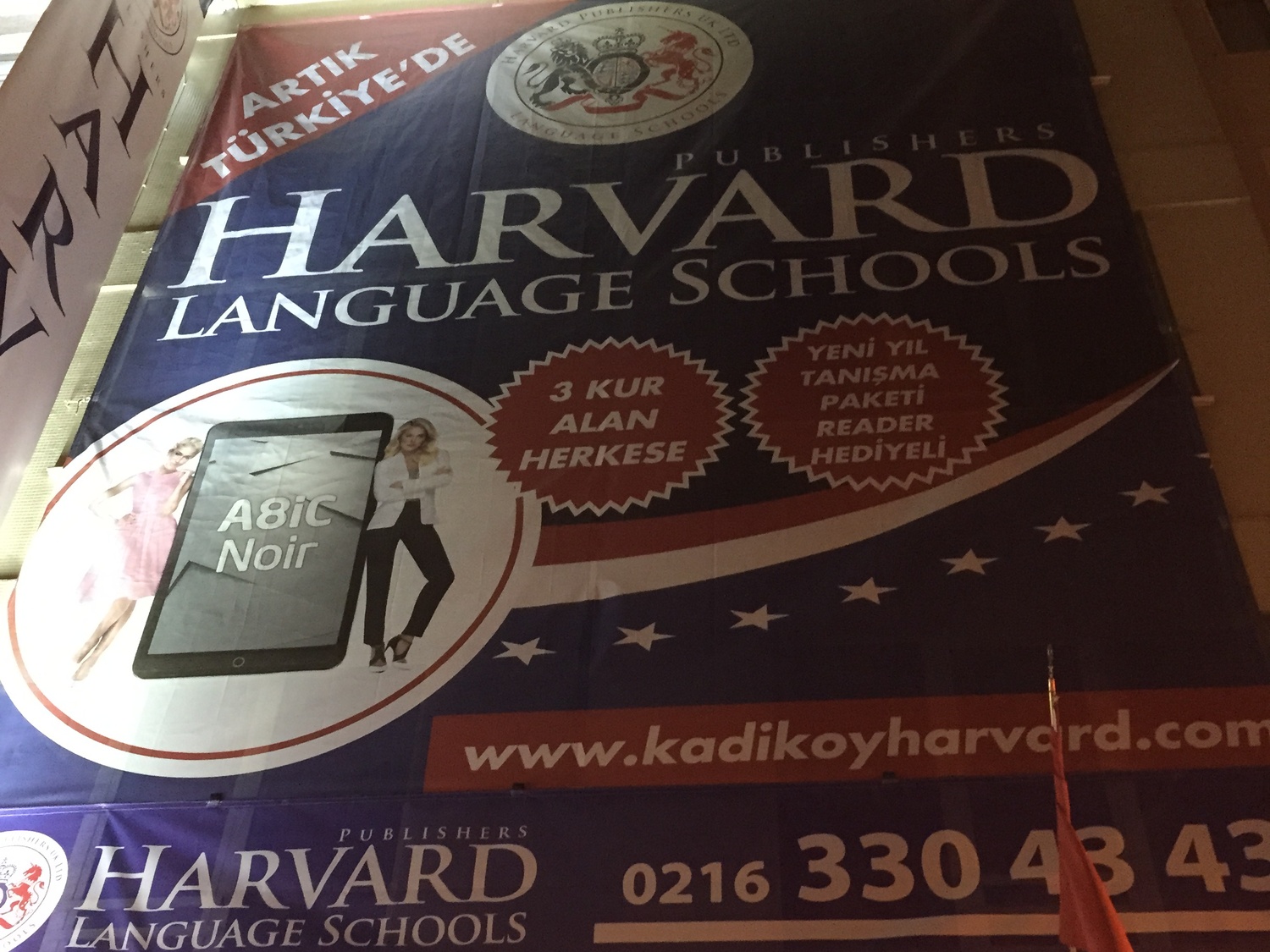 A Turkish language school uses Harvard's trademark without permission. By Courtesy of the Harvard Trademark Program

The case was decided in Harvard's favor on April 10, 2018, by Judge Sule Binnaz Aydin Yunus. A press release on the case was published in Turkey on Jan. 12. Çil and his associated companies Birlesik Markalar and Harvard Publishers were defended by Vuslat Kocak Pinar.

Çil’s lawyer did not respond to a request for comment.

The Harvard Trademark Program, which protects the University's trademark and authorizes its use around the world, first identified the issue.

Çil was found to have submitted dozens of applications to trademark offices in Turkey to secure ownership of different Harvard trademarks, according to University spokesperson Jonathan L. Swain. Çan said all of Çil’s applications were rejected.

Swain wrote in an emailed statement that Harvard found fault with Çil’s use of the trademark because he both claimed the Harvard trademark as his own trademark and had licensed it to various schools.

After learning of Çil’s actions, Swain wrote that Harvard contacted Çil in an effort to remedy the issue before turning to litigation, but he refused to comply with Harvard’s demand that he stop using and licensing the Harvard trademark. Harvard filed its lawsuit in 2015.

Swain wrote that filing the suit against Çil was partly motivated by a desire to ensure the best interests of families who might send their children to the schools with the fake Harvard trademarks.

According to Çan, Çil and his lawyers defended him against Harvard’s lawsuit by noting that Çil owns the company Harvard Publishers.

“[Çil] had one registered company in the UK and one in Turkey for the same name, and he was claiming that he is entitled to use this name as a trademark as well,” Çan said. “This was his main argument in the main litigation.”

In response to Harvard’s lawsuit, Çan said Çil filed a countersuit in which he hoped to annul Harvard’s existing trademark registrations in Turkey, claiming that Harvard’s trademarks had not been used in Turkey for five years. The court decided in favor of the University in both the original suit and countersuit.

Swain wrote the lawsuit resulted in a permanent injunction against Çil’s use and licensing of the Harvard trademark in Turkey.

The University is ultimately receiving 73,000 Turkish lira resulting from the suit. The Hürriyet, a Turkish newspaper, reported that Çil made 2 million Turkish lira a month from his tradmark-licensing franchise, amounting to an annual income of over $4.5 million.

Çan said Harvard’s goal was not monetary compensation, but to “stop the schools as soon as possible” and inform them of their trademark infringement. Some of the franchised schools are now shut down and many have changed their names, he added.

Çil faces around 500 lawsuits from various institutions and parties within Turkey, including suits from the Turco-British Association and the Turkish-American Association, according to the Hürriyet.

—Staff writer Annie C. Doris can be reached at annie.doris@thecrimson.com.