‘High Life’ Traffics in the Taboo 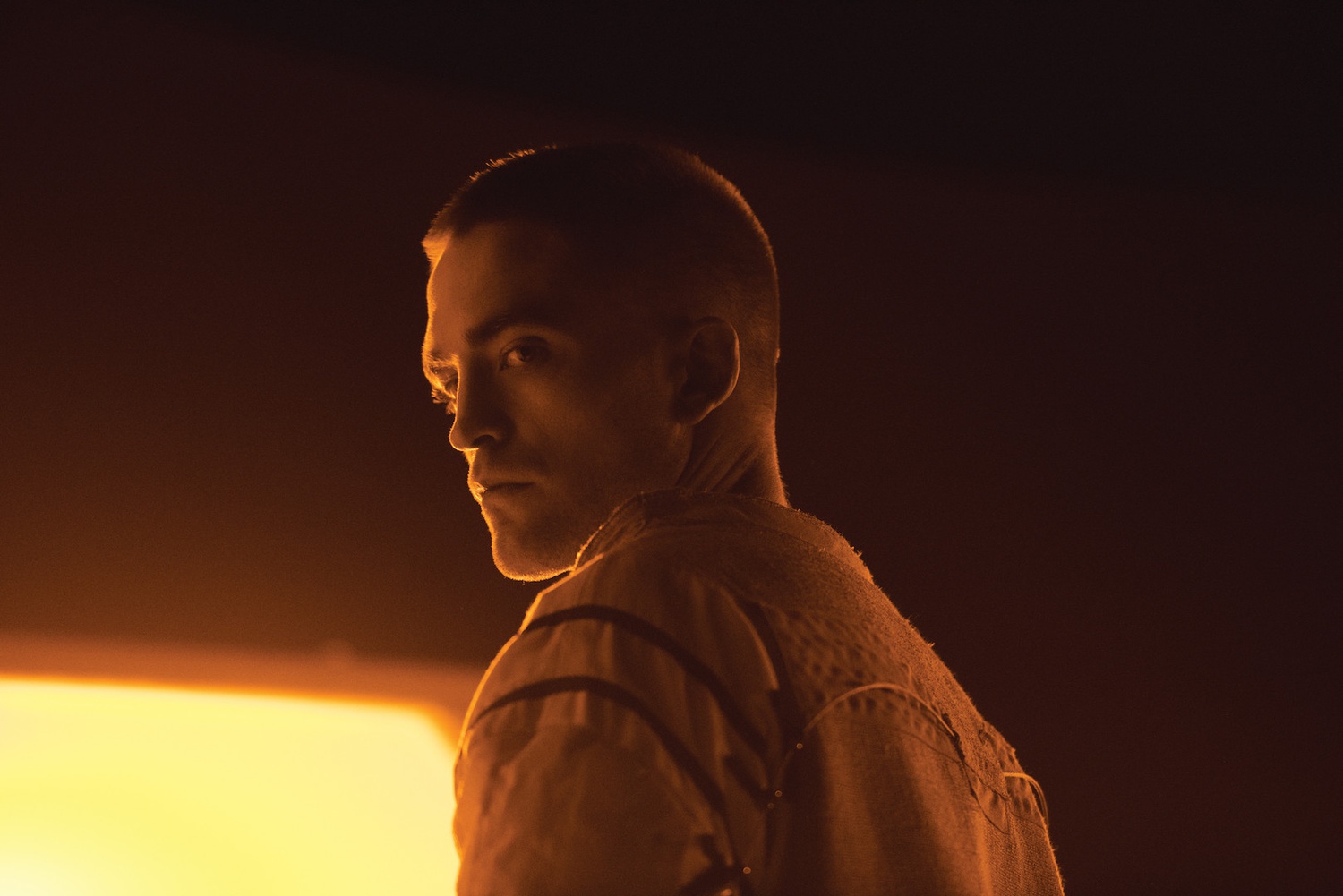 As a spacesuit-clad Robert Pattinson is poised delicately in the void of deep space, his silent suspension is a fitting emblem for a transfixing opening scene. With a giant wrench in hand, he carefully works to secure a bolt on the spaceship’s exoskeleton while communicating via microphone with his infant daughter, who is inside. He whispers to her, “Dada.” Her gurgled “Dada” in response breaks the radio silence of the void and grows into an excruciating wail. When he tries to hush her, his hands falter for a moment, the wrench slips away, and he watches as it sinks slowly, eerily into the void. French filmmaker Claire Denis has graced cinema once again with her singular cosmic thriller, “High Life,” her first-ever English-language feature film. Fusing the abject and the sublime with stunning sleights of hand, Denis crafts a unique vision of deep space in this deliciously disturbing must-see.

Leave it to Denis, often celebrated as a true auteur, to pioneer a new way to direct the cinematic gaze toward outer space. Denis’ cosmos needs none of that atmospheric sound so dear to science fiction directors to demonstrate its terrifyingly vacuous expanse. What is perhaps more impressive, “High Life” inverts the traditional plot of the sci-fi flick, beginning with the aftermath of an ill-fated mission to the far reaches of the universe. Monte, played by a masterful Robert Pattinson, and his infant daughter (Scarlett Lindsey) are the last survivors on board a dilapidated spaceship that is hurtling towards a black hole. Through a series of flashbacks, the film recounts how the crew, made up entirely of death row inmates and led by a perverse doctor, reached the point of self-destruction. Murder, suicide, and ill health made the passengers a dying breed aboard an eroding tin can. Amidst the sex, blood, test tube babies, and brutalism, “High Life” is a winking meditation on what humanity ought to fear most: its own capacity for evil.

Denis is a faithful genre-bender, and although she does not consider “High Life” a sci-fi movie, it is certainly in a provocative dialogue with many of the genre’s tropes. By injecting these clichéd structures with all the messiness of carnal desire and taking the time to explore the strangeness of human displacement, Denis has revitalized the genre. In her able hands, the prototypical evil scientist transforms into the sexy, baby-crazed Dr. Dibs, who, of course, calls dibs on the semen of every man aboard the ship. Her obsession with all matters of the flesh is reminiscent of the sexual cannibals in Denis’ 2001 film “Trouble Every Day.” Juliette Binoche plays Dr. Dibs with an appallingly clear-sighted singularity of purpose. She moves effortlessly from a wild ride on a mechanized dildo — the chief amusement of the ship’s oft-used “fuckbox” — to a sinister execution of her fertility experiments. By collecting the semen of the men on board and injecting it into the women, Dibs attempts to manufacture a reproductive society. If the fetuses survive long enough to be born, however, the babies quickly die from radiation. Dibs finally looks to the healthy, noble-natured Monte to solve the problem of ship-wide infertility –– only, Monte refuses to contribute his seed to the experiments. Nicknamed “the Monk” by the other crew members, he is decidedly asexual and certainly does not use the “fuckbox.” Like a long-haired succubus, Dibs preys on a sedated Monte one night, raping him to collect his semen. She injects it into Boyse (Mia Goth), a wild-child murderess who, after giving birth to a healthy baby girl, flies solo into a neighboring black hole to her death.

The film rewrites the conventional cosmic adventure story with a wonderfully unrelenting, subversive strain. In the first place, there is the all-important space mission: that great, life-threatening undertaking for the benefit of humanity. Denis makes a playground of this sci-fi ideal, as her crew is not comprised of illustrious NASA heroes. Instead, they are a not-so-merry band of hardcore miscreants. The government offered these death row inmates a choice: Stay on Earth and await your death in prison, or serve your country in a doomed mission to deep space. They are considered the scum of the earth, and they are being duly recycled. Their new prison is one of the most unsexy, non-futuristic spaceships in cinematic history — a sort of concrete block with rust around the edges. Their new sentence is death by black hole oblivion.

However bleak this vision of space exploration, Denis treats her subjects with a sensuousness that tempers the film’s brutalism. “High Life” is awash with sympathetic close-ups that work to capture the subjectivities of even the most morally obscene characters. For a film that traffics so heavily in the taboo, there is a sustained note of tenderness struck chiefly by Robert Pattinson’s remarkable performance. As Monte, he has all the thoughtfulness that his characteristically heavy eyebrows suggest, but, beyond that brooding quality, he is also a wonderfully generous actor. Some of the film’s best moments are understated scenes of intimacy between Monte and his daughter, which stand out like pockets of redemption in a grotesque underworld. The baby girl, aptly named Willow, springs like a beacon of renewal from a ship submerged in moral degeneracy. It is ultimately Monte and Willow’s relationship that has enough staying power to survive the black hole. In a tantalizingly ambiguous final scene, a bar of golden light spreads over the picture. It is as if double doors have opened, allowing father and daughter to enter into an effluence of light that can only be described as the site of the supreme taboo: What lies beyond the void, if anything?