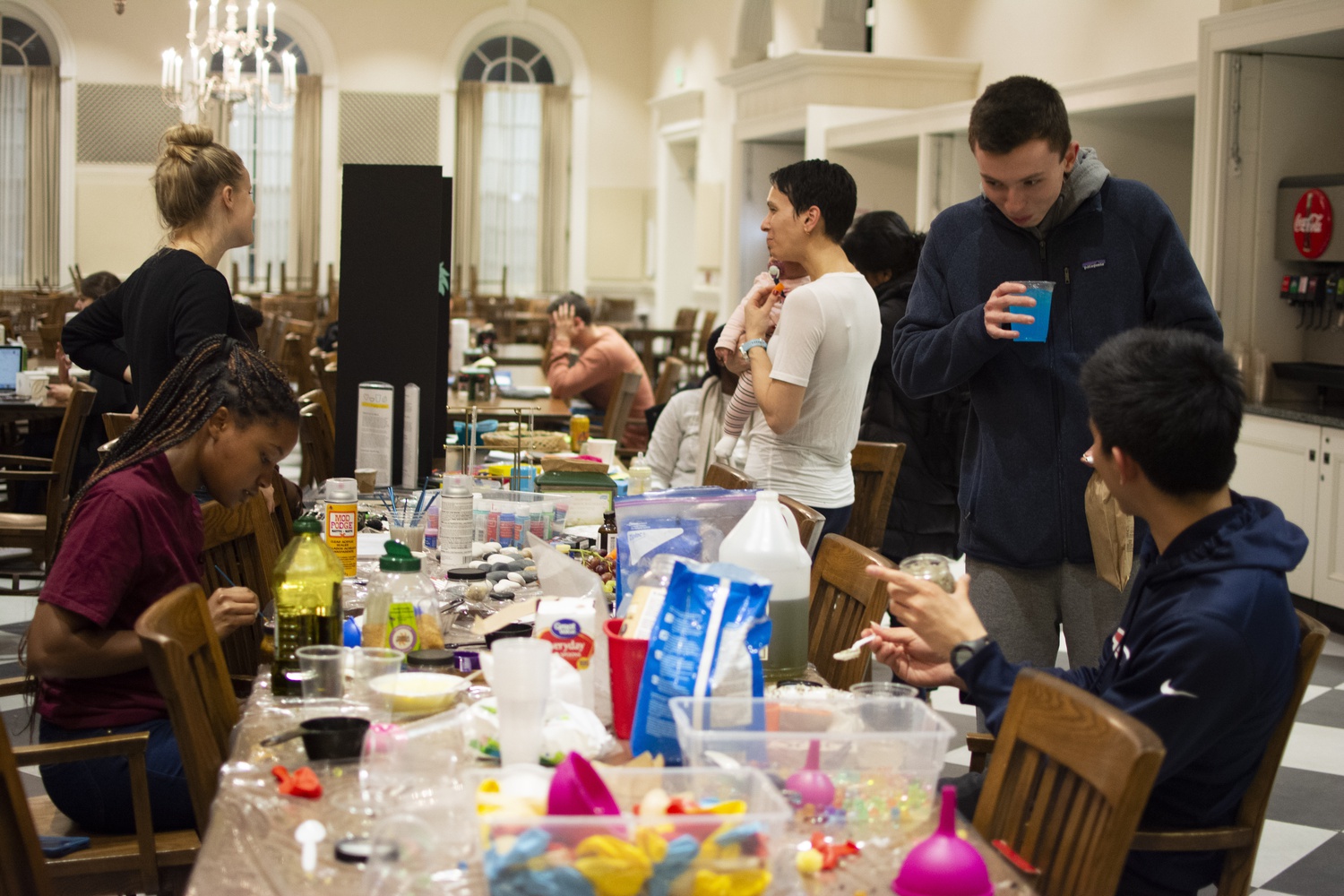 The Office of Sexual Assault Prevention and Response is hosting events centered on self-care in the undergraduate houses as part of its efforts to increase engagement with students.

As part of the initiative — which began on April 10 and will continue through May 2 — OSAPR has held nighttime events in upperclassman house dining halls and other campus locations including Annenberg involving activities to promote self-care. OSAPR has already held events in houses including Mather, Winthrop, Kirkland, Lowell, Dunster, and Cabot. Their most recent event took place in Leverett House Thursday, according OSAPR Director Pierre R. Berastaín Ojeda ’10.

The events revolve around a variety of calming do-it-yourself stations, including stress balls, drawing, aromatherapy jewelry, body scrubs, “affirmation cards,” gratitude letters, and a discussion board where students can write their thoughts on the importance of self-care.

OSAPR partnered with Consent Advocacy and Relationship Education tutors in each of the undergraduate houses and received funding from the College Title IX Office to help carry out the events.

Berastaín estimated that more than 300 students have attended the events as of Thursday night. He said he hopes to carry out self-care events more frequently throughout the upcoming academic years.

OSAPR Educational Specialist Nina Harris said the office seeks to give people resources so that they can determine what self-care looks like for them.

“I think to give people the resources and opportunity to care for oneself beyond the ‘I’ll make an appointment at CAMHS,’” Harris said. “And yes, while that is an important dimension - what do you do in between? What do you do on the day to day?”

“We can create a shift in this culture where we feel constantly overwhelmed and there’s no time to do these things,” Harris added. “And just taking a little bit of time to do something simple like, you know, watering your budding butterfly plant can be very therapeutic and healing in a lot of ways.”

Berastaín said the self-care initiative partially stems from OSAPR’s philosophy of “community engagement” in which the office seeks to not only be a resource, but to integrate itself in the Harvard community. OSAPR tries to fulfill this mission by creating events for students and participating in student-run activities, according to Berastaín.

Charlotte K. Zelle, a Divinity School student and OSAPR intern who helped plan the event, said it was important that the office actively engage with students.

“I think that this [event] is an example of how OSAPR has started to be more proactive instead of responsive,” Zelle said.

“I think it's important because on campus sometimes you can get caught up in like, work and classes and a lot of other things,” Storey said. “So having this event kind of like reminds you like to stay grounded, to care for yourself and do things that make you happy.”