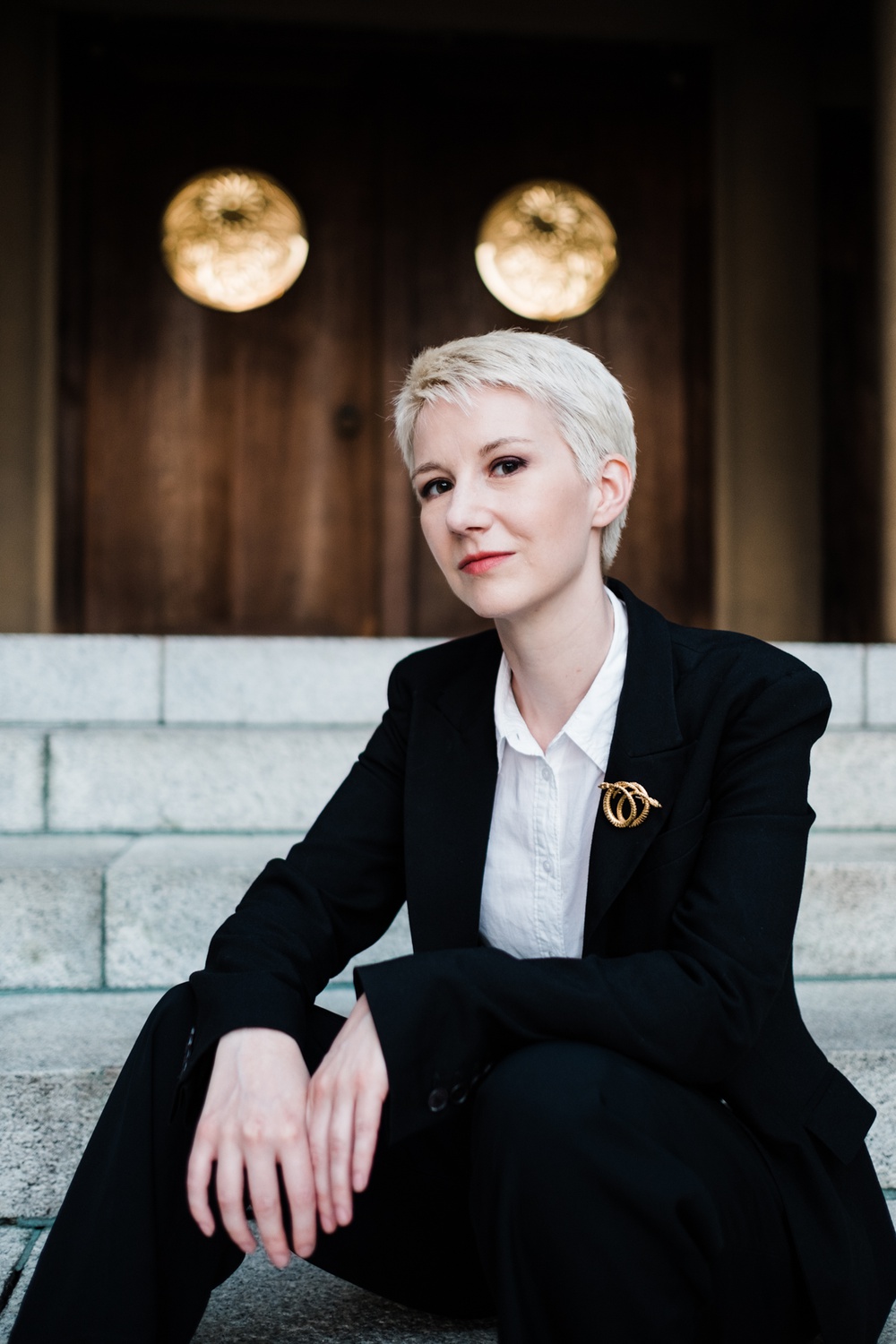 By Courtesy of Jaime Forson
By Kelsey Chen, Contributing Writer

In Renee Nault’s graphic rendition of “The Handmaid’s Tale” by Margaret Atwood, graceful watercolor forms glide across soft panels. A Canadian artist, illustrator, and graphic novelist, Nault describes herself as a “visual sponge, indelibly influenced by the pictorial landscapes that surround her.” The resulting artistic synthesis of her daily visual encounters, from the patterns and style of Japanese Ukiyo-e prints to the latest movie she watched, is an eerie, vivid, and weightless style. Her work has appeared internationally in various publications and her latest completed project is a graphic novel adaptation of Margaret Atwood’s “The Handmaid’s Tale.”

The Harvard Crimson: How has your career unfolded and how did you first develop an interest in graphic art and design?

Renee Nault: I went to school for illustration at Sheridan College and that was a 3-year program and a foundation year as well, and after I graduated, I started doing mostly editorial and fashion illustration — a lot of magazines and newspapers. And at some point I decided I wanted to try a comic so I started making my own comic, and started making a comic called “Witchling,” which is a watercolor horror fantasy that I have going on, and through that and some other projects, the publishing company in Canada — Margaret’s publishing company — got a hold of me to do [“The Handmaid’s Tale” graphic novel].

THC: What tools do you find yourself using the most and do you tend to prefer digital or traditional mediums?

RN: I always work traditionally — I just really like the feeling of it. Even though digital is a lot faster, working traditionally you make a lot of little mistakes that give the work its personality. So, in terms of tools, I usually just use regular watercolors and ink — I don’t deviate too much from that.

There are little logistical things with working traditionally — like you can’t go back and change something later. It’s not a practical way to work but I really think it gives the work more possibility. And it’s just more fun to make it.

THC: How do you feel that the medium, such as traditional watercolor and ink on paper, has shaped your style, especially in regards to the creation of a comic book, which usually relies upon digital mediums?

RN: You have to embrace a really organic style. You’re never going to get the perfectly straight digital lines or the perfect gradient of shading. So you have to kind of forget about all of that and focus on something that looks handmade and really lean into that. Because if you try to fight against that handmade (oh, that’s a pun!) style, it just doesn’t work. For my style, I don’t care if the panel borders are kind of wobbly or my gradient gets some blobs or some little water stains in it. I like that look.

THC: What do you consider when thinking about how to translate a written literary work into a visual representation? How do you choose how to construct your graphic novel panels?

RN: When I read a book, I have really strong visual pictures in my head, which a lot of people do. So I had an idea, even before I started [working on] the book, of what I thought everything should look like in terms of the feeling of it, the color palette, and the costumes. From that, I kind of just kept refining the designs and of course, running everything by Margaret Atwood. It was hard to make choices because there was so much in the book that I had to leave out of the graphic novel just because of space. So what I hoped was that it would pare the novel down to its most important themes and capture the essence that way, rather than literally translate each page of the novel.

THC: Do you think that there is something that the graphic novel provides that the original work, as a piece of literature, might not be able to?

RN: One interesting thing about graphic novels is they can easily shift between the literal and the abstract. So the character has lots of inner monologues where she goes off on these little splices, and in the graphic novel, you can show that visually at the exact same time as you’re showing what’s actually happening. It’s the kind of things you definitely can’t do in other mediums because it would be just too confusing. And contradicting what the narrative is saying and what you’re seeing is something that graphic novels do really well.

THC: What was the collaboration process like with Margaret Atwood and how did you make sure that the graphic novel would stay true to her vision as well as your artistic vision?

RN: She’s really, really busy so she didn’t have that much time to look over my shoulder at everything I was doing, so she had a lot of trust in my ideas. Basically the publisher sent me the novel and said, “Hey, make a script out of this and then make it into a graphic novel.” So I took the novel, basically started highlighting all the things I thought were the most important, paring it down to as little as I could do and made sort of a movie-style script based off that. That went to the publisher, and Margaret and everyone looked through it and approved it. From there on, Margaret really only had to approve the most important things, like the designs of the characters and costumes or the direction we were going to go with the epilogue, so she was pretty hands-off all together.

THC: Have you found there to be a large difference between creating original art and an adaptation for an existing piece of literature?

RN: Absolutely, yeah. The thing with “Witchling” and other comics like that is that it can be anything I want. I’m not answering to anybody. If I decide I don’t want to draw this building, I don’t have to draw it. I can work around it. But of course working on someone else’s story, it’s very much set in stone. You’re definitely on a path if you’re working on somebody else’s work, whereas if you’re doing your own thing, you can go off in any direction your imagination takes you.

THC: Are you currently working on anything else?

RN: I am working on an anthology of short comics, trying out different styles. I also think I’m going to do a gallery show somewhere in the near future. And hopefully I’ll actually get to finish “Witchling,” because “Witchling” had a lot of fans that were really left hanging when I started “The Handmaid’s Tale.”