The Harvard Crimson to Resist Subpoena Issued By Winthrop Tutors 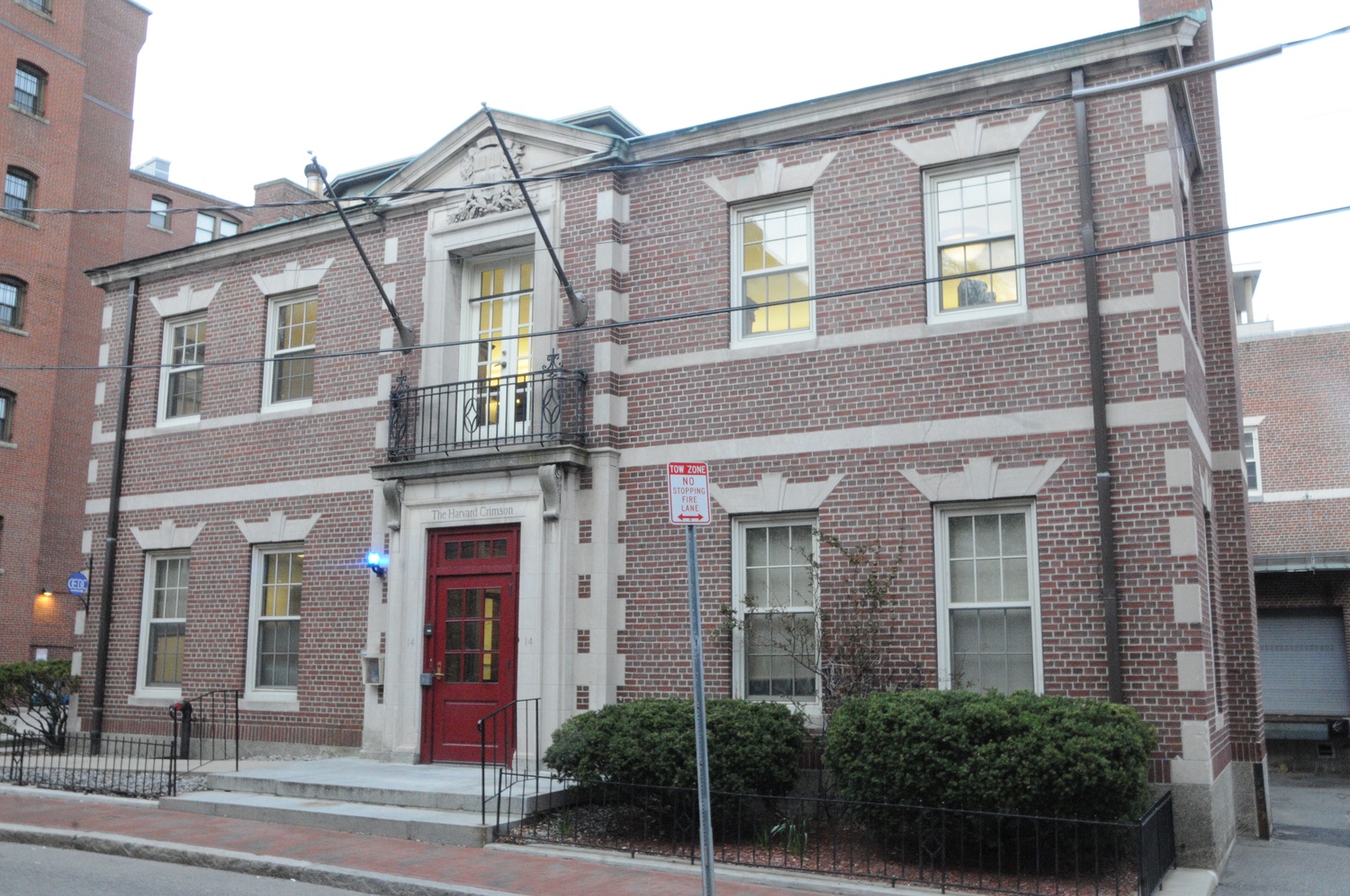 The Harvard Crimson objected to a subpoena issued by two Winthrop House tutors commanding a Crimson reporter testify in a deposition and give up reporting materials.

Winthrop House tutors Carl L. Miller and Valencia Miller issued the subpoena to Crimson news and multimedia editor Shera S. Avi-Yonah ’21 on April 10 via their attorney George J. Leontire. The subpoena requests testimony and documents related to the Millers’ defamation lawsuit against Eliot House Faculty Dean Gail A. O’Keefe. The Crimson refers to members of its staff as “editors.”

The Millers’ lawsuit, filed April 11, includes two counts of defamation — one for statements made in a private text, the other for an email sent over the Eliot House listserv. Avi-Yonah reported on the email and the lawsuit, which referenced the text.

Robert A. Bertsche, an attorney for The Crimson, sent Leontire a written objection to the subpoena on April 19, indicating that Avi-Yonah will not appear at the scheduled deposition or provide the materials requested except by a court order.

Leontire wrote in an emailed statement on behalf of the Millers Sunday that he plans to bring a motion to compel Avi-Yonah’s testimony over the objection.

“The court will decide if the deposition will go forward as a it [sic] does on a routine bases [sic] in many civil cases,” he wrote.

The subpoena requires Avi-Yonah to testify and provide documents at a May 14 deposition at Leontire’s Boston office.

Crimson President Kristine E. Guillaume ’20 wrote in an emailed statement on behalf of Avi-Yonah that The Crimson will resist the subpoena because Avi-Yonah is “not a party to the dispute between the Millers and O’Keefe.”

“Under the First Amendment, the media have traditionally — and properly — opposed efforts to turn reporters into agents of discovery for one side or the other in a civil suit,” Guillaume wrote. “We see no basis for deviating from that practice here.”

The subpoena issued to Avi-Yonah is one of five the Millers have served as part of their lawsuit, according to Leontire. He added that he anticipates issuing “numerous other subpoenas.”

“If I believe other individuals at the Crimson have relevant or probative information relative to Dean Gale O’keefe’s [sic] defamation of the Millers I will seek to subpoena such individuals,” he wrote.

Sullivan announced in January that he would represent Hollywood producer Harvey Weinstein, who faces multiple accusations of sexual assault. Sullivan’s decision has sparked backlash from students who say his representation of Weinstein is incompatible with his duties as a faculty dean.

Mudannayake, who is also a Crimson design editor, has made international headlines for her activism related to the controversy. She has organized several campaigns calling for Sullivan to step down from his faculty dean position.

The Millers’ suit alleges that O’Keefe “disparaged and defamed” their reputation in the wake of Sullivan’s decision. They are seeking monetary damages and “such other relief as the Court deems just and equitable,” according to the lawsuit.

The first count of defamation stems from a text O’Keefe wrote to Winthrop Resident Dean Linda D.M. Chavers in March stating that the Millers were “asked to leave” Eliot House in 2012.

The Millers wrote that O’Keefe “maliciously targeted” them because of her “perception that [the Millers] supported Dean Sullivan’s representation of Mr. Weinstein.”

The second count concerns an email O’Keefe sent to all Eliot affiliates on April 9 defending Mudannayake’s account of a confrontation that had taken place between her and the Millers. On April 3, Mudannayake and the Millers filed conflicting reports with the Harvard University Police Department about an incident that took place in Winthrop’s dining hall. Mudannayake said that she questioned Carl Miller after he appeared to film and take photos of her. Carl Miller stated that Mudannayake harassed and provoked him as he ate with his family.

O’Keefe’s email upheld Mudannayake’s account of the events, and stated that the tutors acted “totally unprofessionally and dishonestly.”

Other reporters also worked on the stories about Leontire’s clients with Avi-Yonah, but were not subpoenaed.

Leontire alleged in his statement Sunday that The Crimson had denied the Millers their “right to due process” through its “campaign of disinformation and bias.”

He pointed out Mudannayake’s position as a Crimson design editor, and stated that The Crimson’s “consistent biased reporting and editorializing” and “incestuous relationships” have “delegitimized” its reporting.

“The Crimson, as is the case with many institutions and individuals today, is loyal only to its political and social group above all else including the truth,” he wrote. “Fortunately, the court and a jury will be the final arbiter of this matter of tribal allegiances.”

Guillaume wrote in a statement that The Crimson’s reporting has been accurate and free of bias.

“The Crimson strives to fulfill our obligation to our readers by reporting with accuracy, integrity, and objectivity,” she wrote. “Our reporters and editors have done their due diligence in reporting and providing balanced coverage on this subject and all others.”

The Crimson was last subpoenaed in 2015, when law enforcement investigators — looking into an email sent to a Crimson reporter referencing an unfounded bomb threat in Harvard Yard — requested a portion of traffic logs to The Crimson’s website. In that instance, the newspaper complied with the subpoena, though the request did not relate to any information concerning sources or reporting.