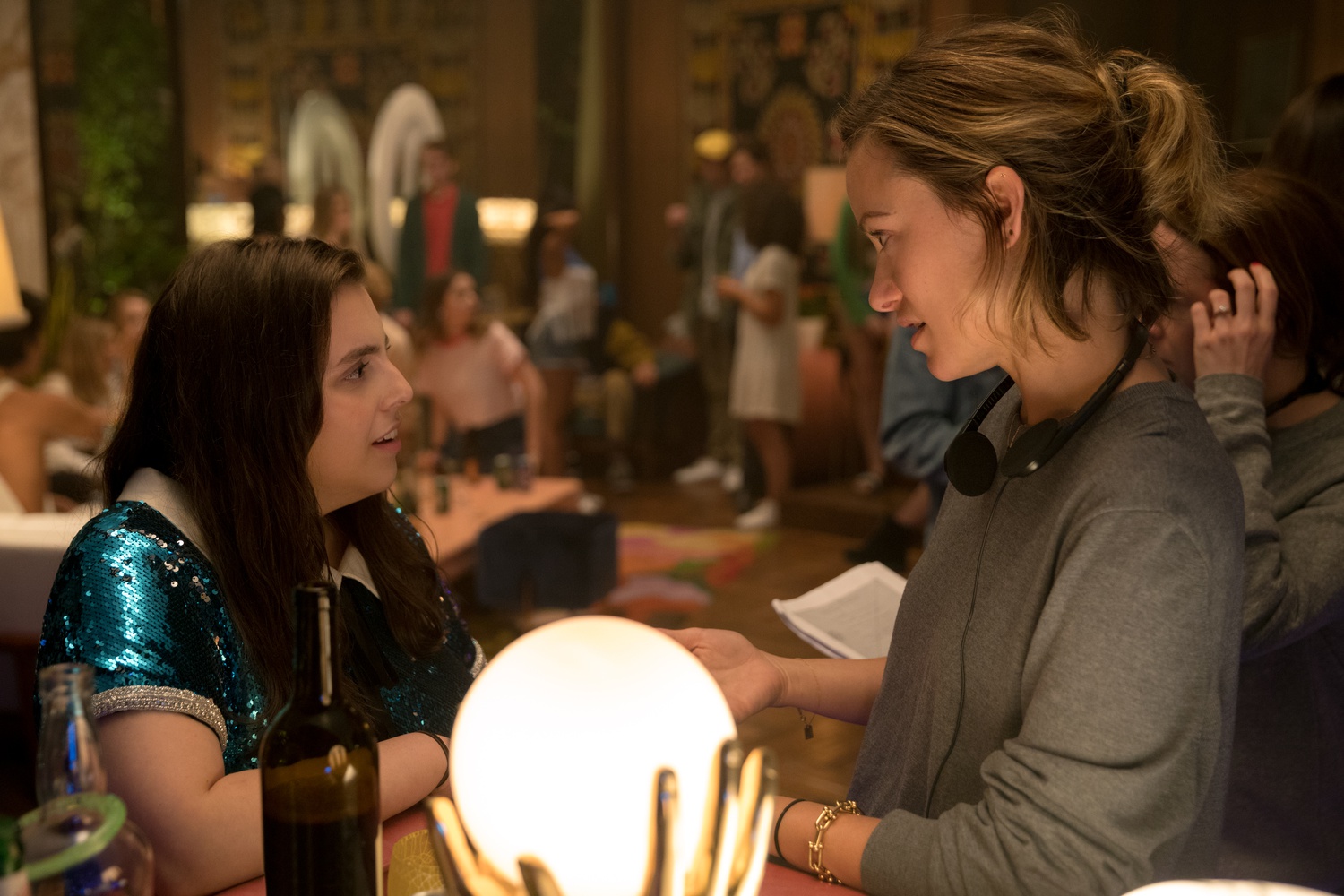 Olivia Wilde had never directed before “Booksmart.” Yet she was able to shoot the film in just 26 days. “Preparation is everything," she said. “You should know [your film] so well that you can allow for things to evolve and change.”

In “Booksmart,” two overachieving high school seniors Amy (Kaitlyn Dever) and Molly (Beanie Feldstein) question their decision to focus solely on grades, since their peers who were admitted into the same elite colleges managed to do so without trying as hard. On the eve of their graduation, the girls try to cram four years of partying and rule-breaking into one night. Wilde, Feldstein, Dever, and screenwriter Katherine Silberman sat down in the Ritz Carlton Hotel in Boston for a roundtable interview with The Harvard Crimson about their film, which comes out May 24.

Despite the quick production turnaround, Wilde and her team were confident that they’d be able to make it work.

“[Filmmaking] is like a chemical equation,” Silberman said. “You have to know the rules before you break the rules — because [Wilde] so clearly knew what everything was going to be, it created freedom to try new things.”

Evolution was a theme that resonated both on and off screen: The crew remained flexible and open to change behind the camera, and the film itself challenges audiences to let their views on others evolve beyond their limited perceptions.

“We're all guilty of judging people,” Wilde said. “As an adolescent, I certainly decided ‘that person must be mean’ or ‘that person has it out for me’ just to organize society in a way that made sense. Everyone is complicated, everyone is dealing with pain, and it's probably not about you.”

“And that’s real wisdom,” Silberman added. “As opposed to being booksmart, this is knowledge you can only get from experience.”

With “Booksmart,” Wilde explores the nearly universal bumbling awkwardness that defines much of the high school experience and crafts a narrative that can resonate with young people today.

“One of my favorite scenes of the film is the scene where Amy is having her first sexual experience,” Feldstein said. “She’s trying to get [her partner’s] Converses off — everyone wears Converses, they’re hard to get off, and all those little moments capture that nervousness and excitement and awkwardness.” Dever noted how the film “beautifully represents the generation that we’re living in.”

And this goal of accurately representing the teenagers of today propelled “Booksmart” into existence; Wilde hoped to create a “generational anthem” with this feature.

“I knew I wanted to do a movie. I was really inspired by movies like ‘The Breakfast Club,’ ‘Dazed and Confused,’ and ‘Clueless’... It had always been a dream for me. I was always wondering, ‘Where’s my Breakfast Club?’ I then read an original draft of ‘Booksmart’ and thought, ‘Oh, it's in here. It's inside this story, but it needs to be updated to fit this generation, to honor this generation and how evolved it is,’” she said.

In making these updates, Silberman considered questions like, “What is the movie that I want to see?” and “What is the movie that I haven’t seen yet?” She said, “The movies that we think about that made us want to make movies — you want to make that. Trying to make something that would be your favorite movie when you were in high school is the bar to set because that’s when it becomes authentic, real, and meaningful.”

Feldstein felt the weight and responsibility of headlining this nuanced story and starring in such a complex role.

“My character didn’t come very easily to me,” she said. I felt very intimidated by her. I had been used to playing supporting characters who come in and are ‘the joke.’ I was intimidated to be on this two person journey where [Kaitlyn and I] are the story.”

“It was really nice to have Beanie’s hand to hold throughout the whole process,” Dever said. “We had never led a film before, so it was amazing having a best friend to go through this scary thing with.”

“I definitely want to direct again soon, it was the best experience of life,” Wilde said. I’m really excited to jump on another project with [Silberman]. We’re creating something else right now which is another female two-hander, which we’re very excited about.”

“The bar has been set so high working with these three,” Silberman said. “It’s both exciting and kind of devastating to realize how high.”