Paul for the People

After 15 years at the helm of Harvard University Health Services, Paul Barreira reflects on his legacy. 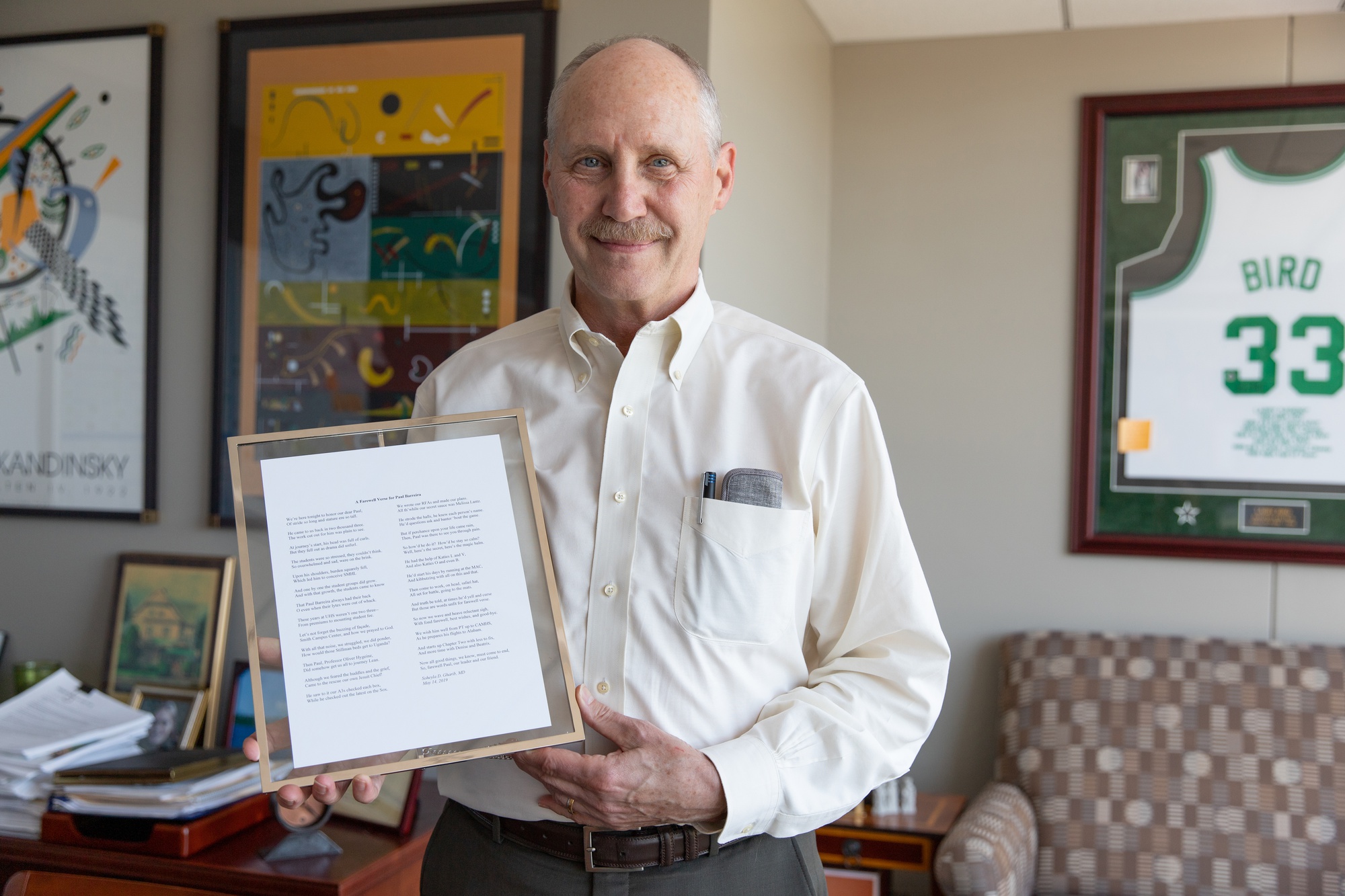 In January, HUHS Director Paul J. Barreira announced his plans to retire at the end of the academic year. Barreira poses with a farewell poem. By Awnit Singh Marta

Paul for the People

After 15 years at the helm of Harvard University Health Services, Paul Barreira reflects on his legacy.
By Brie K. Buchanan and Michelle G. Kurilla

On the day of her interview for a position at Harvard University Health Services, Amanda J. Ayers’s nerves disappeared when her interviewer, HUHS Director Paul J. Barreira, pulled out a jar of dirt.

The two had just realized that they shared a passion for the Red Sox and were reminiscing on the team’s win that year in 2013. Barreira revealed that he kept a jar of dirt from the pitcher’s mound at Fenway on his desk. Ayers, who had been nervous about meeting Barreira because of his high-ranking position, said his down-to-earth personality immediately put her at ease.

“He was so human,” said Ayers, who received a job as a health educator. “He really has been kind of a source of calm for me here. Like I can see him in the hallway, and we can crack a couple of jokes.”

Several colleagues say Barreira is personable, easily connects with others, and uses those experiences to inform his decisions as HUHS director. During his seven years in the position, he has expanded Counseling and Mental Health Services and created new channels for student feedback.

Barreira’s tenure is set to end this year. University Provost Alan M. Garber ’76 and Executive Vice President Katie Lapp announced that he would step down in a Jan. 11 email to Harvard affiliates.

Before Barreira assumed the role of HUHS director in 2012, he taught as an associate professor of psychiatry at Harvard Medical School and served as director of Behavioral Health and Academic Counseling, overseeing a host of organizations including Alcohol and Other Drug Services and the Office of Sexual Assault Prevention and Response.

“I characterize my profession as being a good surfer,” Barreira said.

Before Barreira arrived at Harvard, he pinballed between a diverse set of jobs, trying everything from farming to coaching a high school swim team. At one point, he studied to become a Jesuit priest, though he was never ordained.

“Everything I did was motivated by ‘This looks like an interesting job. It looks like I’d learn something. I think I could make a contribution, and it'll be fun,’” Barreira said.

“He was even innovative then,” Chief of CAMHS Barbara Lewis said. “He changed the whole way he taught labs. He had to teach science when he said he knew nothing about teaching, but he made it more of a hands-on lab, and it went over so well that I think they kept his model.”

In 1971, Barreira enrolled at Georgetown Medical School and later specialized in psychiatry during his residency. After medical school, he led departments, did research, and served as a licensed clinician — but he said his most difficult job was an administrative one.

In the 1980s, the Department of Justice sued the state of Massachusetts for violating civil rights law. The Justice Department investigated Worcester State Hospital, which is designed for patients who required months-long hospital stays under constant supervision.

“To get into a state hospital, yet, it's probably unfathomable to you how sick you'd have to be, but you have to be really very, ill and need constant supervision and not able to function in very basic ways and probably need a pretty long stay like, months or years,” Barreira said.

Investigators found that patients were being mistreated and many had been unnecessarily admitted. The governor at the time appointed Barreira to serve on a committee responsible for restructuring the hospital.

“Here are the most vulnerable citizens of the Commonwealth, getting unbelievably horrible care, nothing that looked anything like a real hospital,” Barreira said. “It's just horrible, and there was no real interest in changing it.”

Barreira said that as an “outsider,” he realized the only way to change the hospital was through a fundamental structural change. He helped eliminate direct admissions to state hospitals. Now, the only way psychiatric patients can be placed at a state hospital is to be first admitted to a general hospital or private hospital.

“We convinced the legislature that there should be no direct psychiatric admissions to a state hospital,” Barreira said. “So by removing those directed admissions, we saved a lot of people’s lives.” 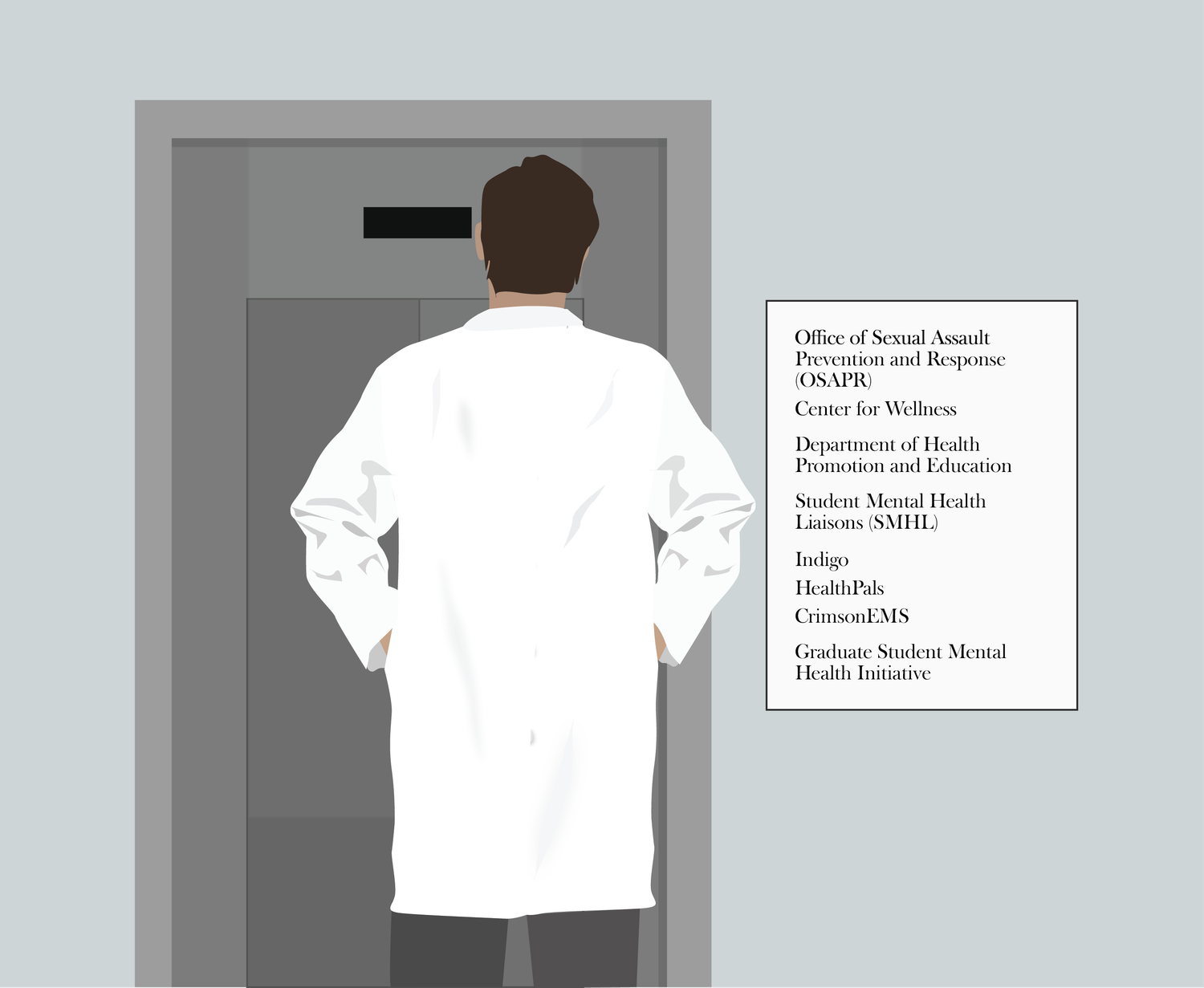 In creating the role, Hyman wanted someone with experience in mental health services. He said Barreira met the requirements for the position - knowledge of medicine and the ability to oversee the infrastructure, costs, and insurance.

“Paul stood out, I mean, he had substantial administrative experience working for the state,” Hyman said. “He had already been involved with UHS, and had taken a mental health service that was really struggling and had brought it into the modern era.”

Lewis said the split helped ensure both faculty and students received the resources they needed.

Immediately after Barreira created CAMHS, he looked to further expand its space. To grow the department, he found ways to stretch his budget despite increasing health care costs, according to former Dean of Freshmen Thomas A. Dingman ’67.

“He's also been in a really tough spot, because nobody wants to see the tuition, room and board go up and up and up,” Dingman said. “He's had to keep looking for ways to budget in a way that doesn't have the bottom line creeping north — or zooming north.”

Dingman said Barreira found ways to reallocate funds within HUHS by looking to other campuses, listening to students, and cutting superfluous services.

“He's been able to expand mental health hours,” Dingman said. “That's been a real concern — that there's a spike in and throughout higher ed and people experiencing anxiety and depression, and he's thrown a lot of resources at that.”

CAMHS has been able to expand its facilities and hire more staff as a result of the cuts, according to Lewis. The 2015 closing of Stillman Infirmary allowed the service to expand and renovate its old waiting room — which Barreira had previously likened to a bus stop.

Beyond restructuring mental health services, Barreira has worked to bring together HUHS administrators across teams.

Individual teams had previously focused on their own activities and met individually with their boss, but the entire team wouldn’t necessarily come together, according to Senior Director of Nursing and Health Promotion Maria Francesconi.

In response, Barreira installed a table in his office. Every week, staff across the HUHS departments sit at the table, surrounded by sports memorabilia - including a jersey of Larry Bird — and talk strategy.

Barreira has also worked to mentor members of his current leadership team, including Lewis. When she made the transition from psychiatrist to chief of CAMHS, Lewis said she could sometimes get stuck in the “weeds” of smaller details and that Barreira often helped her see the bigger picture. 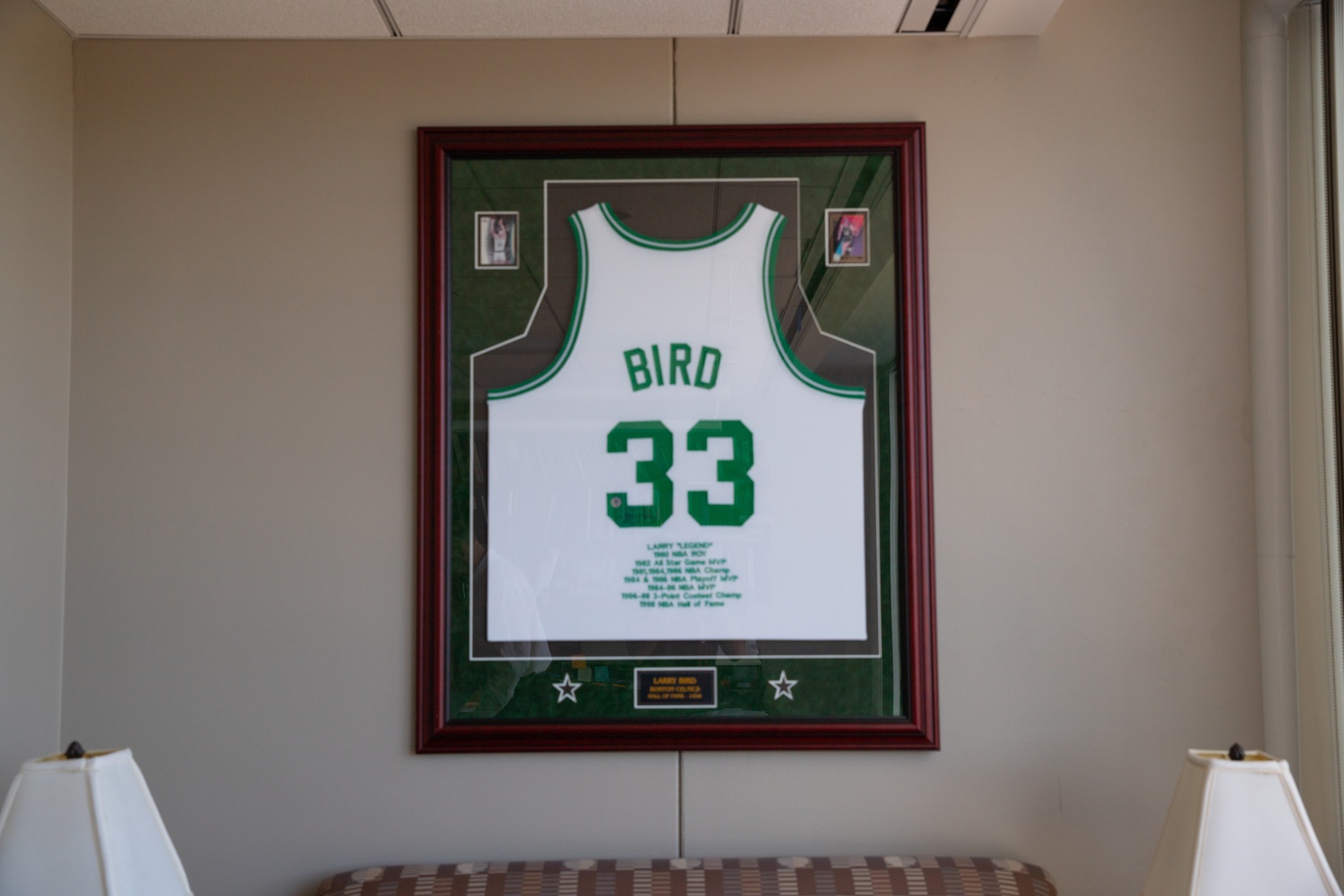 Maile V. Sapp ’17, who served as an SMHL for more than a year, said Barreira worked closely with the group.

“He actually attended all of our SMHL meetings, which I think is a very special trait to have, especially when you're in such a highly esteemed position,” Sapp said. “Many kind of lose touch with students, but he was always there for us, always advocating on behalf on the students.”

Two recent initiatives include the distribution of mental health surveys to graduate students and the creation of several focus groups.

In 2018, Barreira worked with graduate students in the Economics department to create a department-specific mental health survey. Since then, he has worked with students from several other departments, as well as Harvard Law School, to create similar surveys.

“It's become something that many departments have wanted, and the University as a whole, because we are so concerned and interested in the health and wellbeing of our community,” Francesconi said.

Lewis noted the originality of Barreira’s initiative and focus on graduate mental health.

“There's no one across the country who's actually looked at mental health of the graduate students,” Lewis said. “I think he's really been at the forefront of that.”

Barreira plans to continue his work with graduate student surveys even after he steps down as HUHS director.

“When we start back up next fall, there'll be some follow up, probably a survey, because focus groups are never a representative sample of everybody in the College,” Barreira said.

As Barreira prepares to leave, students involved with SMHL and his leadership team have said they will miss him. At his retirement party, HUHS Chief Medical Officer Soheyla Gharib presented him with a poem about his time at HUHS, and several SMHLs gave him a “yearbook-like” photo book with notes from previous members.

—Brie K. Buchanan can be reached at brie.buchanan@thecrimson.com.