From Boston Calling 2019: Twenty One Pilots Earns Its Place 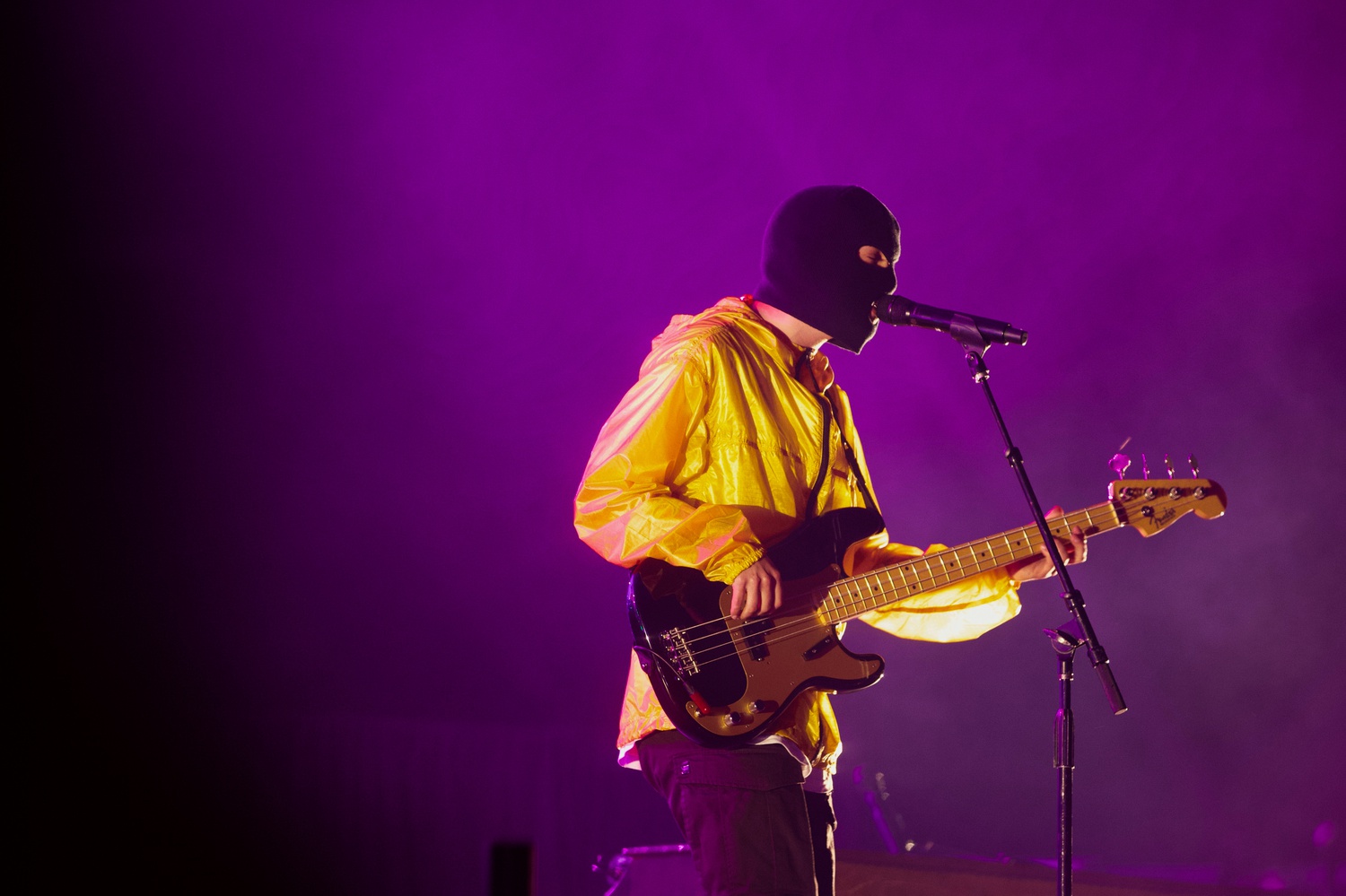 Absent of all fanfare and theatrics, Tyler Joseph and Josh Dun are two fairly unassuming young men. This fact is not lost on the duo from Columbus, Ohio. “Listen. I know, some of you may be thinking, why are they headlining,” said Joseph, introducing himself to the audience. “We don’t necessarily deserve to headline your amazing festival in your amazing city. But, if you give us the time, we would like to earn it tonight.” And yet, despite these humble words, fans gathered hours in advance to get the best possible seats for the duo’s headlining set. Identifiable by their yellow and camouflage apparel — inspired by the group’s most recent album “Trench” — diehard fans camped out at the festival’s Green Stage from the moment gates opened at 2:30 p.m. until the stage lights finally dimmed, signaling the start of Twenty One Pilots’ 9:50 p.m. set. Dun entered carrying a flaming torch, illuminating his white mask and dystopian, yellow-taped hoodie. For the next hour and 40 minutes, Dun and Joseph proved themselves to be more than deserving of their headlining slot — marrying concept, deft musicianship, and high-energy antics in a powerhouse performance.

The translation of a concept album to the stage is no easy feat, especially when the time allotted extends far beyond that which is required to explore a single album. Instead of adhering strictly to a specific theme or order, Twenty One Pilots’ setlist weaved back and forth between their five studio albums to date, shifting the tone as called for by the individual songs rather than their particular era. For the opening number “Jumpsuit,” a lead single off of “Trench,” the two wore masks, playing bass (Joseph) and drums (Dun) while an onstage car lit up in flames behind them. For the bridge, Joseph turned to the piano and to his higher register to croon “I’ll be right there / But you have to grab my throat and lift me in the air” bathed in blood-orange light. The pair kept up their futuristic style for the rap-rock track “Levitate” before dialing their scale back again for the piano introduction to “Heathens.” Few headlining acts at Boston Calling center their show around a keyboard, let alone an upright piano, but anticipatory screams accompanied each of Joseph’s many moves toward the keys. Every line of the hit song was joined by a chorus of voices from the crowd.

For skeptics, it’s easy to see how the spectacle could be daunting. When Tyler Joseph commands his audience it’s hard not to liken it to proselytizing, not an unfound observation from a group whose Evangelical roots strongly influence their approach to music. While Twenty One Pilots often question and provoke Christian proselytization in their music (ex. “All my friends are heathens take it slow / Wait for them to ask you who you know / Please don’t make any sudden moves / You don’t know the half of the abuse”), onstage they commanded trust and camaraderie. Audience participation was not just encouraged, but mandatory. Whether given instructions from Joseph to wrap arms around one another and step to the left and right, kneel to the ground, or to climb on each other’s shoulders, the crowd rushed to obey. Joseph kept up this call-and-response routine, culminating in his climbing atop the hands of screaming fans to serenade them from within the crowd.

Setting aside the flaming car and sentient, wandering beanie featured at several points throughout the performance, Twenty One Pilots’ ultimate draw — for fans and skeptics alike — is their relatability. Their music is deeply rooted in the Ohio punk rock scene, the wail of Joseph’s voice being one of many testaments to that fact, but there’s something else about the duo that sticks. Even with just two people onstage — and often no one playing guitar — the performance still felt massive. While Joseph’s foray into rap may feel a bit disingenuous at first listen, it’s inarguable that he has a strong sense of rhythm and a knack for catchy, resonant lyrics. There’s an angst in lines like “‘Wake up you need to make money!’” from “Stressed Out” and “Sometimes quiet is violent, I find it hard to hide it / My pride is no longer inside / It’s on my sleeve, my skin will scream” from “Car Radio” that is genuine, and to sing along is catharsis.

At the end of the set, Dun and Joseph rose above the crowd one last time — smashing drums to on platforms held up by members of the audience, cueing the explosion of confetti cannons into the yellow lights accompanying the song “Trees.” Twenty One Pilots ended the night united with their fans, cut-up yellow paper raining down on them as they sang together one last time.