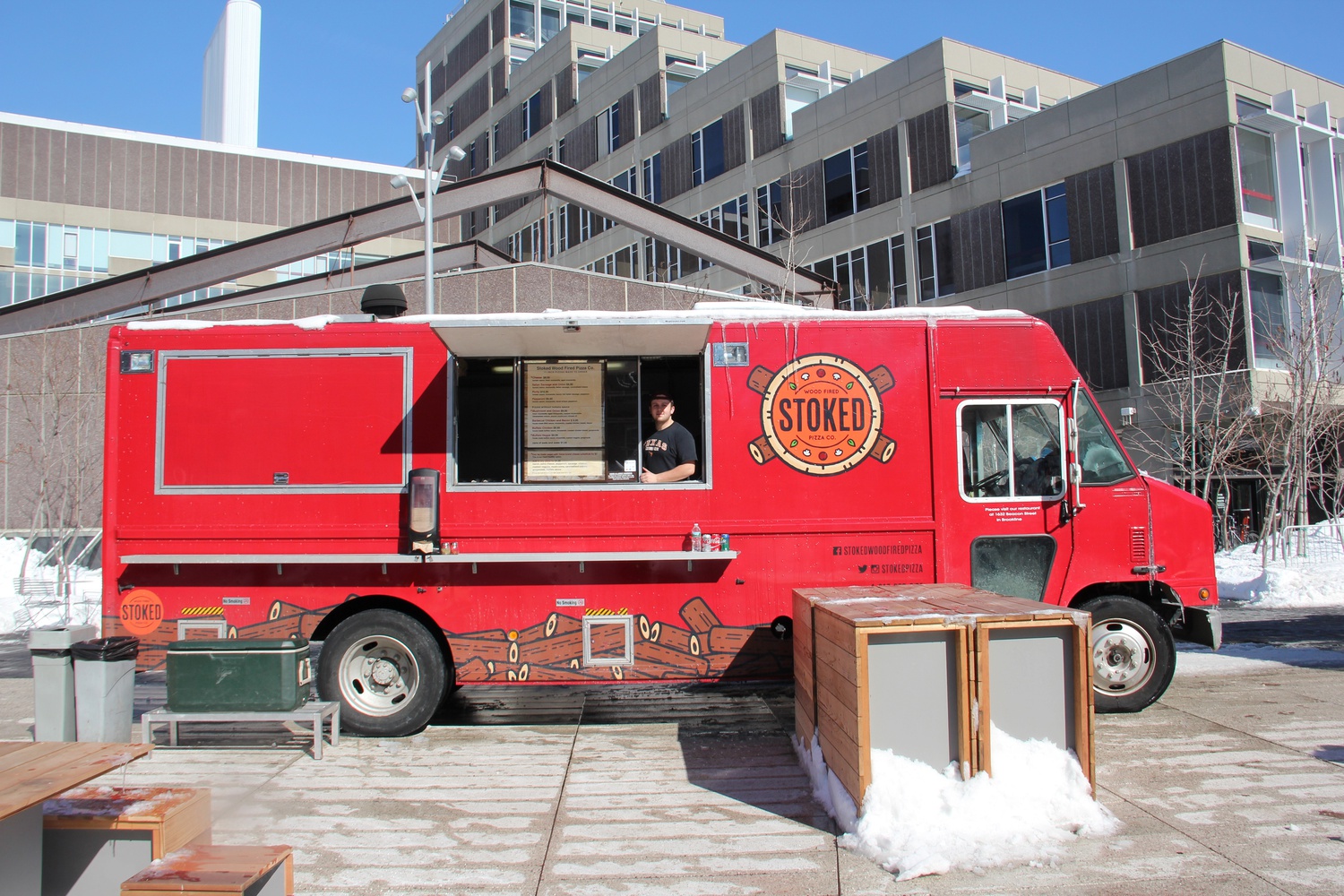 Stoked Wood Fired Pizza Company will turn up the heat in the Harvard Square food scene in early 2020.

The new Cambridge location at 1611 Massachusetts Ave. will be Stoked’s second restaurant; it originally launched as a food truck in 2014 before opening a permanent location in Brookline two years later. Stoked will take up residence in a new building on Harvard Law School’s campus, according to company co-founder Toirm M. Miller.

Miller said Thursday that Stoked’s food truck has been serving its pies in the Science Center Plaza — alongside several other food trucks — since 2016.

Miller said Harvard Square was on the top of his “priority list” when it came to scouting out a second permanent restaurant. He said he and co-founder Scott Riebling spent three years searching for a suitable location.

“We knew that we had built an audience on the other side of the river,” Miller said. “I've been looking in that area for a while. Of course, the student population was a big attraction.”

Denise A. Jillson — the executive director of the Harvard Square Business Association — said she thinks Stoked will enjoy its own niche in a “quiet” area abutting the Cambridge Common.

“We're excited to have them,” Jillson said. “You might even say we're stoked.”

Miller said he believes Stoked will make a name for itself in Harvard Square with its unique cross-over pizza dish. He said the pizzas are distinguished by their “hybrid” quality between a classic Neapolitan and New Haven style pizza.

As Stoked moves to expand across the river, Miller has decided to drop “wood fired” from the company’s name since the pizzas in Cambridge will be prepared in electric rather than wood-fired ovens.

Jillson said wood-fired ovens have previously created “issues” in Cambridge, citing a 2016 controversy over the now-closed Shepard Restaurant and Bar. Residents in the area charged that the wood smoke emitted from the restaurant — which was previously located at 1 Shepard St. — was causing health issues.

Miller said there have previously been issues in Cambridge and other places concerning smoke from wood fire ovens, though he said Stoked ultimately decided to forgo its original cooking method when it was not able to find a venue that could accommodate the necessary equipment and ventilation.

He added that today’s electric ovens can turn out pizzas of the same texture and taste as their wood fired counterparts can.

Stoked’s Cambridge location will diverge from its Brookline restaurant not only in oven style, but also in size. Miller said he hopes the new restaurant will accommodate up to 100 people — double the capacity in Brookline — and attract a new crowd of students and young professionals.

Jillson said that she thinks the restaurant will prove especially popular with tourists.

“To go in and get a delicious slice of pizza, having just taken your picture in front of Harvard Law — what could be better?” she said.