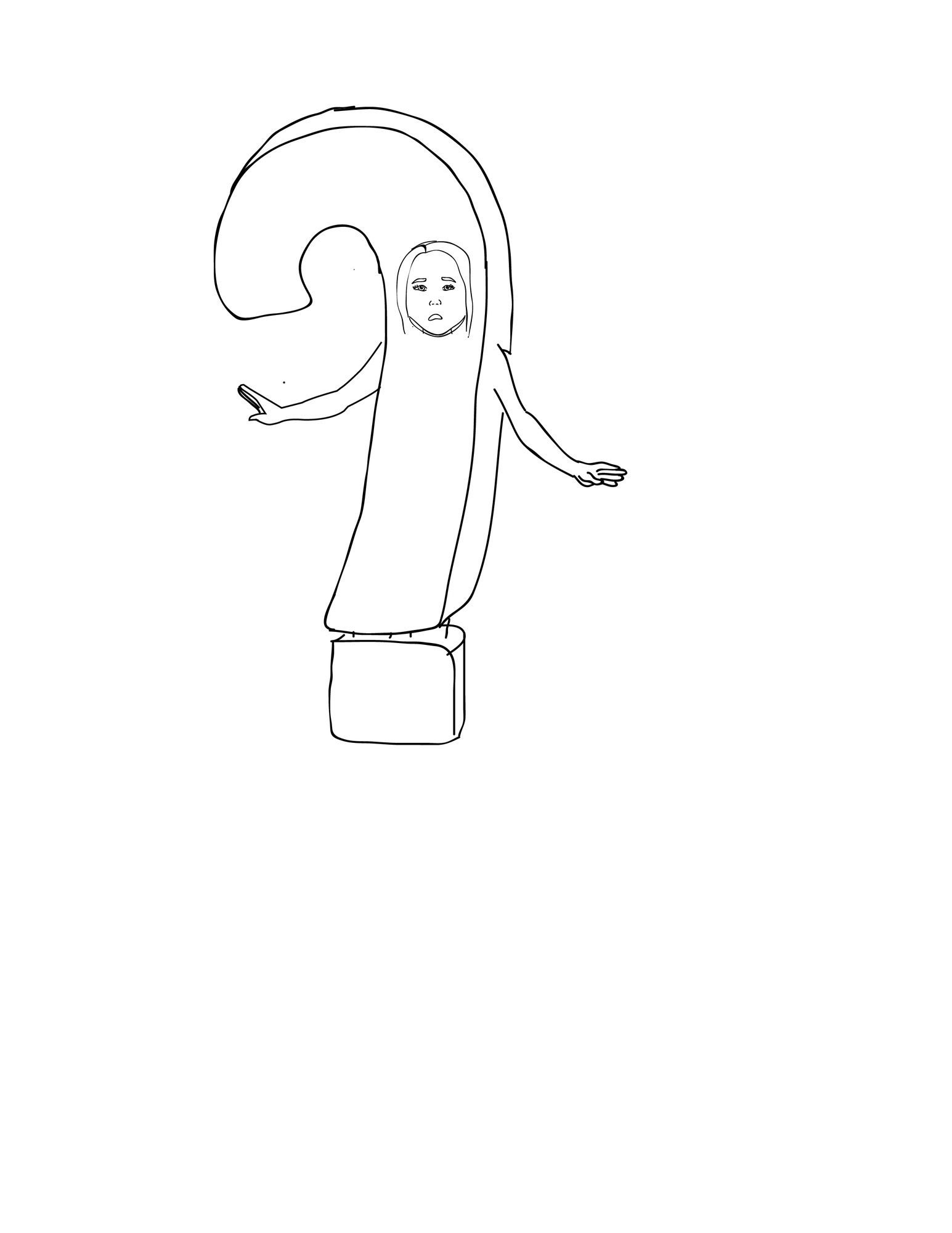 Everyone knows Scarlet is the new Crimson.
By Jarele E. Soyinka 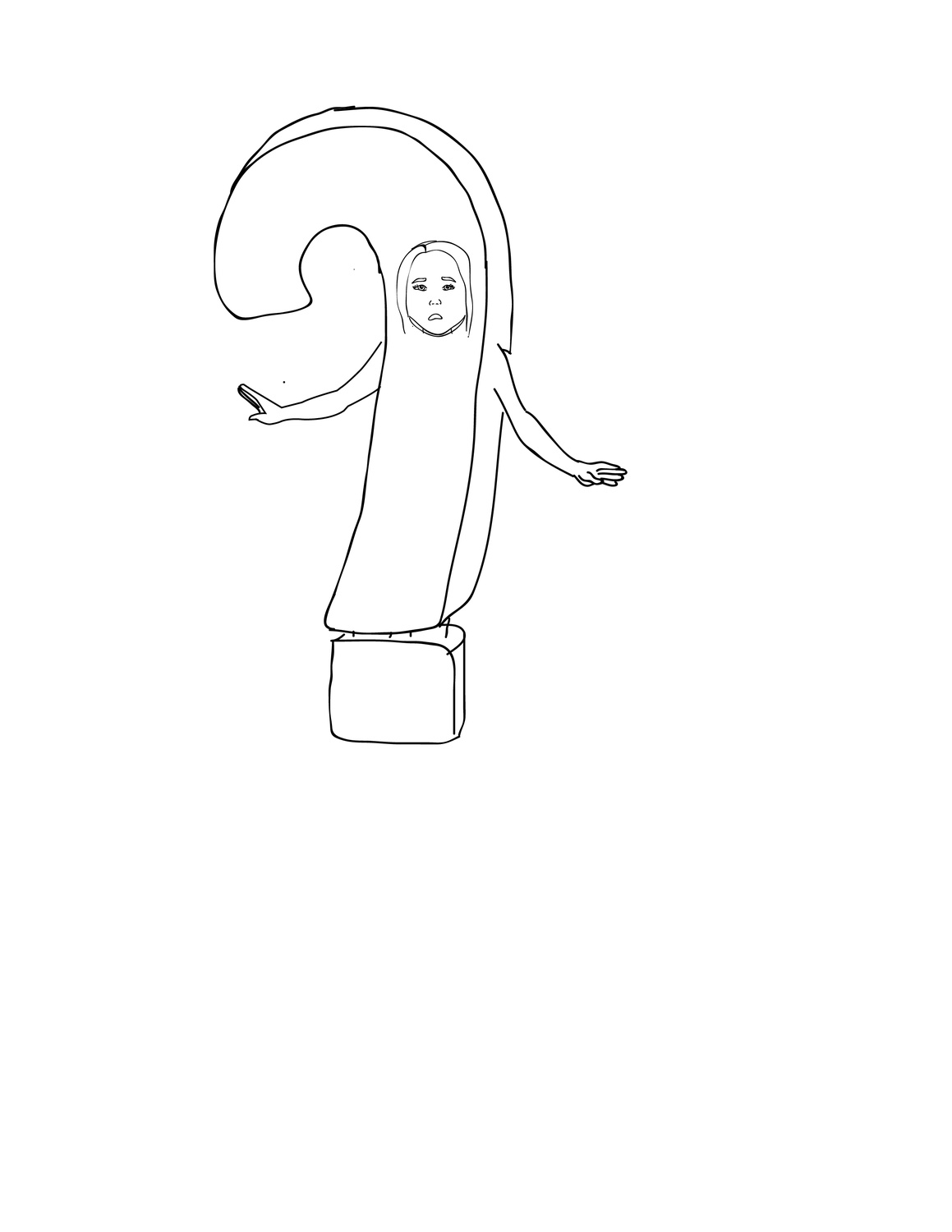 The College Events Board has announced a competition in which students can submit proposals for Harvard’s new mascot. Open submission allows for the possibility that Harvard could next be represented by the smell of a loved one or Human Kindness, or another intangible entity that would need to be special-ordered from the mascot costume store. To glimpse the future of Harvard spirit, we deployed a variety of espionage tactics — assassinations, good old-fashioned bribery, winning smiles — in an attempt to secure access to the CEB’s top mascot options. Instead, we found a list of mascots the CEB already nixed.

Bio: In the summer of 2019, we lost an unsung hero — a humble helper who was always there when we were at our lowest. When we had broken bones, he offered band-aids. When we suffered severe allergic reactions, he offered saltines. He has no mouth, but he screams out alternative solutions to our overnight healthcare concerns.

Special Skill(s): Doesn’t exist in the mortal plane but is still more helpful than HUHS during normal hours.

Catchphrase: “When something strange, is going on, who you gonna call? ‘A skilled clinician who will provide you with instantaneous education about your health, home treatment options, and available resources.’”

Reason For Rejection: Who needs healthcare when Lowell has a theater room now?

Bio: It's tough getting into Harvard, but somehow, we all slithered in. To get to the top, you’ve gotta be a cold-blooded individual who isn’t afraid to wallow in the dirt. Maybe you started off as an idealistic CS nerd who wanted to use their Python skills to end homelessness. But history shows that volunteering won’t help you catch that Canada Goose.

Special Skill(s): Making it rain — acid rain, that is, from illegal chemical runoff.

Catchphrase: “The market will regulate itself!”

Bio: In life, you win some and you lose some — including your ability to graduate because you didn’t complete your academic requirements. Lotso champions the unfortunate truth that despite your best efforts, and your professor’s guarantee that “seniors get priority,” the arbitrary stipulations imposed on your academic career are really there to force you to grovel for admission to courses.

Catchphrase: “Thank you for your application, but we’re sorry to inform you…”

Reason For Rejection: No idea, but I wish I could have known before shopping week ended.

Bio: The Mt. Auburn Menace is the tortured soul of a 300-year-old Harvard student still trying to get into one final club — any final club, really. The Menace isn’t one of the “good guys,” and the more that hateful op-eds are published about it in The Crimson, the stronger it grows. It embodies the Harvard ideal of ignoring anyone who tells you to change because, obviously, you’re right. And even if you aren’t, that’s okay — you have enough money to convince people otherwise.

Catchphrase: “Ain’t no laws when you’re drinking Claws and have hundreds of wealthy alumni to back you up!”

Bio: Everyone knows Scarlet is the new Crimson. Think about it — there’s no Crimson Johansson, there’s no Crimson Fever, and there’s no Rotten Tomatoes Certified Fresh 2010 teen comedy featuring Emma Stone, Amanda Bynes, and Stanely Tucci inspired by a classic novel The Crimson Letter. Not only is the Wikipedia page for “scarlet” longer than the one for “crimson,” it also represents salacious themes like sin and prositution. That’s especially relevant when your university perfected the prostitution model by selling body and soul to anyone who likes it hot.

Catchphrase: “We changed our mascot but it’s still just a color!”

Reason For Rejection: You can’t market a fucking color.

—Magazine writer Jarele E. Soyinka can be reached at jarele.soyinka@thecrimson.com.