A Wing of Her Own: ‘Women Take the Floor’ Opens at the MFA 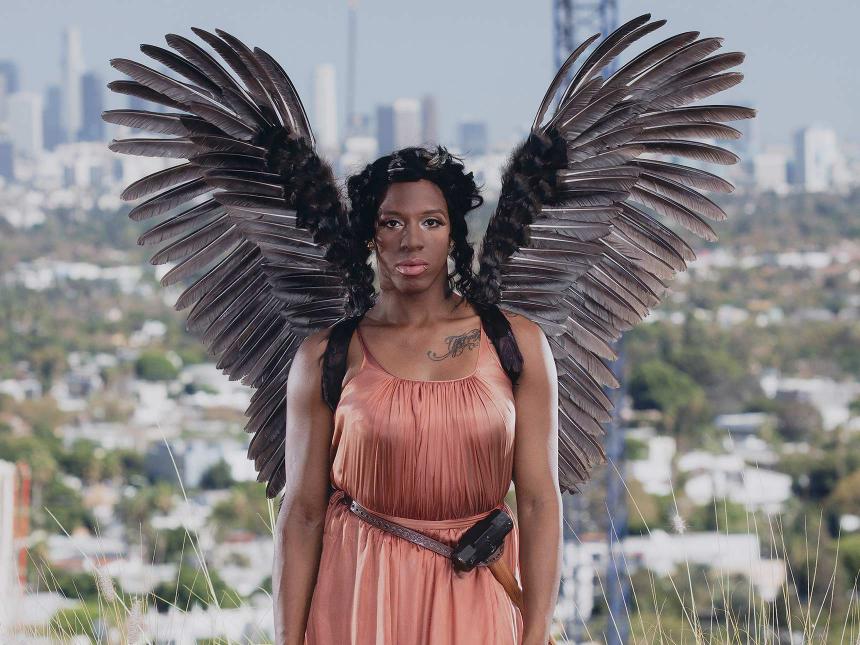 “Women Take the Floor,” a new exhibition at the Museum of Fine Arts, Boston, surveys the past century of American art created by women, featuring contemporary artists alongside icons like Frida Kahlo and Georgia O’Keeffe through the lens of modern-day feminism. The museum has reinstalled the entire third floor of its Art of the Americas Wing in an effort to challenge the dominant — masculine — narrative of art history from 1920 to today.

At first glance, an undertaking of such scope seems far too big and broad to sequester in any one wing of a museum. Over the course of 100 years and some 200 works of art, it at first appears that once again, women artists were to be cloistered off, unified only by their gender. But “Women Take the Floor” is a delightfully different mode of women-only display: It manages to celebrate each artist’s individuality while at the same time forging rewarding connections between them. While the exhibit is certainly broad in scope, it also pays passionate attention to the ties that bind together women of radically different backgrounds, from disparate moments in history. The result is a curatorial feat well worth the visit.

On view through May 2021, the time is ripe for “Women Take the Floor.” 2020 marks both the MFA’s 150th birthday and the 100th anniversary of the ratification of the 19th amendment. This singular temporal junction alone dictates that the exhibit will do both cultural and political work, placing women artists at the center of the museum’s birth year celebration of the arts, as well as tracking their development from the year of suffrage until today.

Drawn primarily from the MFA’s collection, the art featured in the takeover ranges from painting and sculpture to textiles and video. The works are organized into several galleries, each one devoted to a particular medium or theme. “No Man’s Land” catalogues six women artists’ reimaginings of landscapes, highlighting how their works communicated with male-dominated movements such as surrealism. Georgia O’Keeffe’s 1936 painting “Deer’s Skull with Pedernal” combines a skeletal object and a vast landscape with a relish of the uncanny. Just a wall away, Doris Lindo Lewis’s erotic exploration of the female body as landscape in her 1934 “Mamscape” responds to the male surrealists’ penchant for incorporating the sexualized female form in their works.

There are also galleries that spotlight alternative media, like the fiber art collection “Beyond the Loom,” which co-opts a medium traditionally associated with women’s domestic work. Certainly not to be found in the home, these large-scale weavings are sculptural testaments to the pioneering women artists who, in the ’60s and ’70s, redefined textiles as modern art.

A highlight of the exhibit is the stunning “Women Publish Women” gallery devoted to three women whose innovative techniques in lithography and silkscreen lifted American printmaking out of the commercial realm and into the world of fine art. Without the aid of male artworks, the collection tells a unique story of a particular time and medium in American art. Of course, it is well worth noting the contributions that male printmakers made to the field during this time in order to get the full picture. Zeroing in on an oft-overlooked subset of printmakers, however, makes that picture suddenly much more vibrant: Sometimes the full story of an artistic movement can only be described after one remarkable thread of that plot is allowed to stand on its own.

This endeavor to let women-made art be by itself informs the entire takeover, and achieves a kind of apotheosis in the central gallery, “Women Depicting Women.” The space features images of women created by women, liberated from the male gaze. Each portrait is a product of the female gaze, and the varying perspectives interact to provide a rich intersectionality. Wendy Red Star’s 2016 photograph of her and her daughter wearing the traditional elk-tooth dress of the Apsáalooke (Crow) nation defies the sepia-toned representations of Native American women in historical photography. A few feet away hangs another portrait, from almost 100 years earlier: The first painting Frida Kahlo ever sold, “Dos mujeres (Salvadora y Herminia).” It depicts two working-class women with all the staid dignity usually afforded only to elite subjects of portraiture.

Seen together in a single gallery, Wendy Red Star’s and Frida Kahlo’s portraits are shown in new light. The respective artists have separate voices, to be sure, but it ought not be ignored that their confluence is arguably even more interesting. Putting one woman’s work in communication with the other’s does not mean that their individual lights shine any less brightly. Indeed, the academy grants male artists this privilege constantly, comparing their works in order to form a composite view of such nebulous terms as “artistic expression” or the art of depicting the so-called human experience. Terms like these are so saturated with maleness that it’s difficult to place women artists inside this frame which was not originally meant for them. It is dedicated projects like ”Women Take the Floor” that carve out the space for women artists to, at the very least, play, and, at the very best, tell stories of artistic development hitherto unknown. In a room of their own, there just might be space enough for their voices to echo.