Robot Chefs To 'Spyce' Things Up in Harvard Square 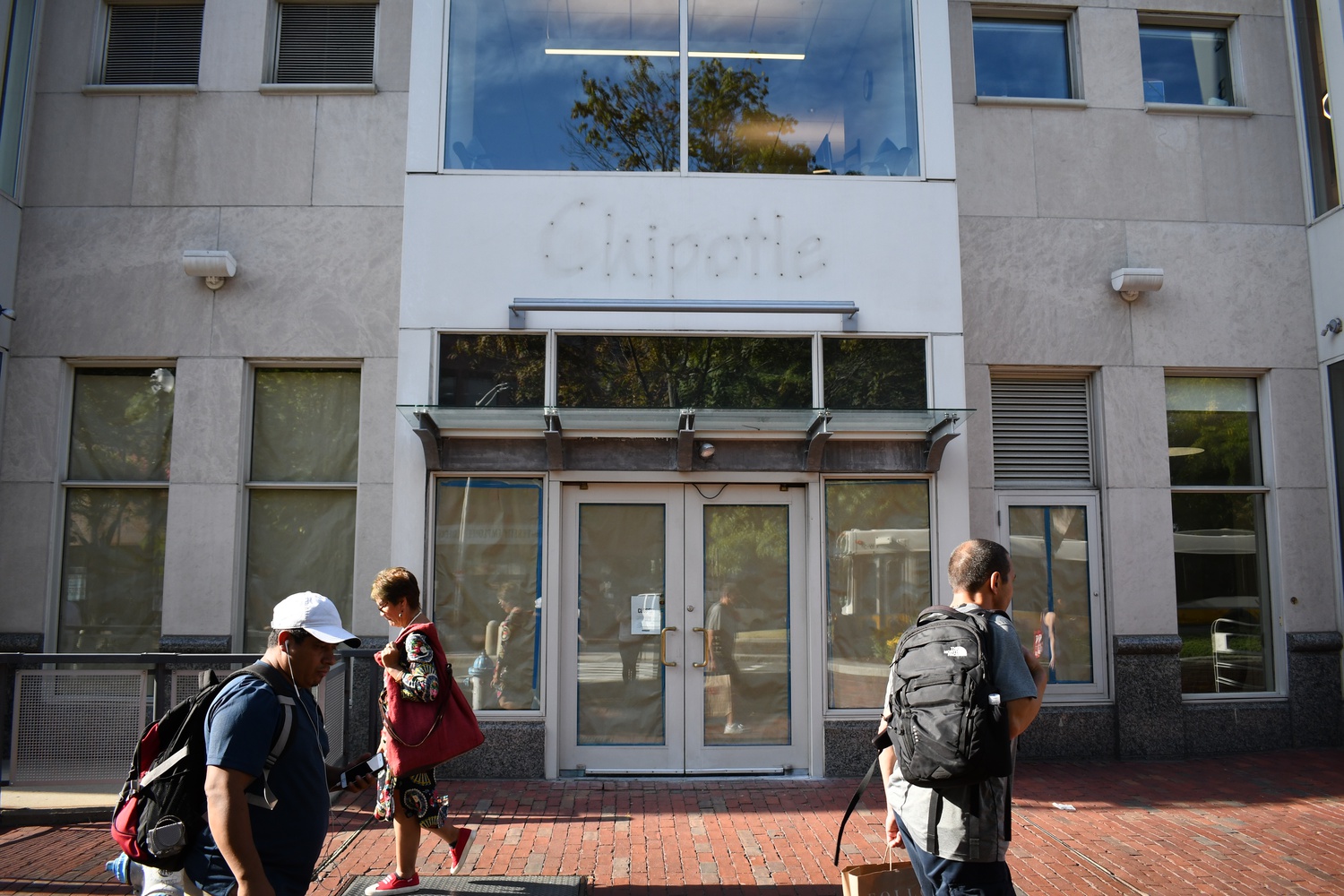 A new restaurant called Spyce is set to open next year in the building that Chipotle vacated in January. By Naomi S. Castellon-Perez
By Ellen M. Burstein, Crimson Staff Writer

The new Cambridge location is set to open in One Brattle Square in the space previously occupied by fast-casual Mexican chain Chipotle, which closed in January.

At Spyce, robot chefs prepare a variety of grain bowls and salads. The dishes are then examined by a “garde manager” — or a “garnish employee” — who adds final ingredients and checks the dish for its presentation, according to its website.

Spyce was founded by four MIT graduates, who built their first prototype robot in the basement of their fraternity and branded themselves as the “Spyce Boys,” according to its website. The group opened their first location in Boston in May 2018 after teaming up with Michelin star chef Daniel Boulud.

Kale T. Rogers, the chief operating officer and co-founder of Spyce, said when the group devised the concept for the restaurant, they were motivated by a mission to provide more people with access to healthy, affordable food.

“There’s a lot of ways in which a restaurant can affect people,” Rogers said. “That’s really allowed us to land on this mission of enabling people to live fuller healthier lives.”

With its robotic kitchen, Spyce employs fewer human employees, enabling the restaurant to make their food more affordable, according to its website. Rogers said Spyce aims to provide healthy food in an “accessible, easier, customizable” way to its patrons.

Prior to opening, Spyce is still awaiting approval from the Cambridge Licensing Commission to serve alcohol and remain open until 2 a.m. Sunday through Wednesday and until 4 a.m. Thursday through Saturday. Though they were supposed to come before the commission Tuesday, Roger said their hearing was rescheduled for Oct. 23 due to a scheduling conflict.

Denise A. Jillson, executive director of the Harvard Square Business Association, called Spyce a “fun” addition to the neighborhood.

“I love the idea that they’re going to be open late,” Jillson said.

Rogers — a Cambridge resident — said he is looking forward to opening a location in Harvard Square.

“As someone who went to school just up the road, I’ve always loved Cambridge,” he said.

Georgia K. Steigerwald ’23 said that she was interested in the concept of the restaurant.

“It’s very Harvard, I guess, bringing technology to other aspects of life,” Steigerwald said. “It seems like it would have good food, so I would definitely be willing to try it.”