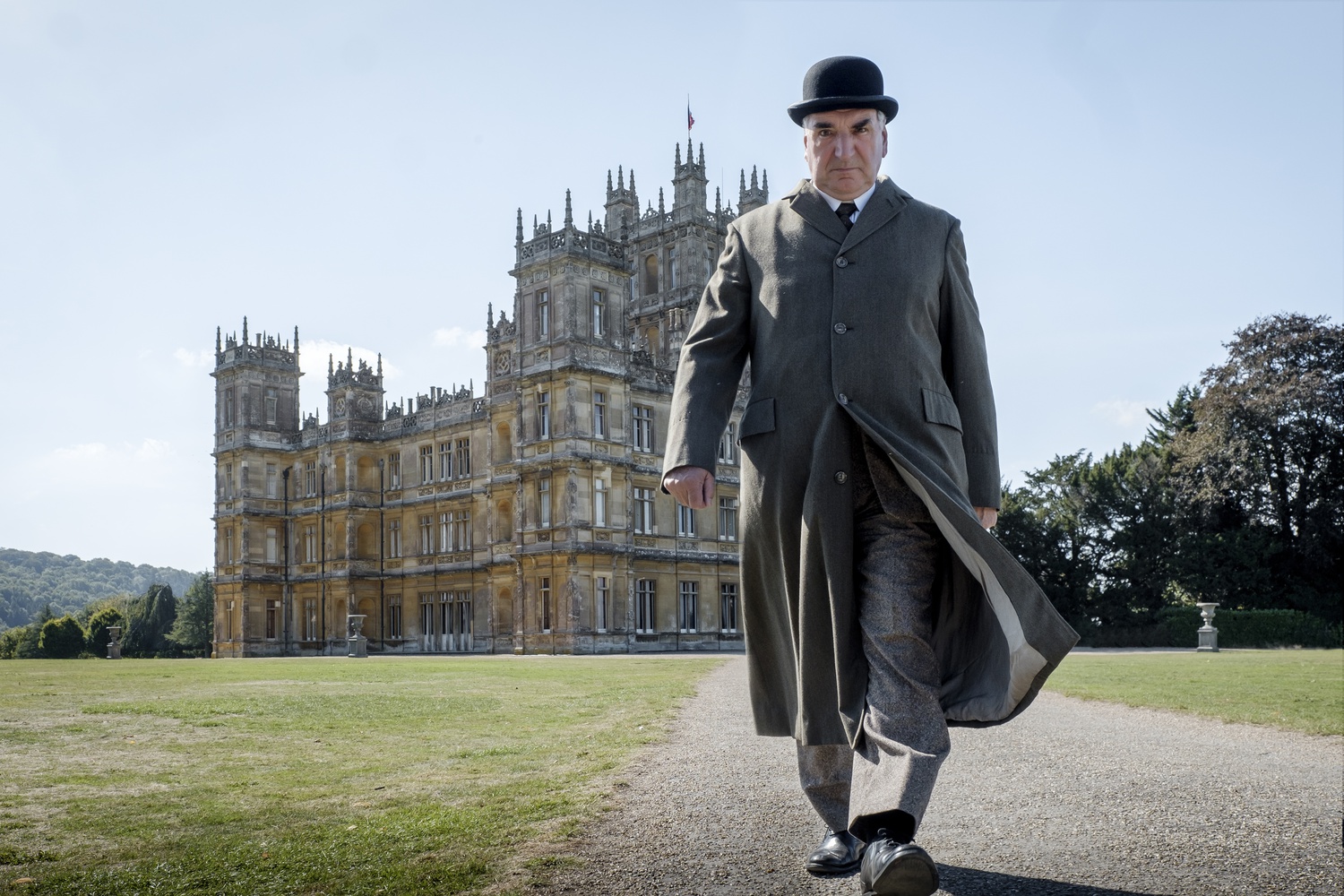 Watching “Downton Abbey” is like being fed freshly baked cookies, petting a soft kitten, and snuggling into a warm bed — all at once. The film does not pretend to be anything else than what it is: an enjoyable two-hour peek into the usual trials and tribulations of the world’s favorite British upper class family and their loyal Yorkshire servants. It is fan service to devotees of writer and creator Julian Fellowes’ TV show in the best possible way, as the familiar actors deliver their signature quippy and sensible British remarks while each storyline gives its characters their diligence.

The film opens on 1927 Downton, about a year after the final season ended. The Crawley family are still as thick as thieves with Mary (Michelle Dockery) and her husband Henry (Matthew Goode), struggling (yet somehow managing) to run the estate with Tom Branson’s (Allen Leech) help. All three of them raise their children with the help of the Earl and Countess of Gratham, Robert (Hugh Bonneville) and Cora Crawley (Elizabeth McGovern). Lady Edith (Laura Carmichael), now the Marchioness of Hexham, is showered with social engagements as her new role pulls her away from her old life running a newspaper. The Dowager Countess (Maggie Smith) and Lady Merton — formerly known as Cousin Isobel (Penelope Wilton) — still live just nearby, quarrelling and having tea as usual. Downstairs, we see John (Brendan Coyle) and Anna Bates (Joanne Froggatt) raising their son, Mrs. Hughes (Phyllis Logan) still in command as head housekeeper, and a recently promoted Thomas Barrow (Robert James-Collier) doing a fine job as the family’s butler. The arrival of the King George (Simon Jones) and Queen Mary (Geraldine James) in Downton puts everyone in a flurry. Compared to the Royals, the Crawleys are practically Cockney dirt, as outsiders are quick to point out to the loyal staff. When the Royals eventually arrive, the servants are horrified and disappointed to learn that there is a hierarchy even within the servant life: None of them will have the honor of serving the King and Queen, as they have brought their own staff.

Fellowes has continued to craft his signature interlocking storylines, which translate quite easily to movie form. The conflicts, like those on the show, are never too dangerous. The staff must deal with the broken down water pump, Lady Edith’s husband is called away on tour, and Mary struggles with the arrival of the King and Queen. The Dowager Countess plots to return Robert’s fortune after a family spat, and Isobel is not far behind to simultaneously help and hinder her. Though Fellowes engages with some darker issues, continuing to delve into class warfare through Daisy’s hesitation to marry and hedging questions about continuing work at Downton (Sophie McShera), the viewer is always in a benevolent universe where everything will always turn out just right. Just like in the show, these non-problems still sustain any drama-hungry viewer.

Of course, the triviality of these problems spurs the show’s signature jocular dialogue. The viewer might side with the Dowager Countess in one moment, but a particularly biting remark from Isobel forces the viewer to switch sides again. The pattern is familiar and yet it gracefully straddles the line between predictable and reassuring.

Having said this, some of the storylines seem a bit too repetitive or similar to the show — namely Daisy’s storyline. Faithful viewers of the show should be more than familiar with her skeptical ways, her lack of satisfaction with her life, and her inner turmoil about her romantic relationship. For the most part, her problems were resolved in the final season, yet they keep coming back. At least fans will have the satisfaction of seeing Tom finally meeting someone like him — both an aristocrat and an outsider in the form of Lucy Smith (Tuppence Middleton), a maid and companion to Crawley family member Lady Bagshaw. Mr. Carson, brought to life once more quite brilliantly by Jim Carter, gets one last hurrah as butler. Perhaps Thomas, who after six seasons of being hated by both fans and characters alike finally gets a chance at love, derives the most satisfaction of all the characters. Fellowes shows excellent sensitivity when treating the plight of a gay man in the 1920s. It is this, Thomas’s redemption and discovery of love, that is the light shining through the darkness which best encapsulates the film’s essence and the spirit of the lauded and beloved show.

Not much else can be said about the film beside the superb acting and resplendent costumes and extravagant scenes. Nothing about it disappoints. Maggie Smith and “Downton” newcomer Imelda Staunton put on particularly splendid performances as bickering cousins, but credit is due to all the actors who reprise their characters with gusto. While the Downton Abbey estate might be falling on hard times, the movie shows that it can always be dusted and brought right back to life.