Divestment Movement Wins Some, Loses Some 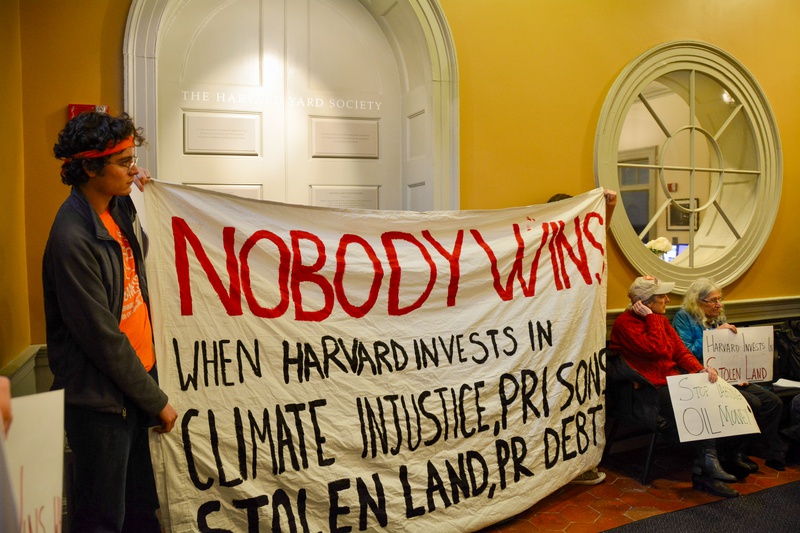 This story is part of The Crimson's Ten Stories That Shaped 2020 series. To view other parts, click here.

Harvard’s long-lived divestment movement this year gained powerful allies among the faculty and placed supporters in the upper echelons of University leadership, but its ultimate goal pushing the University to completely divest from fossil fuel companies remains unfulfilled.

In February, the Faculty of Arts and Sciences voted overwhelmingly in favor of legislation that demanded the University divest its endowment from the fossil fuel industry. Harvard Medical School’s Faculty Council passed a similar resolution a week later.

In response to pressure from faculty and students, the Harvard Corporation in April ordered the Harvard Management Company, which handles the University’s endowment, to create a plan to achieve net-zero greenhouse gas emissions for its investment portfolio by 2050. Still, activists called the move insufficient because it allows for continued investment in fossil fuels.

The University has been hesitant to divest, arguing it is important to engage with fossil fuel companies to bring about change from the inside.

The student and alumni group Harvard Forward launched last year to push for climate reform through increased recent graduate representation on the Board of Overseers, the University’s second highest governing body. The group successfully elected by petition three of its five nominees to the Board of Overseers’ five vacant spots in this year’s election, making it the first campaign to successfully petition a candidate for the position in over three decades.

Less than a month after the election’s conclusion, the Harvard Corporation and the Board of Overseers jointly imposed a new policy disallowing more than six petition-backed candidates from sitting on the Board at any time, drawing heavy criticism from Harvard Forward representatives and supporters. Other alumni, however, praised the move, citing fears of future elections being undermined by special interests.