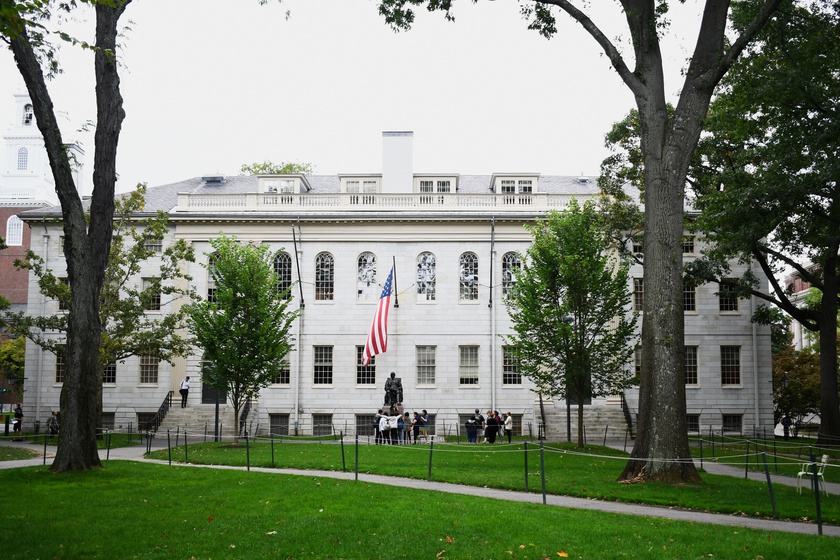 When Harvard Students Were Strikebreakers

In February 1912, dozens of Harvard undergraduates were absent from their mid-year exams. Rather than spend their afternoons in lecture halls being hushed by proctors they were galavanting down Essex St. in central Cambridge on horseback to disrupt the Lawrence Textile Mill Strike with the university’s explicit permission.

The striking workers were protesting child labor and wage reduction. As the strike — which was backed by the Industrial Workers of the World — went on, protesters became increasingly violent. In response, the mayor of Lawrence, Michael A. Scanlon, requested militia from surrounding towns, drawing in Harvard students alongside civilians. A 1974 article in The Crimson reported one “aristocratic Boston observer” saying the students “rather enjoyed going down there and having their fling at those people.” Participating students automatically received C marks on the exams they missed.

For four years before the strike, the Boston Police Department’s nascent trade union had unsuccessfully sought recognition and reported grievances to the mayor and police commissioner. Maintaining that they had exhausted all other modes of negotiation, Boston police officers organized under an American Federation of Labor charter in August 1919 and went on strike in early September. Within a few days, looting and other petty crimes increased in several neighborhoods across the city.

Alarmed by reports of civil disorder, Harvard students flocked to Boston’s Chamber of Commerce building to quell unrest. The Boston Herald reported “carloads” of young men pouring into the city: The roughly 50 Harvard students who enrolled individually were joined by Harvard’s 125-person football team. One teammate remembers Harvard football coach Bob Fisher dismissing them, saying “to hell with football if men are needed to protect Boston.” In a matter of hours, almost 200 college students took to Boston’s streets armed with night sticks and revolvers.

Harvard’s administration itself demanded student involvement. Responding to a telegram inquiring about the college’s role in the strike, then-Harvard President Abbot Lawrence Lowell invoked the school’s “traditions of public service...in times of crisis,” urging all able students to “prepare themselves for such service as the governor of the commonwealth may call upon them to render.”

A committee of three acting deans and two college seniors opened an all-night recruiting office in University Hall, posting calls for volunteers on bulletin boards around campus. According to several students, the committee tacked notes addressed, “To All Harvard Men” on every student’s door. The notice included President Lowell’s message invoking public service and an appeal to any man who could provide a “motor car or motorcycle with or without sidecar to report at once to University Hall.”

Though glorified, strikebreaking came at a dangerous cost, and the violence perpetrated by strikebreakers did not go unanswered. During the 1919 New England Telephone Operator’s strike, working class defendants of the strikers mauled several students from Harvard, MIT, Brown, and Tufts, beating some unconscious and knocking their teeth out.

According to University of Oklahoma professor Steven H. Norwood’s research on student strikebreaking, being a strikebreaker was seen as a reaffirmation of one’s “manhood.” Conversely, women's colleges of the time were incredibly restrictive in allowing students to leave campus, especially due to the danger and violence strikebreaking entailed. Many women’s colleges would often even support the pro-labor argument –– notably Vassar, Wellesley, Barnard, and Bryn Mawr, all of which had students travel to New York to support the striking women garment workers. In fact, Radcliffe stood against Harvard in support of the strikers in 1912.

In reality, the College’s official position condemned strikebreaking. So when one disapproving Harvard College alumnus called University Hall to ask when Harvard had “become a training ground for strikebreakers,” the committee insisted that students were not merely trying to disrupt the striking police officers’ efforts. “It is not as strike-breakers that the undergraduates are offering their services,” the committee maintained. “They are enrolling solely to protect life and property.”