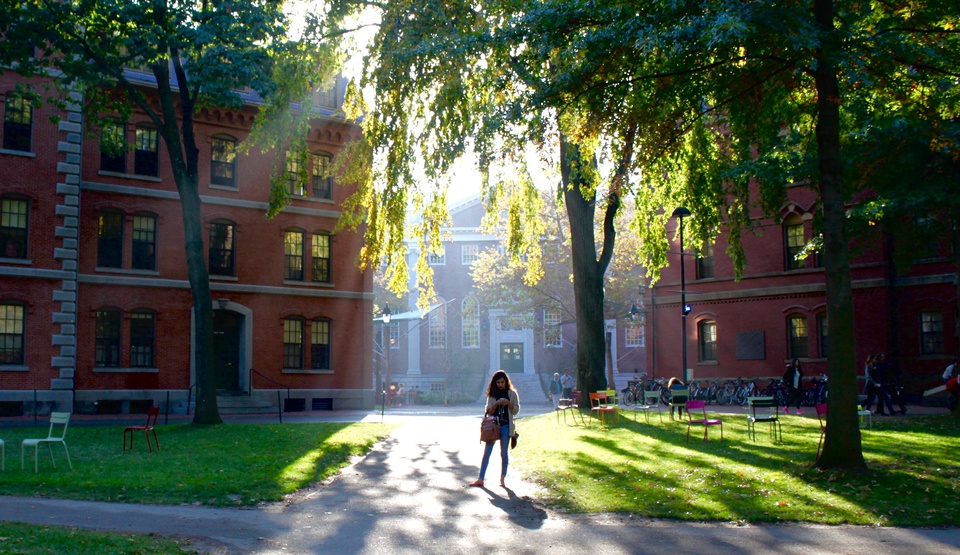 It was springtime on Harvard’s campus. The sun was shining, the Yard was bustling with students in t-shirts and shorts, and campus felt worlds away from the frosty winter that had relinquished its grasp on Cambridge only weeks earlier. But any sense of hope or new beginnings didn’t extend beyond the physical setting of campus during the spring of 1970 — while the flowers were in full bloom, the Vietnam War also was raging.

Carl F. Muller ’73, a freshman at the time, references the first line of “A Tale of Two Cities” to explain the spring 1970 semester: “It was the best of times; it was the worst of times.” Amid the beauty of springtime, the anti-war movement was ripping through the country.

On May 4 of that year, during a protest at Kent State University, the Ohio National Guard shot at unarmed students and killed four of them.

Soon after the shooting, Harvard announced that students had the option to skip their final exams and have their classes graded on a pass-fail system for the semester. They also had the options to to stay, finishing their exams for a letter grade or skip them and still accept letter grades. A Crimson article published soon after the decision lists a flurry of announcements from professors detailing the next steps for their students.

While Harvard’s decision might appear to be politically motivated, Harry B. Wilson Jr. ’67, a Vietnam War veteran, did not perceive it that way. “When Kent State happened, there was a reaction all over the country,” he says. “All the universities were taking similar actions to what Harvard was doing. Harvard was hardly alone. So yeah, it was political, but it also wasn’t. The anti-war movement was, by then, a huge figure.”

Another key difference between the springs of 1970 and 2020 is that the University’s decisions incited different reactions from the public. When the administration notified students of their decision to effectively close the campus in 2020, the administration faced a backlash from students, parents, and the general public.

In response to the decision, Harvard parents started a petition that reads, “Parents of Harvard College students disagree with the College [sic] unilateral decision to close its facilities to students and to send them home. In these unprecedented times students should be allowed uninterrupted access to college education and college services.” That same week, there was also a petition started by Harvard freshmen demanding the preservation of an on-campus Housing Day, even if it were slightly modified.

The decision in 1970 was not nearly as controversial. “There were some people, including friends of mine, who supported the war,” Muller recalls. “Some people thought that Harvard closing the university and allowing students to go home was ill-advised, but I would say that was a very small minority.”

Perhaps this was because the announcement was made in May instead of March or because students had more control over their academic fates. “The most important thing at that time in people’s minds was putting a stop to the war and not spending time studying microbes and the Renaissance,” Muller says. “It seemed almost selfish to be doing that when there was such carnage.”

As with all tragedies, some Harvard students were more deeply affected by the Vietnam War than others. Among them was Wilson, who had taken time off from school and enlisted amid the brutal Tet Offensive of 1968. When he returned to campus in 1969, eager to resume his studies, he showed up in full military uniform to re-register for classes. “[Students] absolutely freaked when I came in in full uniform,” says Wilson. The experience he gained from Vietnam offered him a different perspective on the anti-war protests he witnessed on campus. As someone who suffers from post-traumatic stress disorder, he says that even today the war continues to occupy his thoughts.

“[Thinking about fighting in the war] is not disabling, but it’s something I think about all the time,” he says. “Even though it’s more than 50 years old, I still think about it every day.”

Wilson’s experience of the Vietnam War fundamentally changed the way he understood campus — and the world. Though Harvard students’ experiences today are vastly different from Wilson’s, perhaps when they return to campus — whenever that may be — they will also find their own perspectives colored by the aftermath of their abridged spring semester.