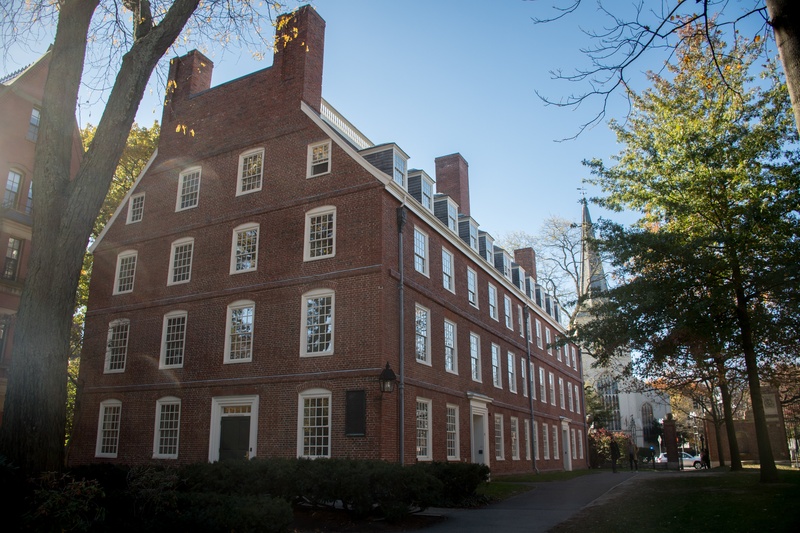 Bargaining teams for the University and its graduate student union reached a tentative one-year contract Monday, which they will now unanimously recommend to union members for ratification.

The contract — the union’s first — represents the outgrowth of a 19-month series of bargaining sessions between the two parties, punctuated by a strike in December.

Since then, the union and the University remained at odds over three key areas: compensation, healthcare, and — most prominently — grievance procedures for discrimination and sexual harassment complaints.

Though the tentative agreement does not fully meet each of the union’s key asks, it does present a suitable fixture for the upcoming year as both sides endure the ongoing COVID-19 outbreak, according to a summary of the contract posted to HGSU-UAW’s website. The initial contract negotiations called for a three-year contract; however, given the financial strains of the pandemic, Harvard proposed shortening the agreement to a one-year contract, to take effect before the upcoming year.

HGSU-UAW members now have the chance to ratify the contract, which would take effect on July 1, and last through June 30, 2021. If ratified, the contract would be the first in University history to provide more than 4,000 student workers at Harvard with workplace protections.

“Our students are the heart of our institution, and we have approached these negotiations with their best interests in mind,” Garber wrote.

According to the union’s summary, the University agreed to grant student workers a 2.8 percent pay raise. Though HGSU-UAW representatives had initially hoped for a larger raise, the two parties had tentatively settled on the raise by the end of May, shortly after Harvard modified the time span of the contract.

Union members also secured a minimum wage of $16 per hour for non-salaried student workers and $17 per hour for students with hourly instructional roles. Salaried teaching assistants in professional schools will receive a pay raise up to $5,520 per section per semester, according to the union’s website.

Regarding health care, the University guaranteed union members up to $575,000 in funds to cover dental costs, co-pays, and other out-of-pocket expenses. The union also secured childcare subsidies via a new $350,000 fund.

Previously, union members expressed concern with ensuring their safety amid the coronavirus pandemic, given that many student employees will be returning to work as Harvard begins the phased reopening of its labs. As such, the contract contains provisions that guarantee student workers personal protective equipment and protect employees from retaliation for reporting unsafe working conditions.

Those provisions were the latest in a long list of provisions the two sides had accepted over the course of bargaining, including agreements over workload, holidays and vacation time, and parking and transportation.

The handling of non-discrimination and harassment procedures formed a longstanding point of contention between HGSU-UAW and the University throughout negotiations: While the union argued that a third-party arbitrator should handle discrimination or harassment complaints, Harvard maintained that members could process these requests through internal University procedures.

Despite other agreements in this area, the tentative contract does not include a third-party grievance procedure for discrimination and sexual harassment complaints. Under the agreement, students can elect to have a union representative present in “any and all stages of discrimination or harassment complaints, regardless of the method of reporting.”

The two sides agreed to guaranteed interim measures for all forms of harassment and discrimination complaints, and “protections against retaliation,” per the summary. The University also “committed to establishing new procedures and offices to address race-based discrimination and power-based harassment with the input of students and union representatives.”

“A working group will be assembled to accomplish this if the contract is ratified within 3 months of ratification,” the summary on HGSU-UAW’s website reads.

“Complaints of identity-based discrimination may not be arbitrated under the contract grievance article, but may be submitted to an internal appeals panel. While this is a start, it is insufficient beyond this one-year settlement in the context of the pandemic,” it also states.

According to Garber’s email, union representatives will have seats on the University’s existing Title IX Policy Review Committee — a body made up of faculty, students, and staff — and on two new committees to make recommendations on University policies for “addressing other forms of discrimination and misconduct that do not fall under the federal Title IX regulations.”

HGSU-UAW representatives Lacey Rosey and Jeff Hall wrote in a press release that graduate students “made history” by reaching the agreement.

“Under the current circumstances, the tentative contract is being hailed by student workers as a major achievement,” they wrote. “It provides important protections and guarantees, and lays the groundwork to achieve even greater workplace rights and protections in future contracts.”

The contract between HGSU-UAW and Harvard marks the latest development in unionization and bargaining efforts at private colleges across the nation, including Brown, Cornell, and Columbia. Members of Brown’s Stand Up for Graduate Student Employees reached their first contract with administrators just two weeks prior, a first for the Ivy League.

In a Monday press release, HGSU-UAW expressed support for other graduate workers across the country, writing that student workers’ collective bargaining rights have been placed in jeopardy by President Donald Trump’s conservative appointments to the National Labor Relations Board. The NLRB is responsible for enforcing and carrying out the National Labor Relations Act, which provides labor protections for workers.

“This tentative contract agreement is a major victory not only for the Harvard Graduate Students Union (HGSU-UAW), but also for the graduate student worker movement across the country, especially in light of the Trump administration’s efforts to end the right of student workers’ to bargain under federal law,” the release reads.

In February, HGSU-UAW previously alleged the University engaged in “regressive bargaining” and hid behind the Trump-appointed NLRB.

Former NLRB Chairman William B. Gould IV wrote in an email that he believes HGSU-UAW’s tentative contract could provide other universities the “courage to move ahead” with bargaining despite “Trump NLRB hostility.”

Gould commended the University and the graduate union for coming to an agreement.

“This important step forward is what collective bargaining is about and both sides are to be commended for it,” Gould wrote. “The union has made a good start on both compensation and dispute resolution. The parties have been able to get beyond the embryonic stage in the process.”

Though the contract would provide essential protections to last through the pandemic, the provisions are only temporary securements as the union looks to “gearing up for a fight next year to win on our remaining outstanding issues,” according to the contract summary. Third-party arbitration in discrimination and harassment proceedings and further compensation guarantees remain among the key bargaining issues for next year.

'An Entirely Different Universe’: International Students Anticipate Challenges in Returning to Campus in the Fall