We Deserve More Than Eloise Bridgerton 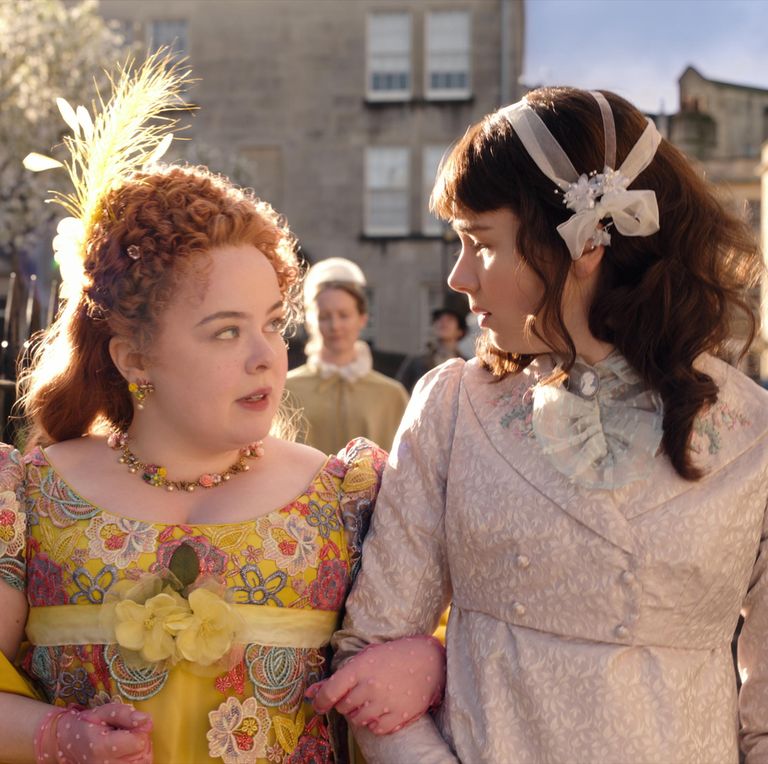 For a show about Regency-era bachelorettes vying for a husband, Netflix’s “Bridgerton” doesn’t seem to have much to say about the institution of marriage. In fact, there are only two attitudes towards marriage expressed by “Bridgerton”’s women. The first is the one espoused by the majority of the female characters, including the show’s lead Daphne Bridgerton (Phoebe Dyvenor.) Daphne recognizes the economic and social importance of marriage, but mostly she wants love — and even more than love, she wants domesticity. Daphne spends the show dreaming of being a wife, and her main conflict in the second half of the series is driven by her desperation to become a mother. Daphne, together with other characters like Penelope Featherington, Marina Thompson, and more, recognize that there are some men who are sexist, but only to the extent that those men would make bad husbands. Mostly, they remain committed to their search for matrimony, focusing their lives around the pursuit of an engagement based on mutual love and respect.

The only female character who deviates from this attitude is Eloise Bridgerton (Claudia Jessie), Daphne’s younger sister. Eloise is completely uninterested in a domestic life or “the marriage mart,” as the series of balls and social events the characters attend is referred to. Throughout the series she passionately shares her desire to travel the world and write. She also frequently serves as the voice of feminism of the show, routinely cutting into scenes to denounce the patriarchy, almost as though she serves as an insert for “Bridgerton”’s modern audience. While Eloise’s position as the feminist character on the show has won her wide approval from fans, “Bridgerton”’s depiction of Eloise and her relationship to marriage has problematic implications.

There is certainly nothing wrong with a character not being interested in marriage or heterosexual relationships. In fact, with her character, “Bridgerton” had the opportunity to cover interesting ground, perhaps by committing to a portrayal of Eloise as queer, asexual, or aromantic, all of which could have been thought-provoking to explore in the show’s conservative regency setting. However, the first season does not even hint at any of these conclusions and, assuming that the show continues to follow the books, neither will forthcoming ones. Instead, by framing Eloise as the show’s resident empowered woman and the only female with goals outside of matrimony, the show chalks up her disinterest in romantic relationships simply to her being ambitious and feminist. It is here where “Bridgerton”’s portrayal of Eloise becomes damaging.

A small part of this problem lies in the fact that Eloise’s particular take on feminism is deeply condescending to other women who do participate in the “marriage mart.” Throughout the first season, she implies her sister and other girls who wish to marry are unaccomplished, unintelligent, and living dull, unworthy lives. In short, Eloise is “not like other girls,” and to have the most progressive voice in the show be so mean and dismissive is deeply frustrating.

However, Eloise’s propensity to dismiss other women is forgivable. The character is 17, and portrayed as having a limited understanding of the world in general (an entire episode is dedicated to her not knowing where babies come from). Furthermore, even as Eloise dismisses women who want matrimony, the show presents the domestically-focused Daphne in such a glamorous light that it would be misguided to suggest that the show is anti-marriage, even as it creates an association between feminism and a desire for spinsterhood.

No, the portrayal of women in “Bridgerton” is not damaging to viewers who are sure they want a domestic life or even those who are sure they don’t. Instead, by having Eloise be the only woman with divergent views of matrimony, “Bridgerton” creates a false dichotomy where every female character is either completely obsessed with domesticity or completely uninterested, with no room in between.

To better understand how “Bridgerton” fails in this regard it is worth comparing Eloise to a similar, if better executed, character — Jo March from the 2019 adaptation of “Little Women.” Jo is similar to Eloise in many ways. She is ambitious, a writer, and passionate about women’s place in the world. Like Eloise, she lives in a society where marriage is the main tool women have for upward mobility, and she knows that marriage is not the right path for her. But “Little Women,” unlike “Bridgerton,” shows that Jo struggles with this decision, not because she wants a married life (she does not) but because living in a society where there are such clear expectations for how women should live their lives causes internal conflict, as well as external. “The patriarchy” is not some outside force that feminists struggle against, but a series of assumptions and beliefs that are internalized by people of all genders.

The viewers of “Bridgerton” do not live in the Regency period, but in modern society women are still expected to make difficult decisions between prioritizing family or their career. If “Bridgerton” wants to be progressive and feminist, it is not enough to just insert a character who thinks marriage is stupid. Women in the real world have incredibly complicated and diverse relationships to marriage, to domesticity, and to the prospect of having children. Viewers deserve to see the complexity of these emotions represented on screen, rather than be presented with stories that make these different life paths seem predestined — where women are either romantic or ambitious by nature and never the two shall meet.

Hopefully, for Eloise’s sake, future seasons of the show will see her remain steadfast in her path — never internalizing societal messages about romance and never finding herself conflicted, unsure whether she really wants something or has just been told that she does. Eloise deserves nothing less — but as for the viewers, we deserve more.

— Staff writer Mira S. Alpers can be reached at mira.alpers@thecrimson.com.