‘Outlawed’ Review: A Fascinating Feminist Take on the Western 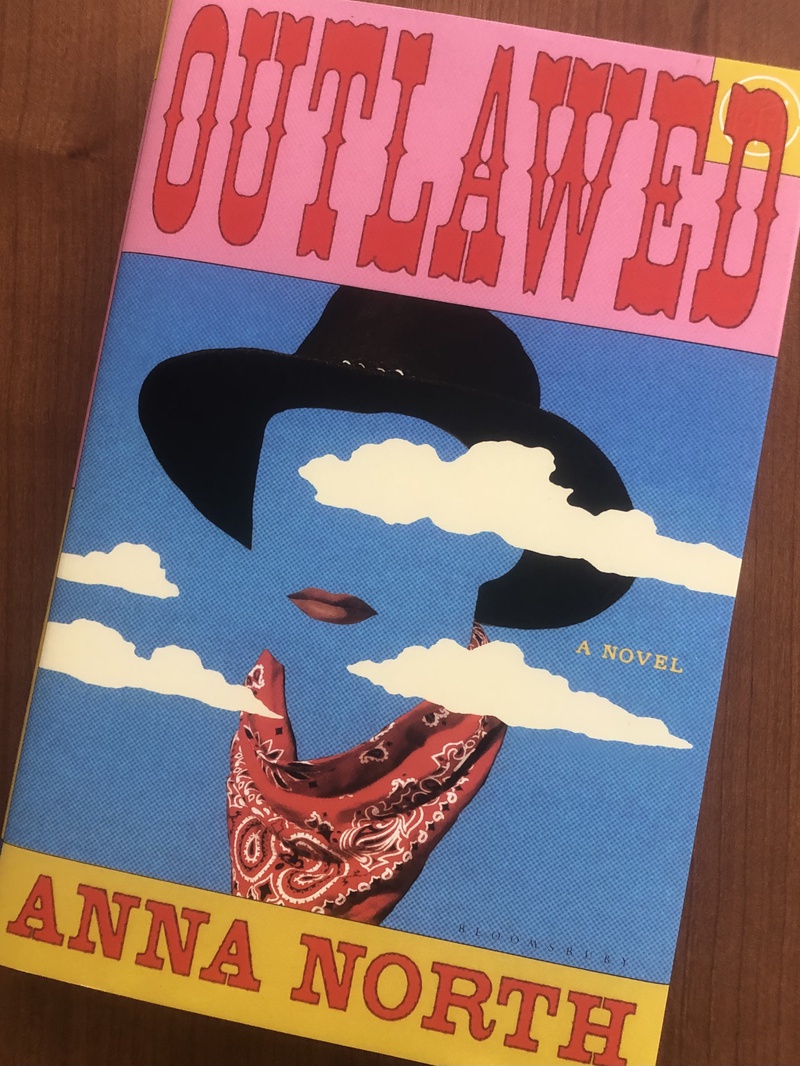 The Western genre is not the first that comes to mind when looking for literary fiction exploring femininity, gender, and identity. However, readers who pick up Anna North’s most recent literary release, “Outlawed” are in store for just that, along with intimate prose and fast-paced action.

“In the year of our lord 1894, I became an outlaw. Like a lot of things, it didn’t happen all at once.” Such begins the riveting, action-packed tale of Ada. A reimagining of the Western genre through an alternate history with a feminist lens, North crafts a compelling tale following Ada as she’s forced to forge a new life for herself after discovering she is unable to conceive a child. As Ada journeys from hometown to covenant to a role as a doctor in the notorious Hole in the Wall Gang, readers are in for a meaningful tale of adventure and hope in the face of strife.

“Outlawed” reads as a campfire confessional told from the perspective of Ada, who is as determined and intelligent as they come. The novel shares an engrossing account of both her internal and external development. The heart of the novel lies in Ada’s introspection of her emotional and mental state as she experiences love, loss, triumph, and failure. Ada is by no means a perfect protagonist, but she’s honest and good-hearted, making her failures heartbreaking and her triumphs all the more impactful.

Ada’s tale is accompanied by a cast of complex, gripping characters — most prominently, her fellow outlaws in the Hole in the Wall Gang. All of whom share a history of mistreatment by their community — with stories exploring issues of gender, race, and sexuality. Ada’s relationships reveal that companionships are earned, not given, as Ada goes from distrusted newcomer to trusted friend. Each character’s diverging opinions create tension, making for intriguing conflict among allies. However, because of the narrative’s focus on Ada’s story and the sheer number of people in the gang, some of these other characters feel one-dimensional comparatively, and the important issues raised by their diverse identities feel woefully under-explored.

The most interesting concept that “Outlawed” contributes to the literary zeitgeist is a new exploration of reproductive trauma. Stories of women who can’t conceive, or have other mental and physical wounds related to their reproductive lives are not uncommon. Despite this trend, many works with this kind of backstory make the women one-dimensional and convey a narrative that infertility is the worst (and only) misfortune to happen to a woman. As for “Outlawed”, it takes place in an alternate historical timeline, where a disastrous flu causes much of the female population to be “barren” or unable to conceive. Unsurprisingly, society blames the women, shunning them from society under thinly veiled accusations of witchcraft and treachery.

Ada’s journey in the novel is not about her trying to “fix” her reproductive issues, or even fully come to terms with her barrenness. Rather, Ada’s tale is one of finding purpose and fulfillment outside of the expectation of marriage and motherhood. Ada seeks out knowledge to understand why women are barren, and she fights for those women to be treated with the same respect and care that society gives to women who can conceive. With Ada’s aspirations, “Outlawed” provides a refreshing take on an issue that has been beaten to death with the same storyline time and time again.

Overall, “Outlawed” is a fascinating, feminist take on the Western genre. Anna North’s thoughtful prose and strong narrative arcs shine in this novel that is well worth a read. Though filled with fun action and various hijinks, at the core of “Outlawed” is a powerful tale about agency and ambition. Readers can find poignant resonance with a character devoted to creating the change she wants to see in the world.

—Staff Writer Madi L. Fabber can be reached at madi.fabber@thecrimson.com.