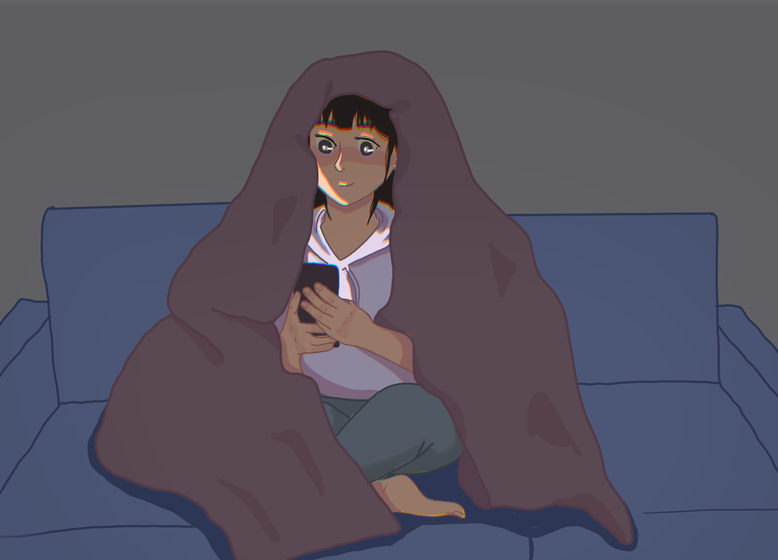 In the “Twilight” of Nostalgia

During November alone, I watched “Twilight” six times. I was too embarrassed to tell anyone, but it was the only thing that made me feel good. I couldn’t explain it.

I kept a lot of secrets when I was a kid. I faked being sick ahead of field trips because I was nervous about finding a bus buddy. I cried before all of my birthday parties because I was afraid nobody would show up. And I loved the movie “Twilight” enough to quote the script word-for-word by the time I was 10.

I don’t remember how it happened — I must have seen it at a sleepover, worlds away from the strict PBS broadcast regimen of my house. But something in that blue-tinted, wide-angled pan shot of the Pacific Northwest lit up my little soul. It was vampires and werewolves and a pasty girl named Bella who fell all the time and bit her lip incessantly. If anyone had asked me, I would have denied it, but what was not to love?

As I grew older, I stopped avoiding field trips and (for the most part) crying on my birthdays. I became interested in film, and I spent my high school years trekking through lists of classic cinema and art house indies. I could talk about anything from “Casablanca” and “The Godfather” to “Donnie Darko” and “Moonlight,” and, much to the annoyance of everyone around me, I did. Film was an entirely new world to explore, and I never wanted to stop making discoveries. I still kept “Twilight” lovingly folded in my back pocket, but I was convinced that I had moved on to more important artistic pursuits. At least, I thought so until the pandemic hit.

I left Harvard in March of my freshman year, and although I was devastated to be apart from the campus community and my friends, I begrudgingly accepted the situation. I went to my Zoom classes, wrote a few papers, scrolled through TikTok. I read “Normal People” and hung out with my mom. I didn’t feel the hopelessness of quarantine yet, and when I clicked play on “Twilight” for the first time in years, I did it for a laugh. I watched Edward sparkle in the sun, and I actually giggled aloud. I marveled at the ridiculousness of a movie I had once loved, and when I went to bed that night, I thought I was done with it for another five years.

In July, I found out that I’d be home for the fall semester, and I moved into my parents’ basement. It was fun at first to paint the walls and string up lights, but as more of my hometown friends left for their college campuses, I began to dread a year online. When school started in September, I felt lonelier than ever. Covid-19 cases were spiking in my community, and my parents didn’t want me to leave the house. I stared at a computer all day and barely slept at night. I told myself that I just had to ride it out, that I had it better than so many other people, but I couldn’t shake the feelings of aimlessness and isolation. I wanted to feel light again, if only temporarily.

Enter, as if on cue, “Twilight.” It began again in October, when I decided to make fun of Edward and Bella in the spirit of Halloween. I chuckled through Kirsten Stewart’s deranged lip biting and Robert Pattinson’s dialogue (“This is the skin of a killer, Bella!”), but as I watched, I realized that I was enjoying myself beyond the mockery. Something had changed. The blue-tint, the high school antics, the endless forests: it all felt suddenly warm. It was safe and familiar, like I was wrapped in an imaginary blanket, cradled by the images on the screen. I sat on my sofa for 10 minutes after the movie was done. The next night, I watched it again.

During November alone, I watched “Twilight” six times. I was too embarrassed to tell anyone, but it was the only thing that made me feel good. I couldn’t explain it. I had once dedicated entire summers to watching new movies, and now I was compulsively viewing a single one about teenage vampires. I was 20 years old and trapped in a secret infatuation from my childhood.

In 2014, Derek Thompson wrote an article for The Atlantic about why people watch the same movies over and over again. He discusses what the philosopher Martin Heidegger called “redreging,” or the act of recalling past experiences to feel better in the present. Now known as “regressive re-consumption,” the idea is that entertainment can transport us back in time to certain memories and feelings. We rewatch old movies to rekindle our nostalgia for happier or simpler times, and as Thompson points out, “using nostalgia as a kind of therapy isn’t uncommon.” Regardless of how much the world changes, our favorite films remain the same, and we know exactly what to expect when we watch them. We can anticipate a film’s exact emotional map because we’ve seen it before, and in difficult times, that might be the most we can handle.

If you search “rewatching movies in quarantine” online, you’ll come up with at least 10 articles about why it’s normal and why it’s okay. I did, too, after I watched “Twilight” for the sixth time and began to question my sanity. I came across an Esquire piece from May, an article by Dave Holmes titled, “I’m Stuck in the Quarantine Time Machine. So Are You. And That’s Okay for Now.” I thought, sure, maybe I’m stuck, but for how long is that really okay? How long until it just becomes pathetic?

I kept a lot of secrets when I was a kid, and I never fully kicked the habit. Secrets have tiers, and last semester, it was easier to watch “Twilight” than admit to myself that I was miserable. I lived off of nostalgia because I knew I could do it quietly. I didn’t have to tell anybody or explain anything; I could just turn on the television and feel whatever I wanted.

As I write this article in March, it’s easy to reflect on my behavior in the fall with concern. I know that I was unhappy, and I know that I used the childlike familiarity of “Twilight” to cope. But I am hesitant to make any scathing statement about the “regressive re-consumption” of my quarantine. I live with friends now, and I haven’t watched “Twilight” in months, but I can’t deny that it made me feel better when I needed it to. Perhaps it was regressive, a bit obsessive, and definitely embarrassing, but I won’t hold it against myself. While I don’t recommend that anybody watch “Twilight” on a loop to forget themselves, I won’t judge them if they do. Last fall, I wanted so desperately to understand my behavior, to define it and fix it, but maybe there was never anything to fix. Maybe I was just a college student alone in a basement during a pandemic, and I did what I did because it made sense at the time. Whatever it was, it feels good to get off my chest.

— Staff writer Vera E. Petrovic can be reached at vera.petrovic@thecrimson.com.