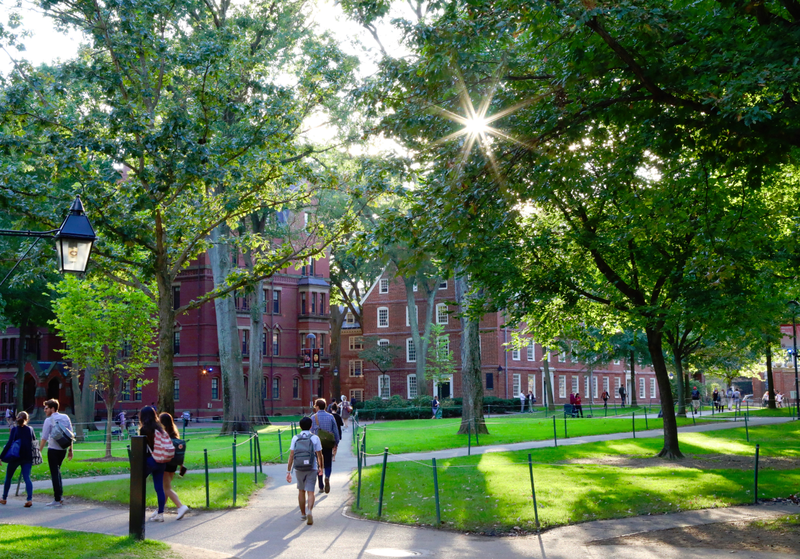 Harvard’s Center for Integrated Quantum Materials and the Learning Center for the Deaf are developing new signs in American Sign Language for quantum science concepts to increase accessibility in the field.

Mandy P. Houghton, a CIQM associate and former high school science teacher, is spearheading the project. Houghton, who is deaf, is working on the project with several other deaf individuals who work in STEM.

The project creates a more effective way to communicate STEM concepts through ASL by developing new signs, a framework for using them, and YouTube videos to share these developments with the deaf and hard-of-hearing — should they choose to adopt them.

Colin P. Lualdi, a fourth-year PhD candidate at the University of Illinois and a collaborator on the project, explained the limitations of some current ASL signs in communicating even basic scientific concepts such as an electron.

“A version commonly used by ASL signers involves one hand spinning around the other hand, which is balled up in a fist. The idea is that the spinning hand is the electron spinning around the nucleus, which is represented by the fist. This is fine, but what if you want to talk about electrons as stand-alone objects?” Lualdi said. “Now that student will be needlessly misled into thinking that the electron can never exist outside of an atom.”

While it was still possible to discuss quantum physics in ASL before, the new framework allows for more effective learning and communication, Lualdi said.

Houghton’s team followed a multi-step process to develop these new signs. They first conducted a needs assessment among undergraduates, PhD students and professionals. Next was the actual translation of quantum science concepts into ASL, which was no easy task, according to Houghton.

"Our focus is not just in developing stand-alone signs for quantum concepts without context," Houghton said. "It is important to model each sign in varying contexts so that people can see how the signs are portrayed accurately and how their nuances might change from one context to another."

After developing these new signs, the team recorded themselves using them and checked with others in the field to ensure the signs are conceptually accurate. Finally, they published the videos on YouTube in the hopes that others will find the signs helpful and adopt them.

Though the Covid-19 pandemic threw a wrench into ordinary life last spring and the team had to halt recording, they are excited to get back in the studio soon and resume disseminating their work to other ASL users, Houghton said.

The funding received from the National Science Foundation through CIQM was recently renewed for a third year. The project, which started out small and only met once a week, has since become a significant, long-term undertaking as the team realized the scope of the problem of lacking proper signs even for many fundamental STEM concepts.

The current limitations of ASL may turn deaf students away from STEM fields, said David E. Spiecker, a Ph.D. candidate in optics at the University of Rochester. Spiecker said he switched his major from physics to communications as an undergraduate because the language barrier made it difficult to stay engaged.

“When students lack proper language for learning concepts, they get frustrated and ultimately get turned away from STEM as something ‘too difficult for them,’” said Spiecker.

Houghton also said that having to use English and fingerspelling can be difficult and frustrating when communicating daily in a science classroom or profession. Often, they have to come up with “hacks” to get around this, and the new signs will hopefully eliminate these frustrations.

Combined with the lack of representation and role models in STEM, deaf students might not be aware that science is a path they can take, Houghton said.

“Helping out with this project is particularly important to me because I strongly believe that quantum information will play a significant role in our future,” Lualdi said. “I want to be sure that the deaf and hard-of-hearing community can participate in this paradigm shift rather than be left behind due to communication barriers.”