From Governors Ball 2022: Kid Cudi Is All The Rage 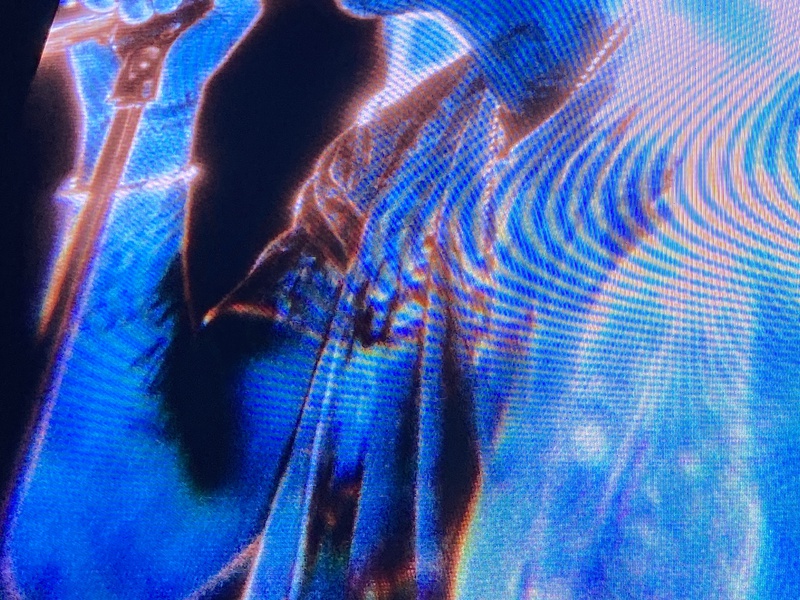 Kid Cudi fans from far and wide traveled to this year’s Governor’s Ball for one thing and one thing only: to catch the “Man on the Moon” rapper’s headlining performance. The Cleveland-born rapper did not disappoint, delivering an emotional performance that left the audience in awe.

Getting right down to business, Cudi kicked off the show with the bangers “Tequila Shots,” “She Knows This,” and “Dive” from his 2020 album “Man on the Moon III: The Chosen.” The album features themes of loneliness related to the passing of Cudi’s father from cancer. That autobiographical lense revealed a vulnerable and sensitive side to the rapper, making the live performance extra special. Cudi could be seen bowing down in prayer as the song’s guitar riff took over, caught in the sentimentality of the moment. The thematic backgrounds enhanced these special moments, with neon outlines of city lights and girls dancing on the LED screen reminiscent of the album’s iconic cover art.

“I have a lot of fun doing this ‘Man on the Moon III’ shit. But ain’t nothing like this shit,” Cudi said as a transition to “REVOFEV” from “Man on the Moon II: The Legend of Mr. Rager.” This segue completely transformed the atmosphere of the show. The melancholy and somber vibe evaporated, giving way to something more raw and energetic. In performing tracks like “Marijuana,” Mr. Rager himself amped up, jamming out on stage as his signature crooning yell resonated throughout the main GOVBALLNYC stage.

“Hit me,” Cudi said repeatedly, taking no time to relax between songs to maximize the time spent performing. The display matched his speed, with animated weed and trippy dog skeletons flashing behind the artist to foster the hallucinogenic experience.

All day Friday, the rumor going around was that Travis Scott was originally supposed to come out to perform with Kid Cudi prior to the Astroworld tragedy. Whether it was true or just gossip remains a mystery, because Cudi actually brought out King Chip to perform “Just What I Am.” The rapper dedicated the song to his late mother before diving into the first verse.

Cruising further down memory lane, Cudi revisited his 2009 debut album “Man on the Moon: The End of Day” with “Up Up & Away,” trippy hand mana designs flashing on screen. “We haven’t even gotten to the rage section of the show,” Cudi said as a lead into “GHOST!” The self-proclaimed “master of ceremonies” embodied pure rage as he performed tracks like “Mr. Rager.”. The impulsive, split personality of Cudi as Mr. Rager was brought to life, as Cudi took on the role model with slightly altered lyrics like “This is dedicated to all of the fucked up kids like me” engulfing the crowd in a relatable and inclusive environment.

The few minutes of his set that were not dedicated to singing were spent interacting with the fans. Cudi walked across stage, pointing out fans that went wild at being noticed by their idol. “I love you too,” he blew kisses into the crowd. “Y’all feel that shit?” he asked, spurring on screams and howls. “Doing this for my bro Travis Scott. Sing this shit loud, loud, loud,” he said, driving the crowd into a frenzy before singing “THE SCOTTS.”

Considering the sky high expectations on top of the pressure of headlining the first day of a festival, Kid Cudi shined in the spotlight.

He effortlessly handled the difficult task of energizing the crowd like he was born for the stage, made to perform for thousands. More importantly, he weaved a narrative through his discography, making this setlist special and distinct from album stadium tours. Add to that the thematic display paralleling the narrative in his lyrics, and it’s clear that Cudi’s performance was a cinematic experience made for a festival like Governors Ball.

Amsale Aspire: A Look Back on the Iconic Career and Legacy of Amsale Aberra