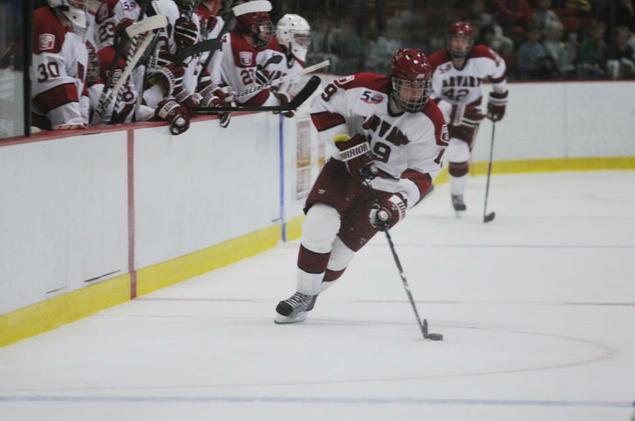 Around this time last year, the nation was in the throes of Linsanity. This year, a less heralded Harvard professional athlete is just getting started.

Alex Killorn ’12 notched his first career NHL goal Saturday for the Tampa Bay Lightning to help the team to an overtime win, 6-5, over the Florida Panthers. Killorn slid a wrister past the right pad of Panthers goaltender Jose Theodore to put Tampa Bay up, 2-1.

The center from Montreal has made an immediate impact for Tampa Bay after he was called up to start on February 10th at Madison Square Garden. In his first four games, Killorn has posted one goal, one assist, and a plus-one rating while playing on a line with Lightning franchise player Vincent Lecavalier.

The Lightning tabbed Killorn 77th overall in the 2007 NHL Entry Draft before a senior prep school season in which the center scored 55 points in 24 games for Deerfield Academy. At Harvard, Killorn led the Crimson in goals during his junior and senior seasons. The government concentrator graduated as a CCM Hockey All-American after posting a tournament-high 10 points during the ECAC postseason.

You can watch Killorn's first goal and read more about it here.