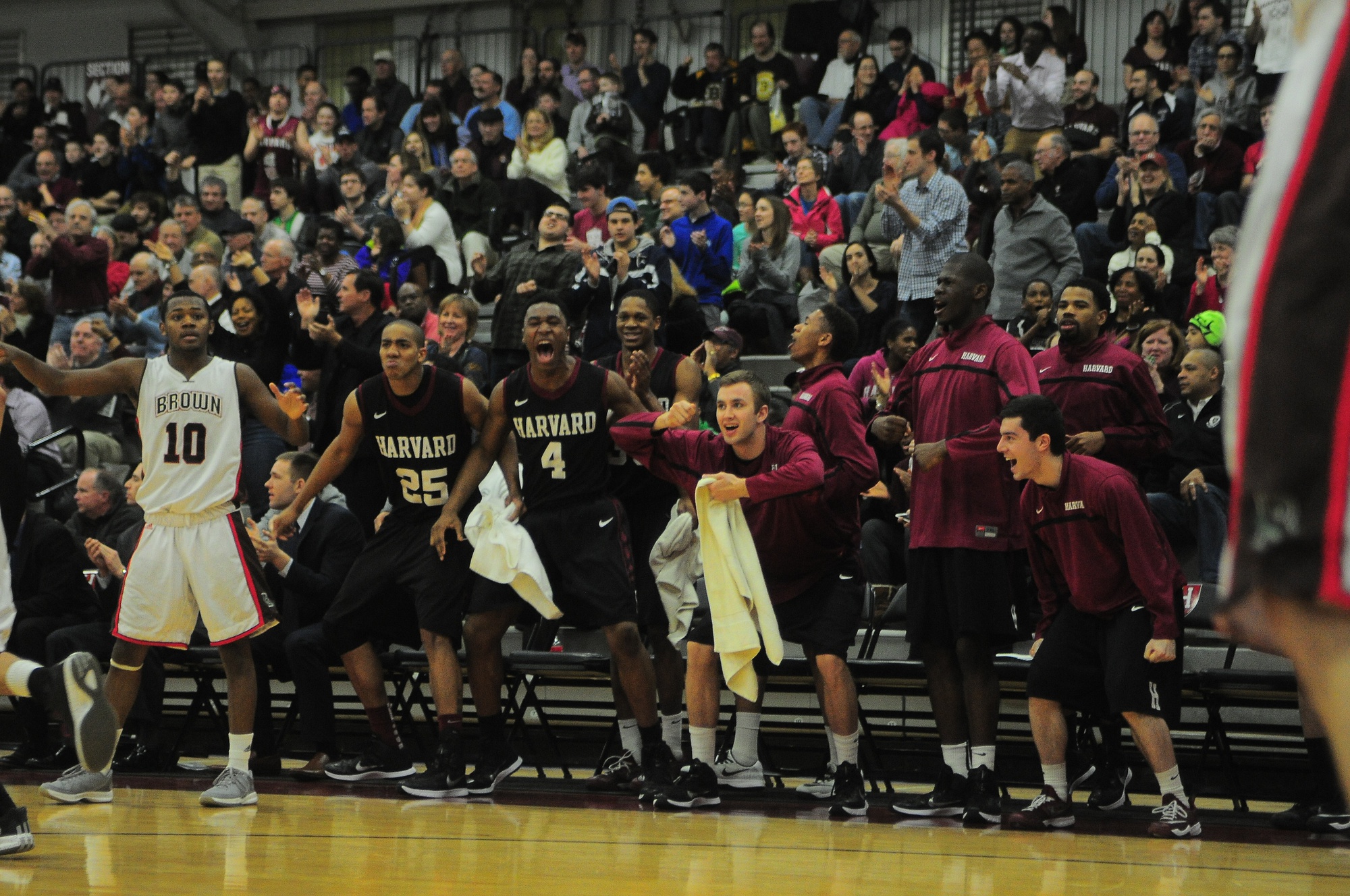 Most “Crimson Crazies” will tell you that the last time their team played on national television, co-captain Steve Moundou-Missi was jogging back on defense with a face of restrained jubilation after hitting a jumper with 7.2 seconds left to clinch his teams fourth consecutive NCAA tournament berth. While those fans wouldn’t be wrong, they might be a little misguided.

Though ESPN3 did broadcast that 53-51 win over Yale to a national audience, the last time the entire rest of the college basketball world was fixated on the Harvard men’s basketball team (22-7, 11-3 Ivy), the scene was much different. In a December matchup that pitted the Crimson against the undefeated No. 6 Virginia Cavaliers, a sold-out crowd and national audience watched as the Cavaliers toyed with the Crimson, who had been nationally ranked themselves only a couple of weeks prior.

As ESPNU’s Mike Couzens and Dan Dakich began desperately and awkwardly scrambling for anything other than basketball to talk about amidst the 76-27 blowout, one couldn’t help but feel sorry for the Crimson, who failed to reach double digits in the first half. To an outsider, Harvard looked like a lowly Ivy League team that had mistakenly wandered onto the grounds of an almighty ACC, a league home to 12 official NCAA Basketball championships, unable to handle the limelight of such elite competition.

In fact, that same outsider would likely say that Harvard coach Tommy Amaker’s squad will meet a similar fate when it faces off on national television against perennial powerhouse and No. 4 seed North Carolina. Undeniably, there are plenty of similarities between Thursday night’s matchup and Harvard’s embarrassment in Charlottesville, Va. Having to play another top tier ACC opponent is certainly daunting enough, but doing so on TNT with millions of people watching could spell disaster for the Ancient Eight champions.

While Harvard is certainly the underdog this week, blaming the spotlight instead of the competition after a Crimson loss would be imprudent and misguided.

This season, 28 of the Crimson’s 29 games were broadcast in some format, not to mention the preseason Crimson Madness event televised live on ESPN3 as part of ESPN's Midnight Madness coverage. While a majority of these broadcasts are on the Ivy League Digital Network, expanding in its second year, the Crimson was featured on regional networks like the New England Sports Network and American Sports Network and was visited by ESPN's SportsCenter only a week ago.

Nonetheless, just five years ago, Amaker’s squad was only featured in five nationally televised regular season contests.  However, over the past four years, Harvard has played in a total of 48 games that were nationally broadcast, going a solid 28-20 in those big matchups.

As a result, playing in big games has become something of a habit for Amaker’s seniors. Co-captain Steve Moundou-Missi and last year’s Ivy League Player of the Year, veteran wing Wesley Saunders, have been a part of it nearly the entire way. The Class of 2015 has already squared up against powerhouse programs such as UConn (three times), Michigan State, New Mexico, Cincinnati, Memphis, and Arizona—all on national television.

While the Tar Heels have certainly played in far more prime time and nationally televised contests than the Crimson this season, this has only been the first or second go-around in March for many of North Carolina’s players. Like Harvard, UNC has lost in its second game of the NCAA tournament the past two seasons, meaning few of its players have more experience in the Big Dance than the Crimson’s.

In fact, only two of the Tar Heels' four seniors were members of their 2012 Elite Eight run and those players played a combined 6.7 minutes per game in their freshman campaigns. Meanwhile, three of Harvard’s key players this season—Moundou-Missi, Saunders, and sophomore Corbin Miller—all logged double-digit minutes their freshman year, the same season Harvard faced SEC champion Vanderbilt on TNT in its opening game of the NCAA tournament.

In other words, North Carolina and Harvard have essentially equal experience playing on the big stage of the tournament, something that more and more Davids have become able to say as they step up to slay Goliath. This has become the recipe for an increasing number of March upsets in recent years as teams filled with upperclassmen are able to frazzle young stars who are blindsided by the bright lights and large audience of the Big Dance.