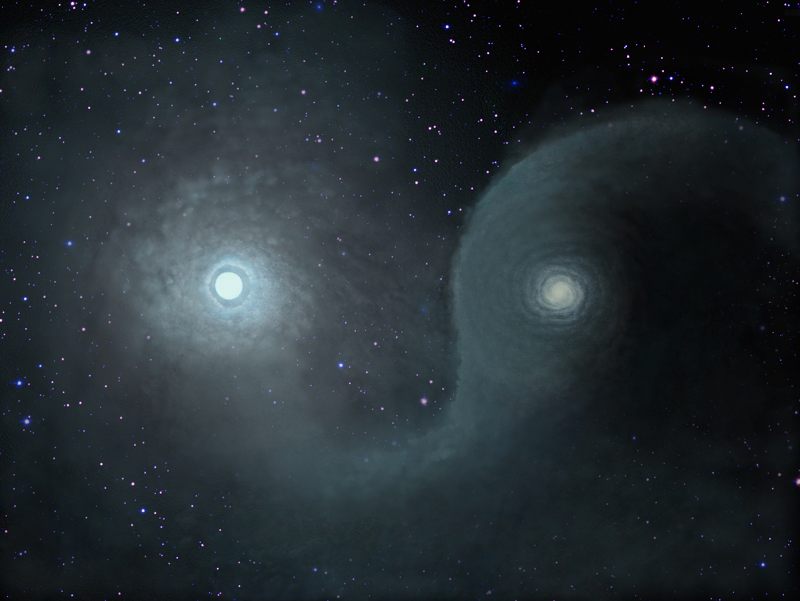 Today’s horoscopes are as follows. Cancer: This is a period of restlessness and change. Don’t forget yourself and where you came from. You are stronger than the waves ahead of you. Virgo: Remember that the people you love feel the same for you, even if it doesn’t always feel like it. Leo: You are meant for great things. You will achieve what you set out to do this week.

If any of that made you groan and roll your eyes, you’ve got company. Seventy-one percent of adults in the U.S. don’t believe in astrology. The reasoning for this disbelief varies. Some think horoscopes are purposefully vague, generic statements designed to make naive foals go, “Oh my god, so me!” Some think star signs are fun but ultimately braindead trivia for the backs of gossip magazines. Some simply don’t think the planets above have anything to do with the rocky molding of a personality on Earth.

I used to be one of these people. As a prospective Computer Science concentrator, I was ferociously proud of my perceived utter rationality. With my objective, analytical mind, I quickly denounced astrology’s resonance as mere law of large numbers.

But I am not a fully rational person — no one can be. We are living, breathing flesh, with minds full of weird ticks and idiosyncrasies. I roll rings around my fingers to calm myself; I duck around open ladders in doorways and open umbrellas indoors; I manifest good days by looking myself in the mirror before I leave and mouthing to myself that it’s going to be a good day.

It’s hard to admit, especially at Harvard, that not every one of our actions is Game Theory Optimal, the computed best response to all the given input. We think we have to be these pictures of logical, ice-cold intellect to be here, presenting ourselves with the same formality that we lay out argumentative essays and mathematical proofs. Of course we don’t believe in astrology.

But maybe we should take a moment before immediately dismissing astrology. People have attached divinity and prophecy and meaning to the stars since the second millennium BC, and today we throw away the practice in the span of seconds. We need to go back to the basics before making final decisions on the validity of astrology in our lives.

Forget all the surrounding narratives of pseudoscience and New Age beliefs. At its core, all astrology does is tell you about the sky as a snapshot of the moment when you were born. Where was Pluto, or Saturn, or the Moon? What constellation was peeking out over the horizon? From the meanings ascribed to these celestial objects and their relationships with each other, astrologers can begin to divine a sense of your selfhood.

It’s not necessary that every interpretation an astrologer makes regarding your birth chart is true. But learning about your natal chart, about these planets that are thought to map out potential challenges and ways of being, teaches you about yourself in the same way that a conversation with a friend reveals a parallel between your experiences, or a coin toss forces you on one side or another of a difficult decision. You look to the external and the unchanging as a steady hand with which to address the turbulence inside of you. Astrology is no different — its objects are just farther away.

On top of self-awareness, astrology teaches self-love. When you remove your line of sight from the immediacy of yourself and take on the space and perspective that astrology provides, you treat yourself with the kindness you afford struggling peers or older relatives. In the stars’ eyes, you are just a speck — but you are a significant one, created with intent, with every planet aligned just so at your birth. There is a powerful interplay between innateness and agency woven into astrology that allows you to remain secure in yourself while making positive change.

Look up into the night sky. Even if one star is in the wrong place, there are still millions more that might tell you something meaningful about yourself. Suspend your disbelief. Ignore the over-rational voice in your mind that throws in the towel at the first inconsistency. And run away into the stars with me, into the lovely starry night of you.

The Crime of Vaccine Stockpiling