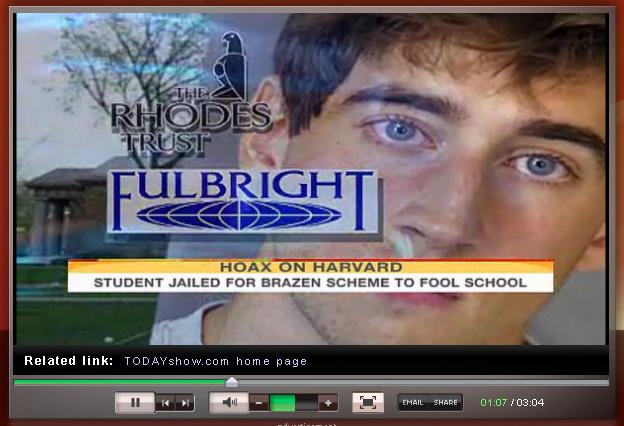 In response to the case of Adam B. Wheeler—a former Harvard student who was indicted on 20 counts of larceny, identity fraud, falsifying an endorsement or approval, and pretending to hold a degree—the national media and their affiliates scoured the Square yesterday for student reactions. Below, we've compiled some video clips that feature our fellow students.

Collin A. Jones '12: "They have a zero tolerance policy for plagiarism, and it's very well understood [...] that if you plagiarize on an assignment or on anything at all for a class you will be in trouble for it."

Wesley N. Hopkin '11: "I think a lot of people would agree with the actions taken by the University or by, I guess, the District Attorney in taking some punishment against this particular individual because it really hurts the reputation of the school."

Justin* T. Keenan '10: "He didn't [...] engage that many of us in conversation. He never attended any of the [...] transfer orientation events or anything."