Get an Adam Wheeler T-Shirt! 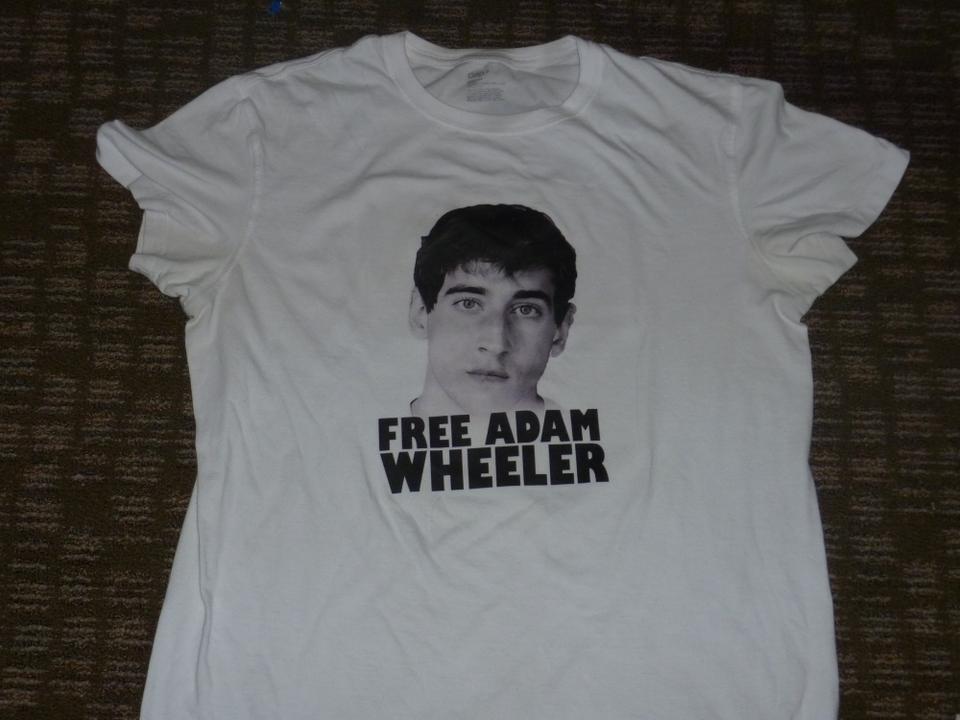 Individuals who wish to purchase a "Free Adam Wheeler" T-shirt should contact McFadden.

We're willing to bet that life has been rough for Adam B. Wheeler over the past few days, what with all the scandal about his scam that got him a spot at Harvard. But along with the national media frenzy and widespread condemnation of Wheeler, here at Harvard a few individuals have taken up his cause—or have they?

Now, thanks to the efforts of a few seniors, you can get your very own "Free Adam Wheeler" T-shirt.

James A. McFadden '10, one of the creators of the "Free Adam Wheeler" T-shirt enterprise, said the idea came to him and his blockmates out of boredom while sitting in the Greenhouse Café and watching news interviews about the Wheeler scandal. McFadden said the inspiration to make T-shirts was partly this "extremely ridiculous" media coverage.

"We thought that T-shirts were a good way to make a profit," said McFadden. "But we decided it was just important to break even and get his cause out there," he joked.

The shirts, which are made with iron-on transfers, feature the "Free Adam Wheeler" text along with his mugshot on the front, and a copy of his infamous fake resume on the back. The group is selling them for $15, or $5 if you provide your own shirt. McFadden estimated that they've sold about 10 so far, but said they are hoping to "set up shop" at the senior barbecue to sell more.

McFadden emphasized that he does not actually support Wheeler. "I think he’s pretty sketchy and probably morally bankrupt, but he’s a criminal mastermind," he said. "It’s pretty unbelievable and mind-boggling that he pulled this off."

At least onlookers don't seem to be confused. "I haven’t seen any backlash at all," said McFadden. "I expected to get some disapproving looks, but mostly people just congratulated us and told us that they want one."